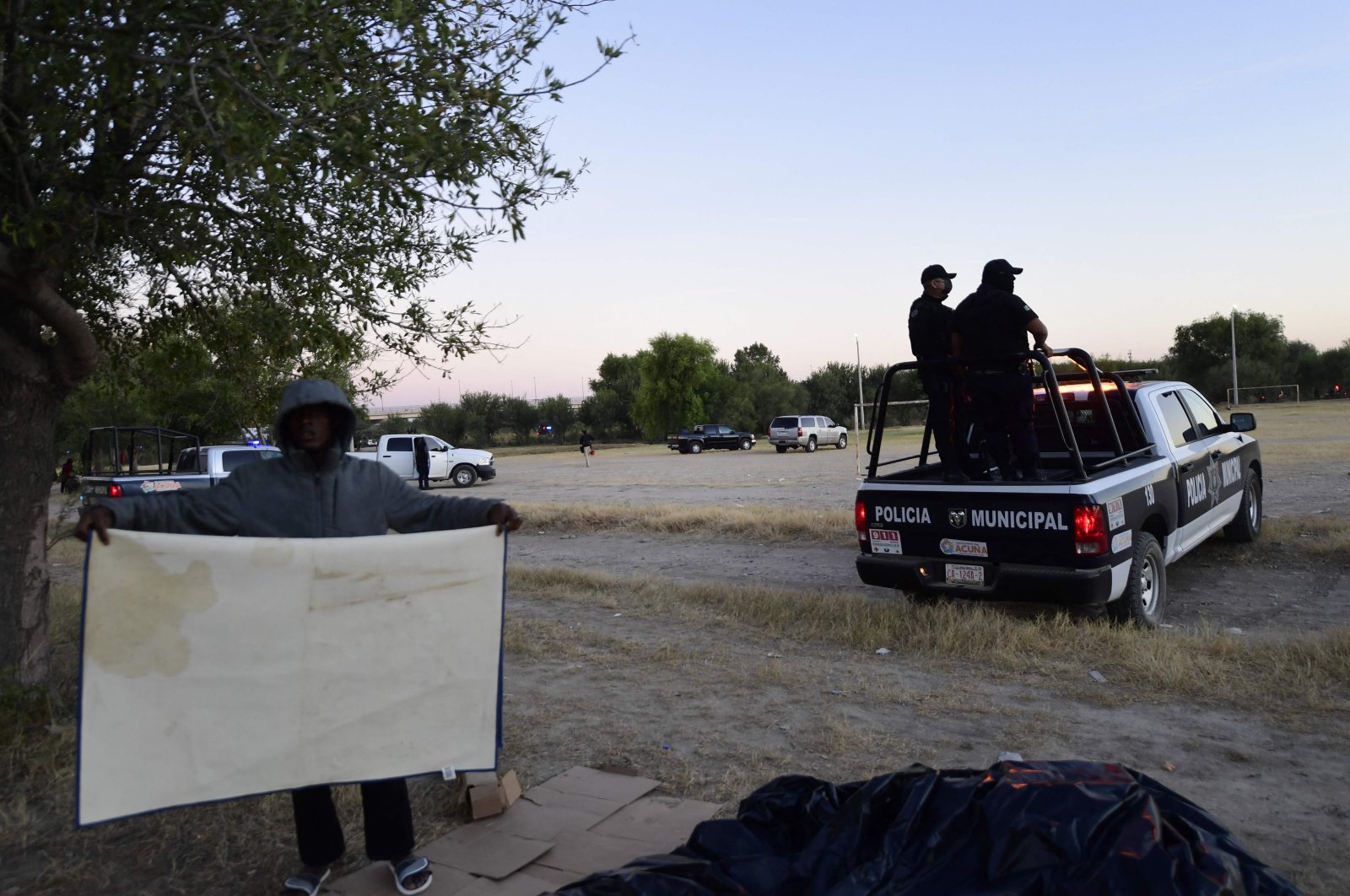 The dust never settles for migrants who have been waiting along the Texas border. The camp, hosting 14,000 people was dramatically smaller at dawn Thursday as the remaining Haitians woke up to the sound of helicopters thundering overhead.

Both governments appeared eager to end the increasingly politicized humanitarian situation at the border, even as the U.S. expulsion of Haitians to their troubled homeland caused blowback for the administration of President Joe Biden.

In Mexico, migrants who had camped in a park beside the river in Ciudad Acuna found state police trucks spaced every 30 feet (9 meters) or so between their tents and the water’s edge. Still, after anxious minutes of indecision, dozens of families opted to hustle into the river and cross at a point where there was only one municipal police vehicle, calculating it was better to take their chances with U.S. authorities.

The entrance to the park was blocked and just outside, National Guard troops and immigration agents waited along with three buses. A helicopter flew overhead.

The camp’s usual early morning hum was silenced as migrants tried to decide what to do.

Guileme Paterson, a 36-year-old from Haiti, appeared dazed. "It is a difficult moment,” she said before beginning to cross the Rio Grande with her husband and their four children.

The Mexican authorities’ operation appeared designed to drive the migrants back across the river into Texas. A fence line and the line of state police vehicles funneled the migrants back to the crossing point they had been using all week. The buses that had been waiting left empty.

"Bad, bad, bad, things are going badly,” said Michou Petion, carrying her 2-year-old son in her arms toward the river. Her husband carried bags of their belongings and had several pairs of sneakers dangling around his neck. "The U.S. is deporting a lot to Haiti, now I don’t know if I can enter or leave,” Petion said.

On the U.S. side, the government had been accelerating its efforts to clear the camp in recent days, releasing many migrants with notices to appear later before immigration authorities and flying hundreds of Haitians back to their country.

The camp held more than 14,000 people over the weekend, according to some estimates. Texas Gov. Greg Abbott, during a visit Tuesday to Del Rio, said the county’s top official told him the most recent tally was about 8,600 migrants. U.S. authorities have declined to say how many have been released in the U.S. in recent days.

The Homeland Security Department has been busing Haitians from Del Rio, a town of 35,000 people, to El Paso, Laredo and the Rio Grande Valley along the Texas border, and this week added flights to Tucson, Arizona, the official said. They are processed by the Border Patrol at those locations.

Meanwhile, Foote, who was appointed as U.S. envoy for Haiti only in July, wrote Secretary of State Antony Blinken that he was stepping down immediately "with deep disappointment and apologies to those seeking crucial changes.”

"I will not be associated with the United States inhumane, counterproductive decision to deport thousands of Haitian refugees and illegal immigrants to Haiti, a country where American officials are confined to secure compounds because of the danger posed by armed gangs to daily life,” he wrote.

"Our policy approach to Haiti remains deeply flawed, and my policy recommendations have been ignored and dismissed, when not edited to project a narrative different from my own.”

The career diplomat was known to be deeply frustrated with what he considered a lack of urgency in Washington and a glacial pace on efforts to improve conditions in Haiti. At least one top official in Haiti cheered Foote’s resignation as he accused the U.S. Border Patrol of violating the rights of Haitian migrants.

"This is the first time we see a U.S. diplomat who has decided to go against the will of the U.S. government,” Mathias Pierre, Haiti’s elections minister, told The Associated Press (AP). "We salute that.” He called on the U.S. government to improve its treatment of migrants and questioned why it seemed so focused on deporting them.