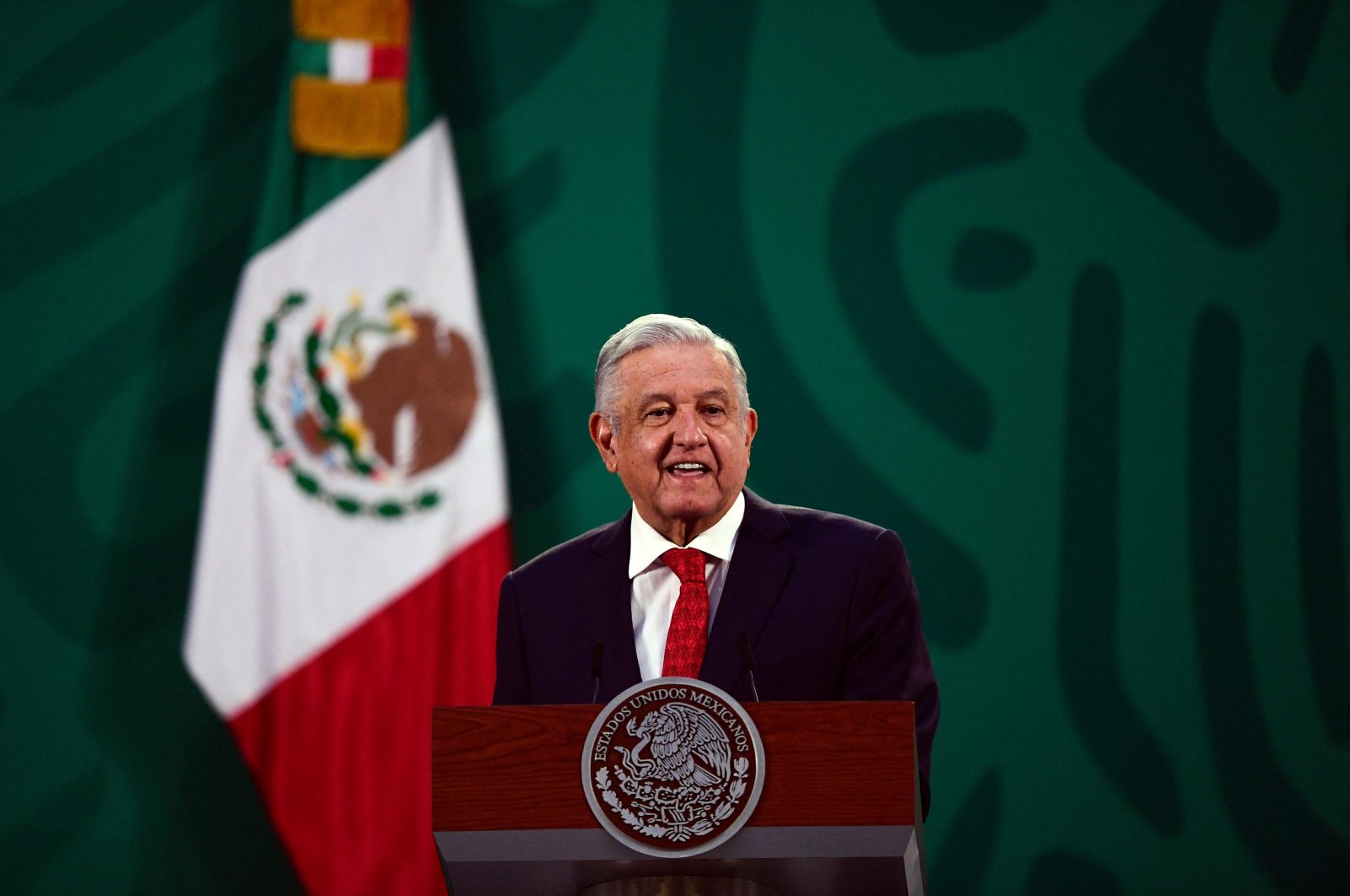 Mexican President Andres Manuel Lopez Obrador on Thursday at the White House virtual climate summit suggested work visas and eventually citizenship for workers of a vast tree planting program as he hopes to expand it to Central America.

In remarks at a White House virtual climate summit, Lopez Obrador said that Mexico aimed to expand his administration's signature "Sembrando Vida," or "Sowing Life," program to Central America, which he said is planting 700,000 trees.

Calling it "possibly the largest reforestation effort in the world," Lopez Obrador said the program aims to create 1.2 million jobs and plant 3 billion additional trees through expansion into southeastern Mexico and Central America.

"I add a complementary proposal, with all due respect, the U.S. government could offer those who participate in this program that after sowing their lands for three consecutive years, they would have the possibility to obtain a temporary work visa," Lopez Obrador said.

"And after another three or four years, they could obtain residency in the United States or dual nationality," he added.

Lopez Obrador did not make new commitments to cut greenhouse gas emissions. He has faced criticism for a pro-fossil fuel energy policy, but said Mexico is modernizing its hydroelectric plants to reduce the use of oil and coal in the production of electricity.

"The energy produced with water is clean and cheap, which is why we have decided to change old turbines for modern equipment, which will allow us to take advantage of the water from the reservoirs to produce more energy without building new dams and without causing any damage," he said.

Since taking office in December 2018, Lopez Obrador has prioritized the health of Mexico's state-owned energy behemoth Petroleos Mexicanos (Pemex) over wind and solar.

The president says renewable energy companies were given excessively generous contracts by previous administrations and sees the tree planting program as a major plank of his climate change mitigation strategy.

Mexico Foreign Minister Marcelo Ebrard on Wednesday said he had spoken to U.S climate envoy John Kerry and they agreed on the priority of reducing methane gas emissions and recovering the rainforest of southern Mexico and Central America.

The statement made no mention of carbon emissions.

At the virtual conference, Lopez Obrador also framed worker opportunities through tree planting as a potential way to address a cycle of poverty that has led millions of people to leave Mexico and Central America in recent years.

"The migratory phenomenon, as we all know, is not resolved with coercive measures, but with justice and wellbeing," Lopez Obrador said, adding that Biden was a "sensitive man" who understood the spirit of work.

Lopez Obrador has tended to skip international events and has only left Mexico once, to meet with then-U.S. President Donald Trump, since assuming power.