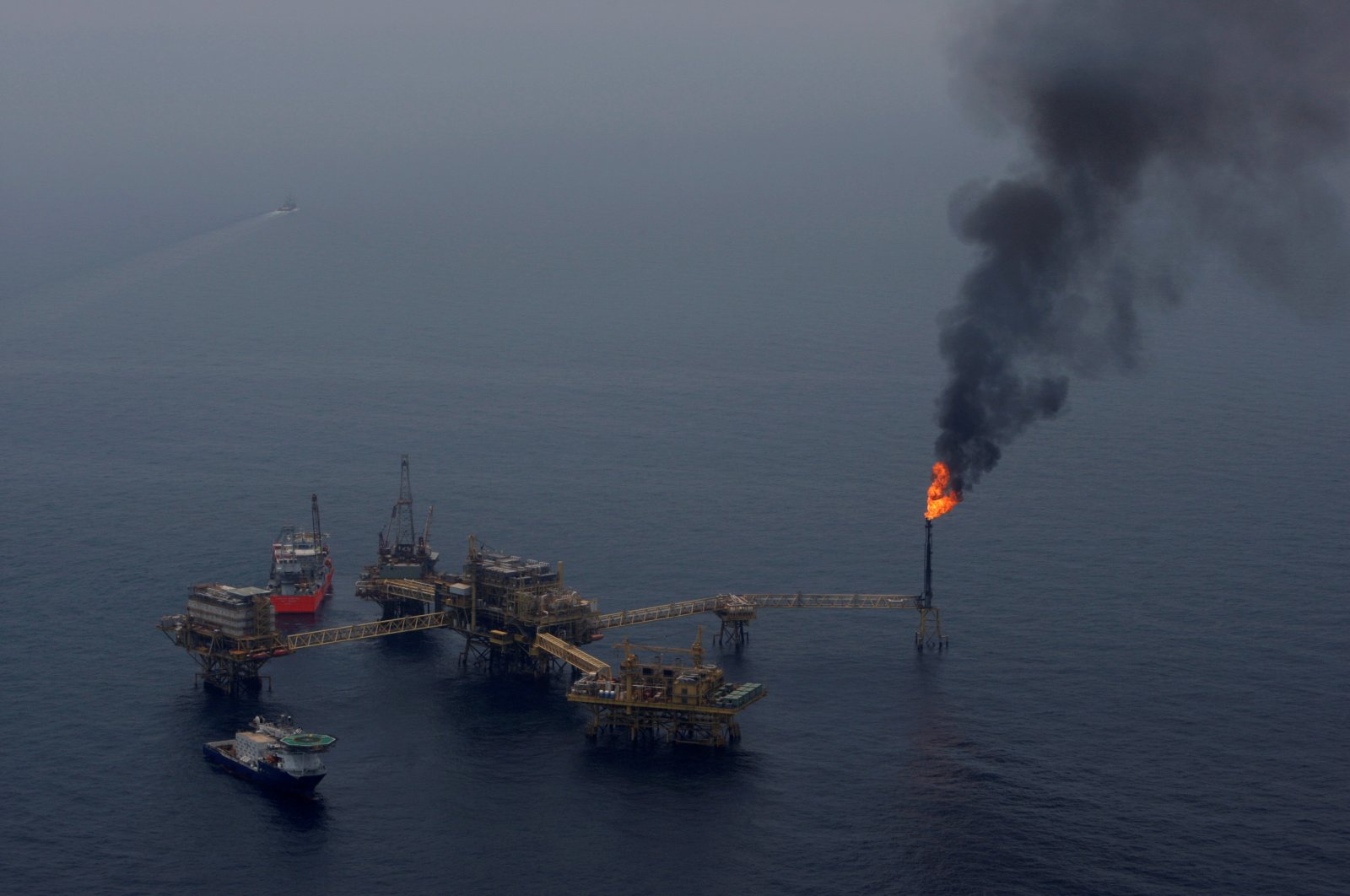 Mexico’s state-owned oil company said Monday five workers were killed, two workers are missing and six were injured in a massive fire at one of its oil platforms in the Gulf of Mexico.

Petroleos Mexicanos said the fire at the processing platform in the Ku-Maloob-Zaap field had been brought under control Sunday.

The company said the blaze caused the shutdown of 125 wells in the field, which will reduce Mexico’s daily output of oil equivalents by 421,000 barrels per day. That is equivalent to about one-quarter of Mexico's daily production of almost 1.7 million barrels.

It was unclear what possibility remained of finding the two missing workers. The platform was badly charred. The company's director, Octavio Romero, said some of the workers killed were carrying out routine maintenance and cleaning of gas lines on the platform.

Romero said the company would try to restore production “as soon as possible.” A replacement generator would have to be brought in to resume electricity supplies to the wells. Romero expressed hope that the wells could be brought back on in a piecemeal fashion starting “today or tomorrow.”

The platform is used to compress gas to reinject it into wells to stimulate oil pumping, and to supply electricity.

The company, known as Pemex, said it was undertaking an “exhaustive search” for the missing. Pemex said three of the injured are its employees and three others are employed by a subcontractor.

One of the dead is a Pemex employee and the other four are from the subcontractor, Cotemar.

One of the injured workers is in a serious condition. The two missing workers are from another subcontractor. The maintenance work was being carried out by the subcontractors.

Romero said investigations are continuing into the cause of the accident.

“This was the result not of an equipment failure, not of a lack of maintenance, but rather of planned (maintenance) work, where what occurred is known as an accident,” Romero said. “Why did it occur? That is something we will find out in coming days,” he explained.

The administration of President Andrés Manuel López Obrador has gone on a ruthless cost-cutting campaign, and critics have said that – along with Pemex's staggering debt load – may have affected investment in safety and maintenance.

But Romero hotly denied that.

“This is not due to an issue of lack of investment, as some media outlets have said,” Romero said. “It is an issue related to the inherent risks of the oil industry.”

The accident comes less than two months after another Petroleos Mexicanos pipeline in the Gulf leaked, causing a strange subaquatic fireball that Pemex said was caused by a bizarre chain of events, including a lightning storm and a simultaneous gas pipeline leak.

A leak in an underwater pipeline allowed natural gas to build up on the ocean floor and once it rose to the surface on July 2, it was probably ignited by a lightning bolt, the company said.