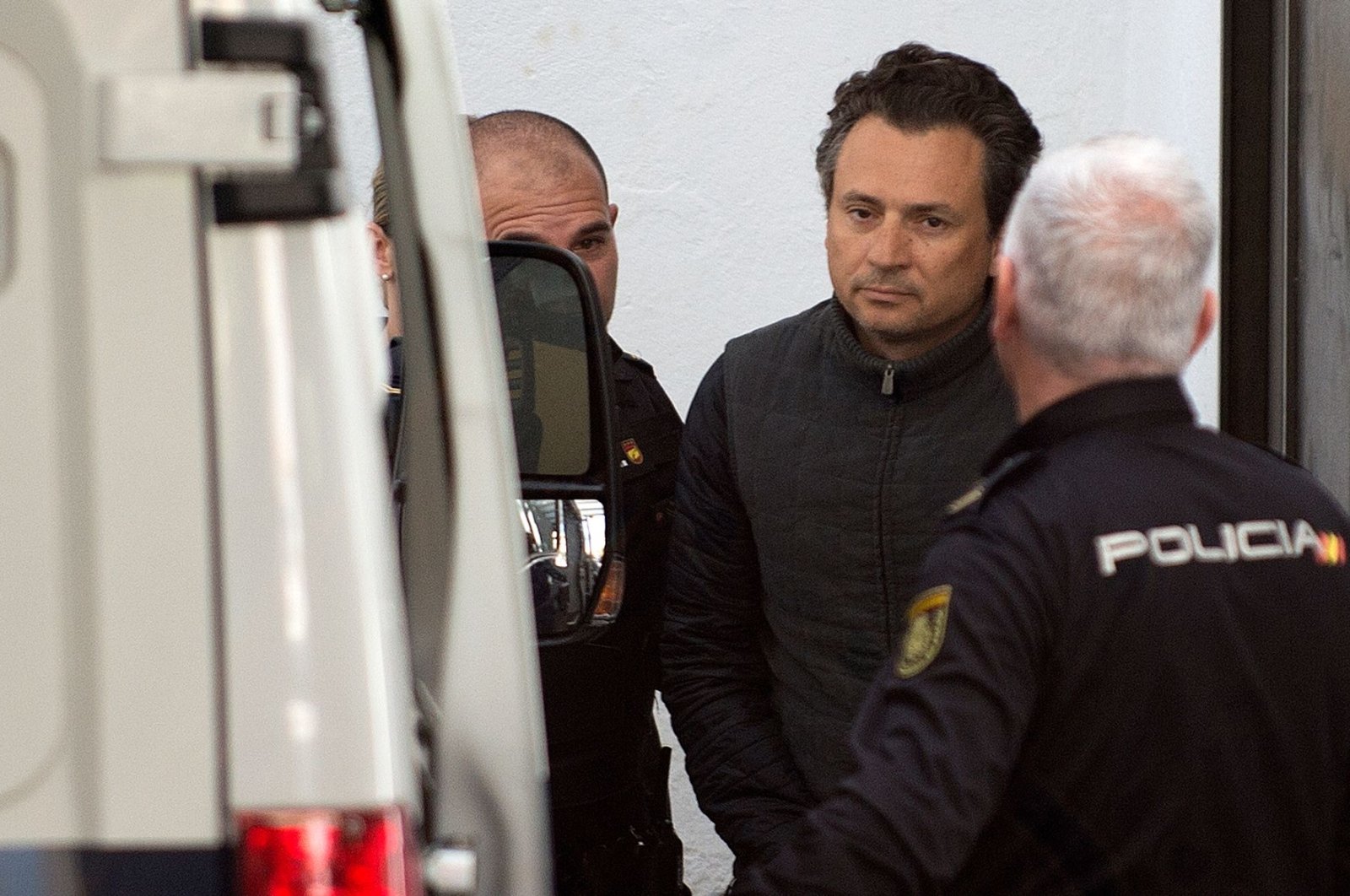 Mexican President Andrés Manuel López Obrador’s insistence on a public airing of a rapidly widening corruption scandal could complicate the investigation, and it is drawing questions about whether he would be doing this if the accusations were against his own supporters rather than opposition figures.

Those questions came to the fore Thursday when a new video emerged of a man who is now a high-ranking official of López Obrador’s administration passing a bundle of cash to the president’s brother in 2015.

David León served until recently as the civil defense director for López Obrador and was scheduled to take over Mexico’s coronavirus vaccine and medical procurement efforts. But León said after the new video emerged that he would not accept the new post "as long as my current situation is cleared up, so as not to affect the government of Mexico."

León wrote in his Twitter account that the video was from five years ago, when he was a private political consultant and did not hold any government post. He said he was working at that time "to collect funds from people I knew to hold rallies and other activities."

Apart from handing an envelope with about $20,000 to Pío López, the president’s brother, León discusses delivering a total of about $100,000 over the course of months. The two are heard discussing arrangements like getting microphones and stages, apparently for the small-scale rallies López Obrador held around that time.

It was unclear if any illegality was involved. Private campaign donations are strictly regulated in Mexico, but López Obrador was not a candidate for any office at the time.

And the amounts discussed are tiny when compared to reports of tens of millions in bribes that the former head of Mexico’s state-run oil company said were handed around in the administration of López Obrador’s predecessor as president, Enrique Peña Nieto.

Lozoya’s testimony was leaked this week, and López Obrador seemed unapologetic. He has said he wants the public to see the details of the alleged corruption that has now implicated at least three former presidents and more than a dozen other politicians.

Peña Nieto has not commented publicly on the allegations, but the others have issued strong denials.

Calderón said the allegations are politically motivated. He said via Twitter that the document’s leak confirms that López Obrador is using Lozoya "as an instrument of revenge and political persecution. Justice doesn’t interest him, but rather lynching, making in my case ridiculous accusations.”

Lozoya accused Peña Nieto and his closest associates of using bribes from the Brazilian construction company Odebrecht to help win the presidency and then to pass the energy sector overhaul that could greatly benefit that company and others. To that end, some opposition lawmakers were bribed for their votes, he alleges. Other allegations carried over from the prior administration of Calderón.

López Obrador did not appear upset about the leaked testimony, saying Thursday that he wants the public to see a video given by Lozoya to prosecutors showing opposition political operatives stuffing stacks of cash into a duffel bag. The tape was leaked this week – it’s not clear by whom.

The president also said he wanted Mexicans to read Lozoya’s full statement about the alleged corruption during previous administrations. That, too, also was leaked.

On Wednesday the Attorney General’s Office promised to investigate the leaks.

Pressed on whether he would be satisfied if the corruption allegations were made public but those involved were not successfully prosecuted, López Obrador said it would be up to the attorney general.

"It’s an advance to have information," he said. "Before, this wasn’t known."

López Obrador added: "We aren’t persecuting anyone. What we want is to end corruption."

In addition to putting many of López Obrador’s rivals on the defensive, for the past month the scandal has distracted attention from the coronavirus pandemic, in which more than 58,000 people have died in Mexico and the economy is forecast to shrink 10% this year.

The emerging scandal and speculation surrounding it accelerated in July, when Lozoya reached an agreement with Mexican authorities to drop his extradition fight and cooperate with the investigation.

Attorney General Alejandro Gertz Manero has expressed discomfort with the amount of public commentary that the president makes about the case. He is the first attorney general to preside over the office since reforms made it more autonomous.

"That actually puts a lot of importance on how Gertz asserts his autonomy from the executive branch," said Maureen Meyer, vice president for programs and director for Mexico and migrant rights at the Washington Office on Latin America.

In a report published this week, the Washington-based think tank and advocacy group said that probably the biggest reason to give the attorney general more autonomy from the executive branch "was precisely to remove political influence over criminal investigations."

Prosecutors need to collect the evidence to support Lozoya’s allegations or it will bolster critics who say the investigation is really just a way to taint political rivals, Meyer said. The constant publicizing of details of the investigation poses a risk. But if Mexico were able to successfully prosecute a former president it would be difficult to overestimate its impact.

"It would be a clear sign that Mexico is working to turn the page on tolerance for corruption in the country," she said. "But again, it has to be based on evidence that can be proven in court."