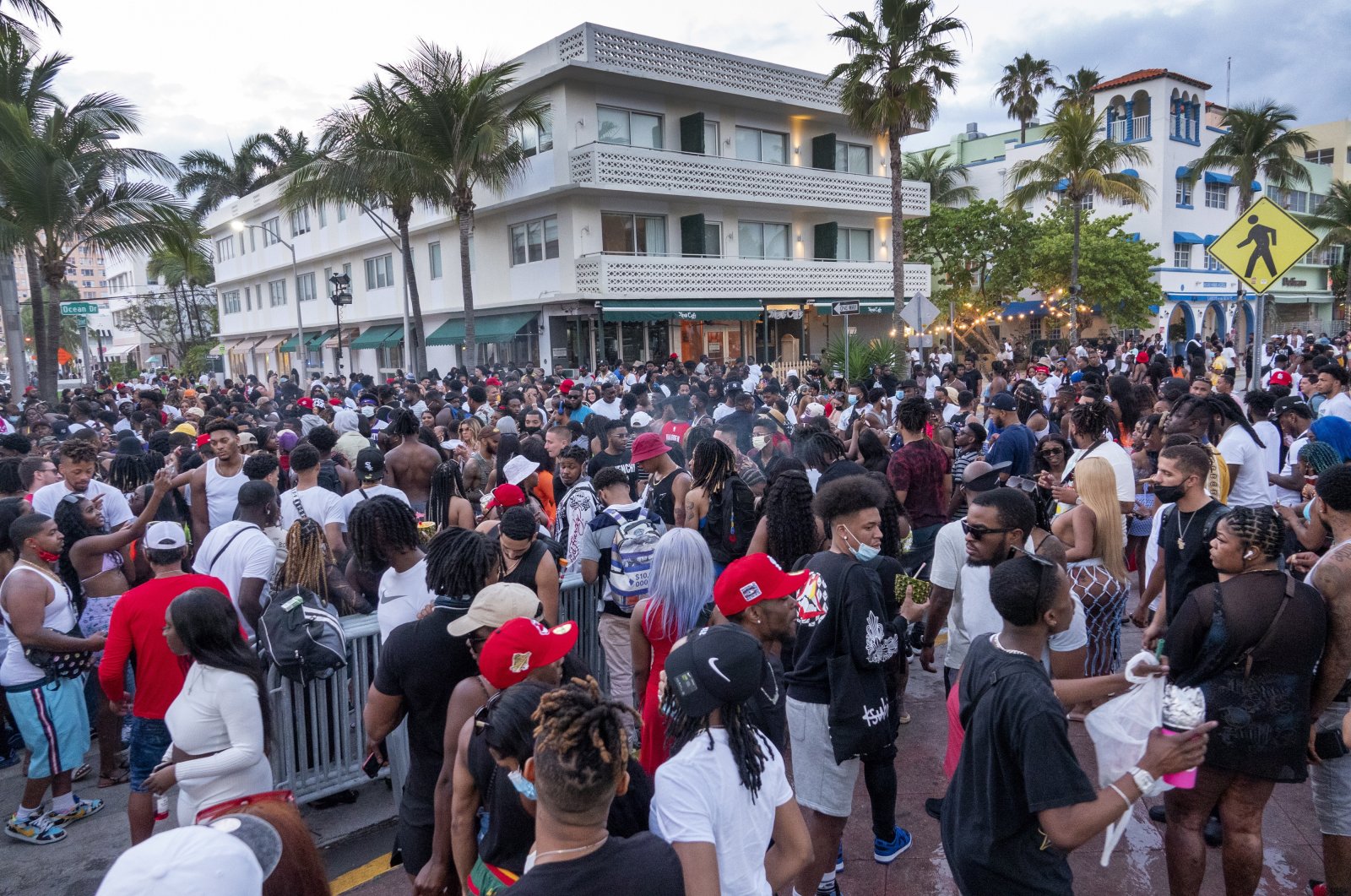 Throngs of revelers flocking to Miami Beach in Florida for spring break have become so uncontrollable that authorities declared a state of emergency Saturday and imposed a curfew meant to quash the party.

The move marks the second year in a row that fun has been curtailed at the popular spring break destination – last March because the pandemic was just ramping up and this year due to unruly and destructive crowds.

Authorities announced Saturday that visitors must be off the street and that restaurants would close their doors at 8:00 p.m. in South Beach, the epicenter of the city's nightlife, following an increase of violence and vandalism over recent days.

"It kind of sucks," said John Perez, a student from Texas having beers with a group of friends on the sand, despite police efforts to prevent alcohol consumption on the beach.

In addition to the curfew, the three bridges that connect the Miami Beach island to mainland Miami will now be closed to traffic from 10:00 p.m. to 6:00 a.m.

Only residents, workers and hotel guests will have access.

"It's been so much fun out here, you know, like we got the warm weather, you got the beach," 22-year-old Perez said.

Miami Beach is no stranger to uncontrollable spring break crowds, but this year, with approximately 13% of U.S. residents vaccinated, the atmosphere is particularly festive and the illusion that the pandemic is now under control is pervasive.

"Just go get your vaccine y'all so that you could come out here and have a good time like us because we vaccinated, baby," Jalen Rob, another student from Texas, told AFP.

Another man, with his face painted like the Joker, stood on top of a car yelling "COVID’s over, baby!" while waving an American flag, in a video posted to Twitter by filmmaker Billy Corben.

Acting City Manager Raul Aguila said the city's curfew moves were "all about the public safety."

Miami Beach Mayor Dan Gelber said Saturday while announcing the curfew that "the volume is clearly more than it's been in previous years."

Over the last several days viral videos have emerged showing fights in restaurants which caused serious damage in addition to prompting diners to flee without paying expensive bills, according to local press reports.

On Thursday night "we had an issue where hundreds of people ran at one particular time. Tables and chairs were thrown and used as weapons," he said.

He added that police had hoped it was a one-time event but "last night we had three of those situations and we had a young lady that got hurt as a result of trying to run away from a crowd."

One of the city's most iconic venues, The Clevelander South Beach, announced Friday that it was closing its restaurants and bars and would keep only the hotel running.

"We can't continue to be fortunate. We have to do some things that are going to mitigate those circumstances," Clements said.