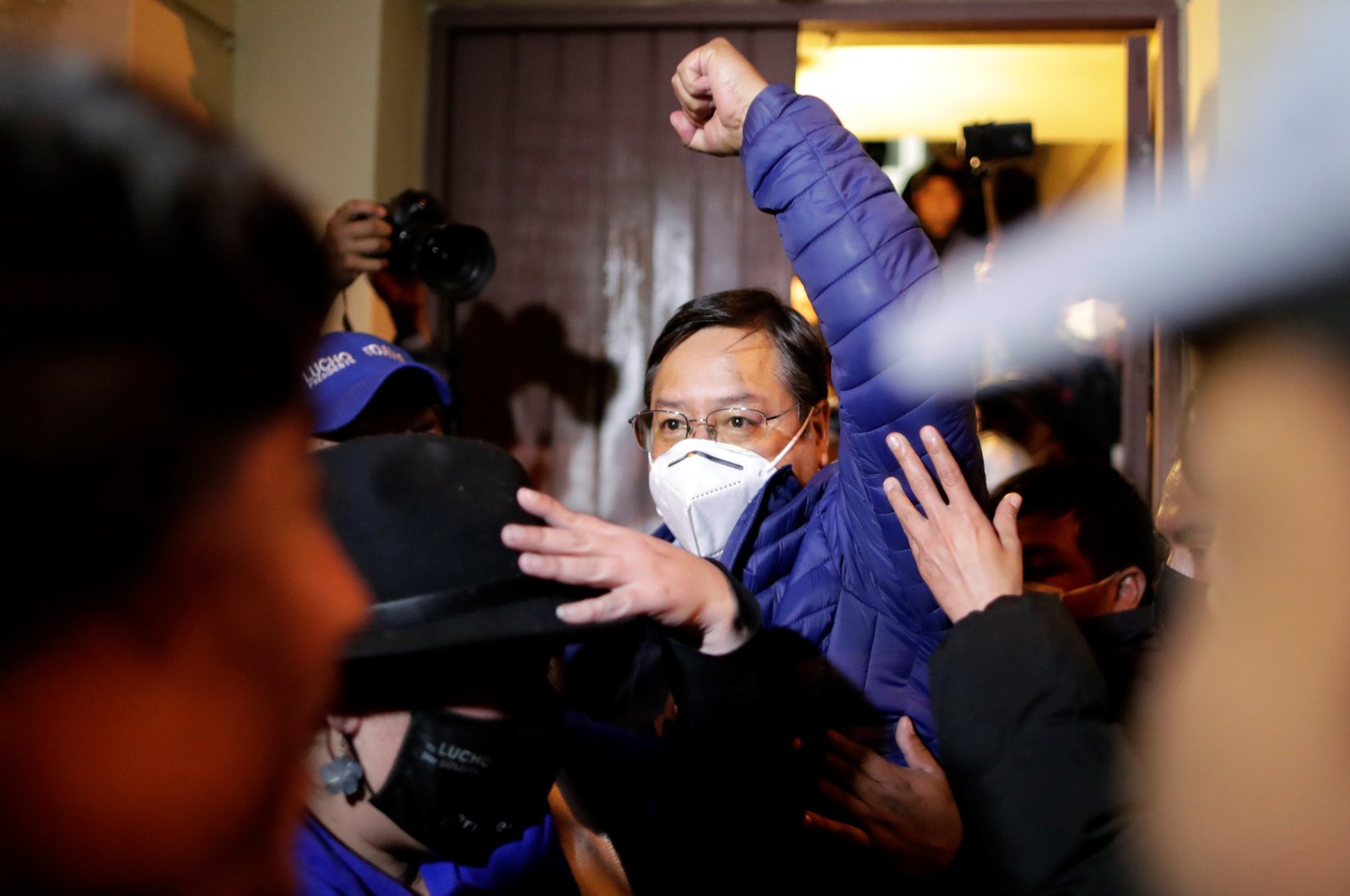 Luis Arce, presidential candidate of the Movement to Socialism party (MAS), raises his fist after an unofficial rapid count of the vote indicated he is set to win the country's presidential election without the need for a run-off, La Paz, Oct. 19, 2020. (REUTERS Photo)
by Agencies Oct 19, 2020 1:46 pm
RECOMMENDED

Exit polls showed that Bolivian left-wing presidential hopeful Luis Arce, a candidate of the party of former President Evo Morales, won the presidency in the South American country with 52% of the vote.

Breaking tense silence, Morales announced Arce would be the next president of the nation, according to the Movement for Socialism (MAS) party's ballot-counting system.

The interim President Jeanine Áñez – an archrival of Morales – recognized that the socialist movement looked set to return to power in what looked to be a major jolt to South America's beleaguered left.

Arce, who oversaw a surge in growth and reduction in poverty as Morales' economy minister for more than a decade, would face an uphill battle trying to jumpstart growth this time.

Morales was barred from running in Sunday’s election, even for a seat in congress, and faces prosecution on what are seen as trumped-up charges of terrorism if he returns home. Few expect the sometimes-irascible politician to sit by idly in a future Arce government.

Bolivia, once one of the most politically volatile countries in Latin America, experienced a rare period of stability under Morales, the country’s first Indigenous president. He led Bolivia from 2006 until 2019 and was the last survivor of the so-called "pink wave" of leftist leaders that swept into power across South American during a commodities boom. Morales was deposed in what he calls a ''coup'' after he was denied a fourth term in the follow up of last year's election. Bolivia since then has been ruled by an interim government and the ex-president is in exile in Argentina.

The Trump administration, which celebrated Morales' departure as a watershed moment for democracy in Latin America, has been more cautious as Morales' handpicked successor surged in the polls. A senior State Department official this week said the U.S. is ready to work with whomever Bolivians select in a free and fair vote.