More than 10,000 arrested at nationwide US anti-racism protests 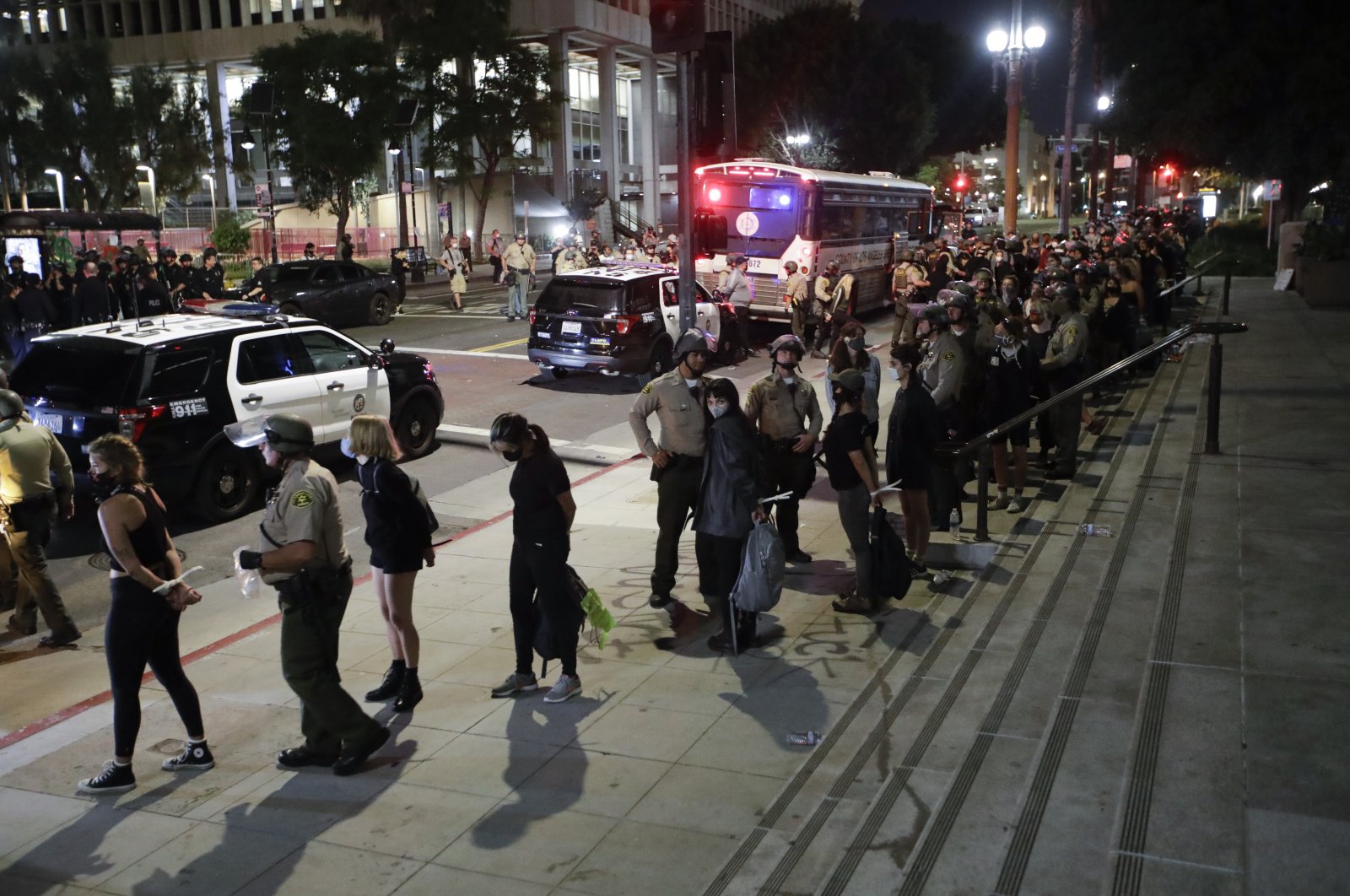 As the U.S. has been roiled by nationwide protests against the killing of George Floyd, over 10,000 people were arrested from New York to Los Angeles

As thousands of people took to the streets in the United States to protest police brutality in the wake of George Floyd's death, more than 10,000 were arrested. The count continued to grow by the hundreds each day as protesters spilled onto the streets and encountered a heavy police presence and curfews that give law enforcement special powers to arrest anyone they consider out of line.

Los Angeles has had more than a quarter of the national arrests, followed by New York, Dallas and Philadelphia. Many of the arrests have been for low-level offenses such as curfew violations and failure to disperse. Hundreds were arrested on burglary and looting charges. Many cities delayed the start of their curfews by several hours Wednesday after looting and violence had subsided the previous night, while Seattle scrapped its curfew with immediate effect.

As cities were engulfed in unrest last week, politicians claimed that the majority of the protesters were outside agitators, including a contention by Minnesota's governor that 80% of the participants in the demonstrations were from out of state.

The arrests in Minneapolis during a frenzied weekend tell a different story. In a nearly 24-hour period from Saturday night to Sunday afternoon, 41 of the 52 people cited with protest-related arrests had Minnesota driver's licenses, according to the Hennepin County sheriff.

In the nation's capital, 86% of the more than 400 people arrested as of Wednesday afternoon were from Washington, D.C., Maryland and Virginia. It is not known how many of the people arrested were locked up – an issue at a time when many of the nation's jails are dealing with coronavirus outbreaks. The protesters are often placed in zip-ties and hauled away from the scene in buses.

Three far-right extremists were also arrested by an anti-terror unit at Las Vegas protests. The men allegedly belong to the "Boogaloo" movement, which has adopted Hawaiian shirts as a uniform and which promotes "a coming civil war and/or collapse of society," said a Nevada federal prosecutor. "Violent instigators have hijacked peaceful protests and demonstrations across the country, including in Nevada, exploiting the real and legitimate outrage over Mr. Floyd's death for their own radical agendas," said the Nevada prosecutor, Nicholas Trutanich. Reports of far-right activists, sometimes heavily armed, infiltrating the protests over the past week have included several claiming to be part of the "Boogaloo" movement.

Protests have been ongoing despite new charges brought Wednesday against Minneapolis officers in the killing of Floyd. The arrest of all four officers has been a focus for tens of thousands of protesters who have marched the streets of dozens of U.S. cities, often defying curfews to condemn police brutality and demand racial justice.

In Minnesota, prosecutors had initially charged 44-year-old Derek Chauvin, the white officer filmed kneeling on Floyd's neck for nearly nine minutes, with third-degree murder. But they said Wednesday they were upgrading the charge, roughly akin to manslaughter, to second-degree murder, which does not involve premeditation but carries stiffer penalties.

Chauvin's three colleagues at the scene of Floyd's May 25 arrest for allegedly seeking to buy cigarettes with a counterfeit bill are accused of being complicit in the killing. Tou Thao, 34, J. Alexander Kueng, 26, and Thomas Lane, 37, were charged with aiding and abetting second-degree murder and taken into custody.