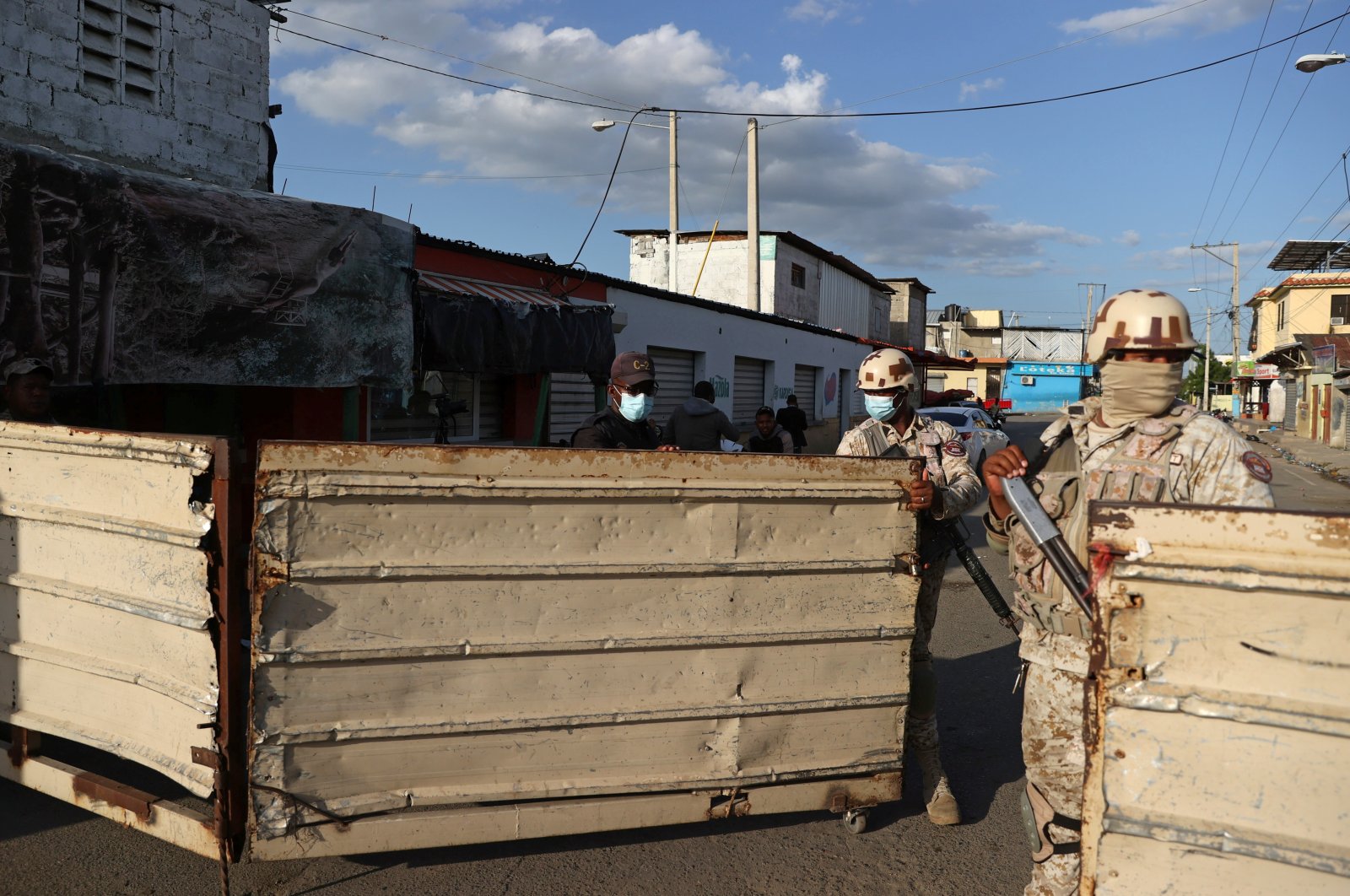 The assassination of Haiti's President Jovenel Moise has created a power vacuum, in addition to political unrest, a surge in gang violence and a growing humanitarian crisis bringing more suffering to the poorest nation in the Americas

An already struggling and chaotic Haiti stumbled into an uncertain future Thursday. The country reeling from the assassination of President Jovenel Moise was followed by a reported gunbattle in which authorities said police killed four suspects in the murder, detained two others and freed three officers being held hostage.

Officials pledged to find all those responsible for the predawn raid on Moise’s house early Wednesday that left the president shot to death and his wife, Martine Moise, critically wounded. She was flown to Miami for treatment. "The pursuit of the mercenaries continues,” Leon Charles, director of Haiti’s National Police, said Wednesday night while announcing the arrests of suspects. "Their fate is fixed: They will fall in the fighting or will be arrested,” he added.

Officials did not provide any details on the suspects, including their ages, names or nationalities, nor did they address a motive or what led police to the suspects. They only said that the attack – condemned by Haiti's main opposition parties and the international community – was carried out by "a highly trained and heavily armed group" whose members spoke Spanish or English.

Prime Minister Claude Joseph assumed leadership of Haiti with help of police and the military and decreed a two-week "state of siege" following Moise's killing, which stunned a nation grappling with some of the Western Hemisphere’s highest rates of poverty, violence and political instability. Inflation and gang violence are spiraling upward as food and fuel become scarcer, while 60% of Haitian workers earn less than $2 a day.

The increasingly dire situation comes as Haiti is still trying to recover from the devastating 2010 earthquake and Hurricane Matthew in 2016 following a history of dictatorship and political upheaval. Those in Haiti and family and friends living abroad wondered what is next.

"There is this void now, and they are scared about what will happen to their loved ones,” said Marlene Bastien, executive director of Family Action Network Movement, a group that helps people in Miami’s Little Haiti community. She said it was important for the administration of United States President Joe Biden to take a much more active role in supporting attempts at national dialogue in Haiti with the aim of holding free, fair and credible elections.

Bastien said she also wants to see the participation of the extensive Haitian diaspora: "No more band-aids. The Haitian people have been crying and suffering for too long.”

Moise was killed in a middle-of-the-night attack on his residence near the capital Port-au-Prince. The Haitian Embassy in Washington described Moise's killing as a "well-coordinated attack by a highly trained and heavily armed group." The embassy called the 53-year-old president, who critics derided as an autocrat, a "true statesman ... dedicated to progressing our country's democratic transition and fighting corruption." They said he had "died in defense of democracy."

Haiti has been mired in a deep political crisis for years, with protests against Moise's rule repeatedly paralyzing the country. He had been ruling the country by decree since his administration failed to hold legislative elections in October 2019. Haiti has not had a parliament since the start of the new legislative period in January 2020. It was not immediately clear who would succeed Moise as president or who was calling the shots in the country.

According to Haiti’s Constitution, Moise should be replaced by the president of Haiti’s Supreme Court, but the chief justice died in recent days from COVID-19, leaving open the question of who might rightfully succeed to the office.

Joseph, meanwhile, was supposed to be replaced by Ariel Henry, who had been named prime minister by Moise a day before the assassination. Henry told The Associated Press (AP) in a brief interview that he is the prime minister, calling it an exceptional and confusing situation. In another interview with Radio Zenith, he said there was no fight between him and Joseph: "I only disagree with the fact that people have taken hasty decisions ... when the moment demands a little more serenity and maturity.”

Hours after the assassination, public transportation and street vendors remained largely scarce, an unusual sight for the normally bustling streets of Port-au-Prince. Gunfire rang out intermittently across the city, a grim reminder of the growing power of gangs that displaced more than 14,700 people last month alone as they torched and ransacked homes in a fight over territory.

Robert Fatton, a Haitian politics expert at the University of Virginia, said gangs were a force to contend with and it is not certain Haiti’s security forces can enforce a state of siege.

"It’s a really explosive situation,” he said, adding that foreign intervention with a U.N.-type military presence is a possibility. "Whether Claude Joseph manages to stay in power is a huge question. It will be very difficult to do so if he doesn’t create a government of national unit,” he added.

Joseph told Associated Press (AP) that he supports an international investigation into the assassination and believes elections scheduled for later this year should be held as he promised to work with Moise’s allies and opponents alike. "Everything is under control,” he said. "Democracy and the republic will win."

The Haitian government declared a 15-day state of siege as well as 15 days of mourning, with Joseph signing decrees for both Wednesday. The state of siege allows the government to use the military for police duties and restrict civil liberties. Presidential and parliamentary elections, as well as a constitutional referendum, are scheduled for Sept. 26 in the Caribbean state.

Moise's killing drew condemnation from around the world and worries about the island's stability.

In a statement, Biden condemned the "heinous" act, offered his "sincere wishes for first lady Moise’s recovery," and offered Washington's support to Haiti. According to Deutsche Presse-Agentur (dpa) Joseph spoke with U.S. Secretary of State Antony Blinken Wednesday. Joseph promised he would have a dialogue with Haitian opposition leaders to maintain peace and make sure the elections are held according to the agreed timetable. He also met with what is known as the "Core Group" of the international community in Haiti, including the German ambassador, Joseph's office said. He assured them that through his leadership of the council of ministers, he could guarantee the state would continue to function and that he had the situation under control, his office said in a statement.

Fighting by gangs for control of parts of the capital Port-au-Prince has driven almost 15,000 people to flee since the beginning of June, according to United Nations figures. It is an open secret in the former French colony that the gangs have ties to politicians. Violence also repeatedly emanates from security forces.

Moise was not the first Haitian head of state to be killed in office. The first ruler of the independent country after the revolution of self-liberated slaves, Jean-Jacques Dessalines, met the same fate in 1806.