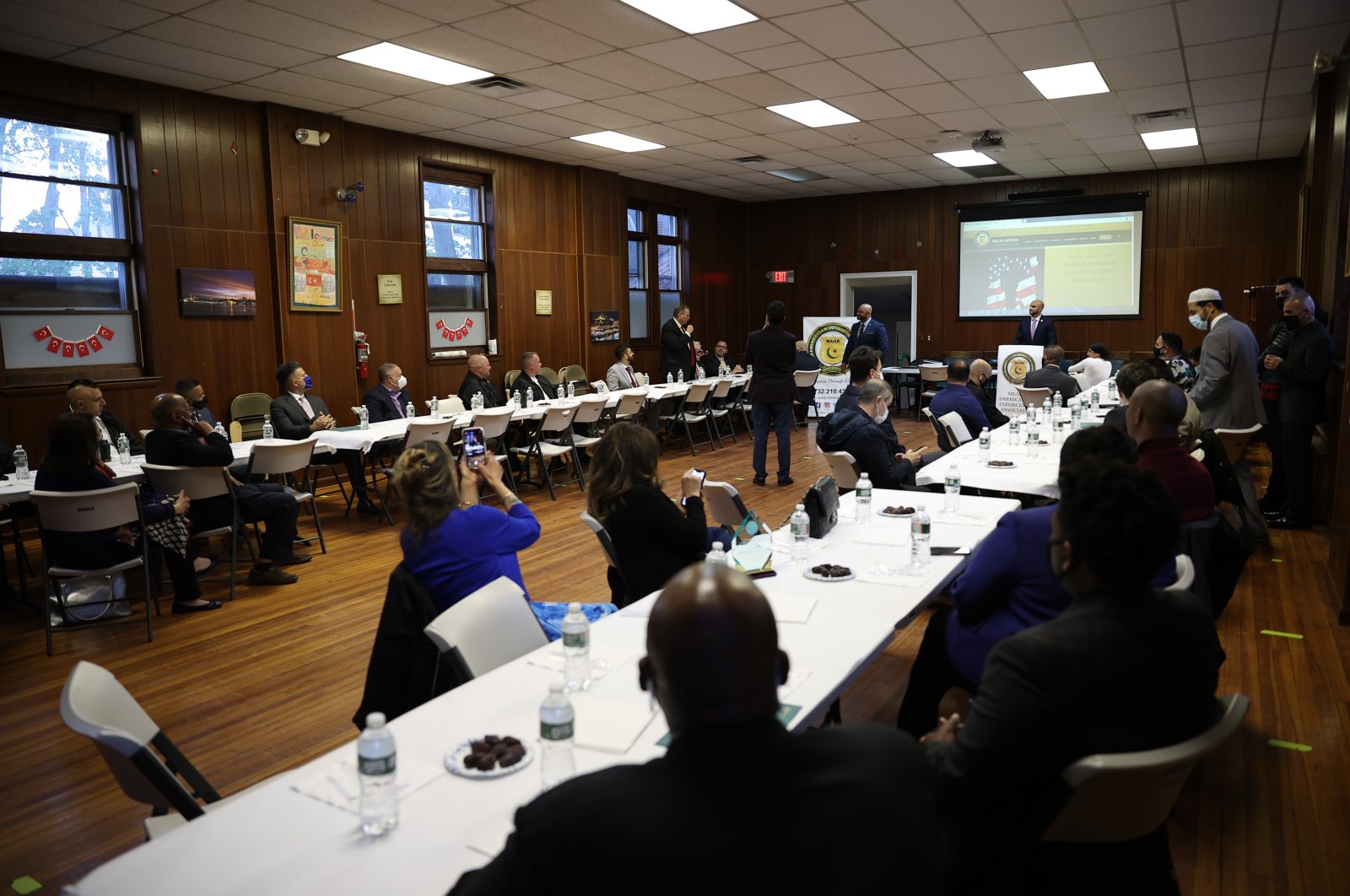 Muslim Americans sent a message of unity and cohesion at an iftar (fast-breaking) dinner hosted by the Diyanet Center of America in New Jersey on Monday.

The iftar was held at the Bergen Diyanet Mosque in collaboration with the Muslim American Law Enforcement Association (MALEA).

Sinan Dedeler, the Turkish consulate’s religious affairs attache, attended the event as well as attaches of the Turkish police.

Comparing Ramadan to a school that reminds people of their values, Dedeler said iftar gatherings provide opportunities for cultural interaction.