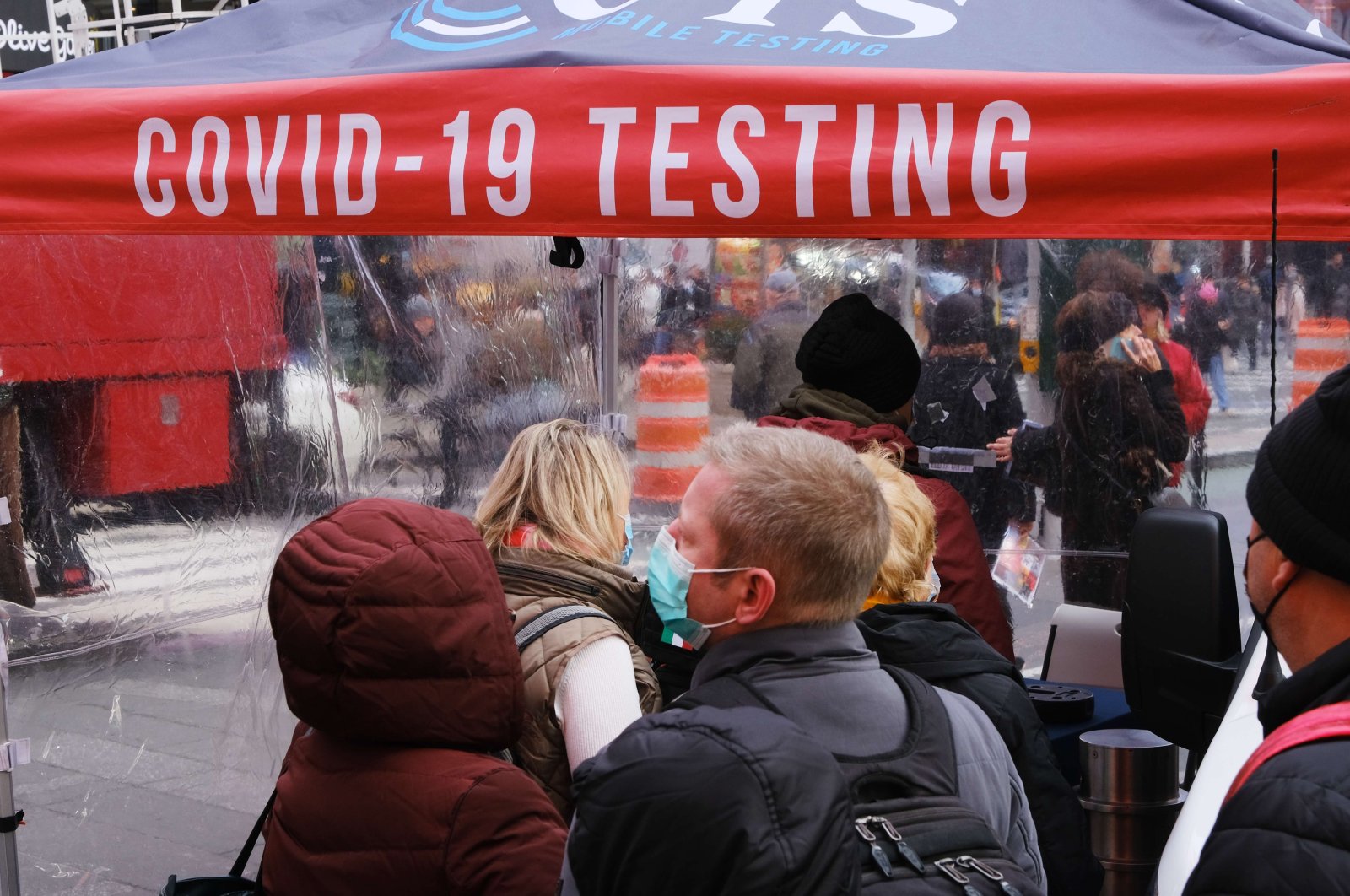 With the delta variant ravaging the United States and the emergence of the omicron variant threatening even darker times ahead, coronavirus-related deaths in the U.S. passed 800,000 Sunday, according to a Reuters tally. The milestone means the U.S. death toll from this one virus now exceeds the entire population of North Dakota.

Even with vaccines widely and freely available, the country has lost more lives to the virus this year than in 2020 due to the more contagious delta variant and people refusing to get inoculated against COVID-19.

Since the start of the year, over 450,000 people in the United States have died after contracting COVID-19, or 57% of all U.S. deaths from the illness since the pandemic started.

The deaths this year were mostly in unvaccinated patients, health experts say. Deaths have increased despite advances in caring for COVID-19 patients and new treatment options such as monoclonal antibodies.

Other countries have lost far fewer lives per capita in the past 11 months, according to the Reuters analysis.

Among the G7 wealthiest nations, the United States ranks the worst in terms of per capita deaths from COVID-19 between Jan. 1 and Nov. 30, according to the Reuters analysis.

The death rate in the United States was more than three times higher than in neighboring Canada and 11 times more than Japan.

Even when the United States is compared with a larger pool of wealthy countries with access to vaccines, it ranks near the bottom. Among the 38 members of the Organization of Economic Cooperation and Development (OECD), the United States ranks 30th. Only Hungary, Slovakia, Czech Republic, Lithuania, Latvia Colombia, Poland and Slovenia had more COVID-19 deaths per capita. New Zealand had the least.

When compared with the European Union, the United States has 1.3 times the per capita deaths reported in the last 11 months than the entire bloc.

Among more than 200 nations and territories tracked by Reuters, the U.S. ranks 36th.

The U.S. has the highest number of reported total COVID-19 deaths in the world, followed by Brazil and India, according to the Reuters tally. With just 4% of the world's population, the country accounts for about 14% of all reported COVID-19 deaths and 19% of cases worldwide. The country is set to soon surpass 50 million cases.

New infections in the U.S. were averaging around 120,000 a day, with Michigan contributing the most cases a day. COVID-19 patients were filling Michigan hospitals at record levels, with three out of four of them unvaccinated, according to Michigan Health & Hospital Association (MHA).

Scientists are still evaluating the impact of the new omicron variant and whether vaccines could provide adequate protection against it.

The delta variant remains the dominant version of the virus in the United States.

Of the 10 states that reported the most deaths per capita in the last 11 months, eight were from the country's south – Alabama, Georgia, Florida, Kentucky, Oklahoma, Mississippi, South Carolina and West Virginia, according to the Reuters analysis.

Roughly 60% of the U.S. population has been fully vaccinated against COVID-19, U.S. Centers for Disease Control and Prevention (CDC) data showed.

Fears of the new variant have prompted Americans to line up for booster doses of COVID-19 vaccines at a record pace. Just under a million people a day received booster doses of one of the three authorized vaccines last week, the highest rate since regulators gave the nod to additional shots.

"We must act together in this moment to address the impact of the current cases we are seeing, which are largely Delta, and to prepare ourselves for the possibility of more Omicron," CDC Director Dr. Rochelle Walensky said at a White House briefing on Tuesday.