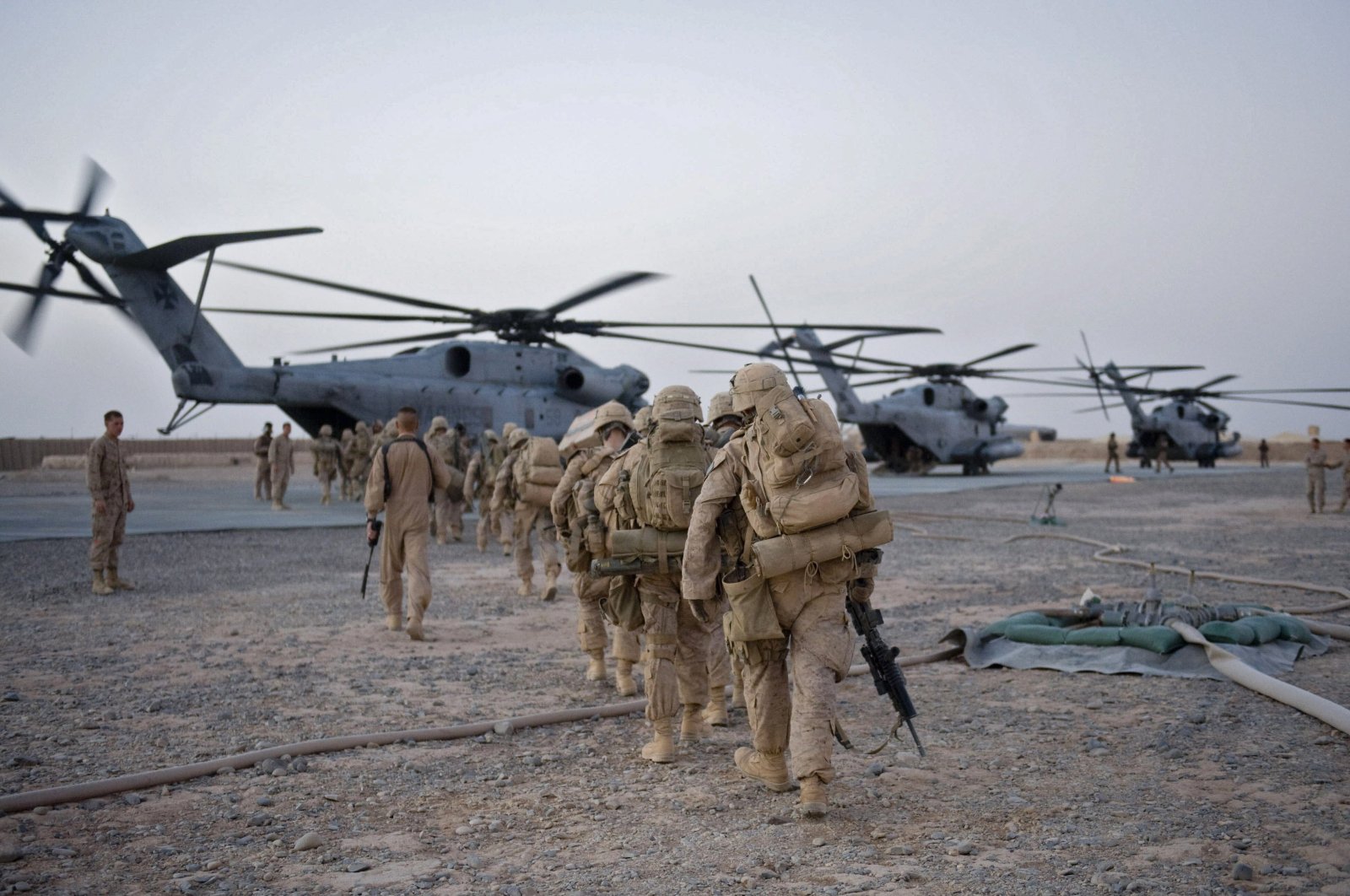 U.S. Marines from the 2nd Battalion, 8th Marine Regiment of the 2nd Marine Expeditionary Brigade walk toward the helicopter as part of Operation Khanjar at Camp Dwyer in Helmand Province in Afghanistan on July 2, 2009. (AFP Photo)
by ASSOCIATED PRESS
Nov 17, 2020 2:23 pm

NATO Secretary-General Jens Stoltenberg warned Tuesday that the military organization could pay a heavy price for leaving Afghanistan too early, after a U.S. official said President Donald Trump is expected to withdraw a significant number of American troops from Afghanistan in the coming weeks.

"We now face a difficult decision. We have been in Afghanistan for almost 20 years, and no NATO ally wants to stay any longer than necessary. But at the same time, the price for leaving too soon or in an uncoordinated way could be very high,” Stoltenberg said in a statement.

He said the conflict-ravaged country "risks becoming once again a platform for international terrorists to plan and organize attacks on our homelands. And Daesh could rebuild in Afghanistan the terror caliphate it lost in Syria and Iraq."

The U.S. decision comes just days after Trump installed a new slate of loyalists in top Pentagon positions who share his frustration with the continued troop presence in the war zones.

The expected plans would leave 2,500 troops in Afghanistan after mid-January. U.S. officials said military leaders were told over the weekend about the planned withdrawal and that an executive order is in the works but has not yet been delivered to commanders.

In 2014, it began to train and advise Afghan security forces but has gradually pulled troops out in line with a U.S.-brokered peace deal. NATO relies heavily on the U.S. armed forces to operate in Afghanistan.