Nearly 40,000 US children lost a parent to coronavirus 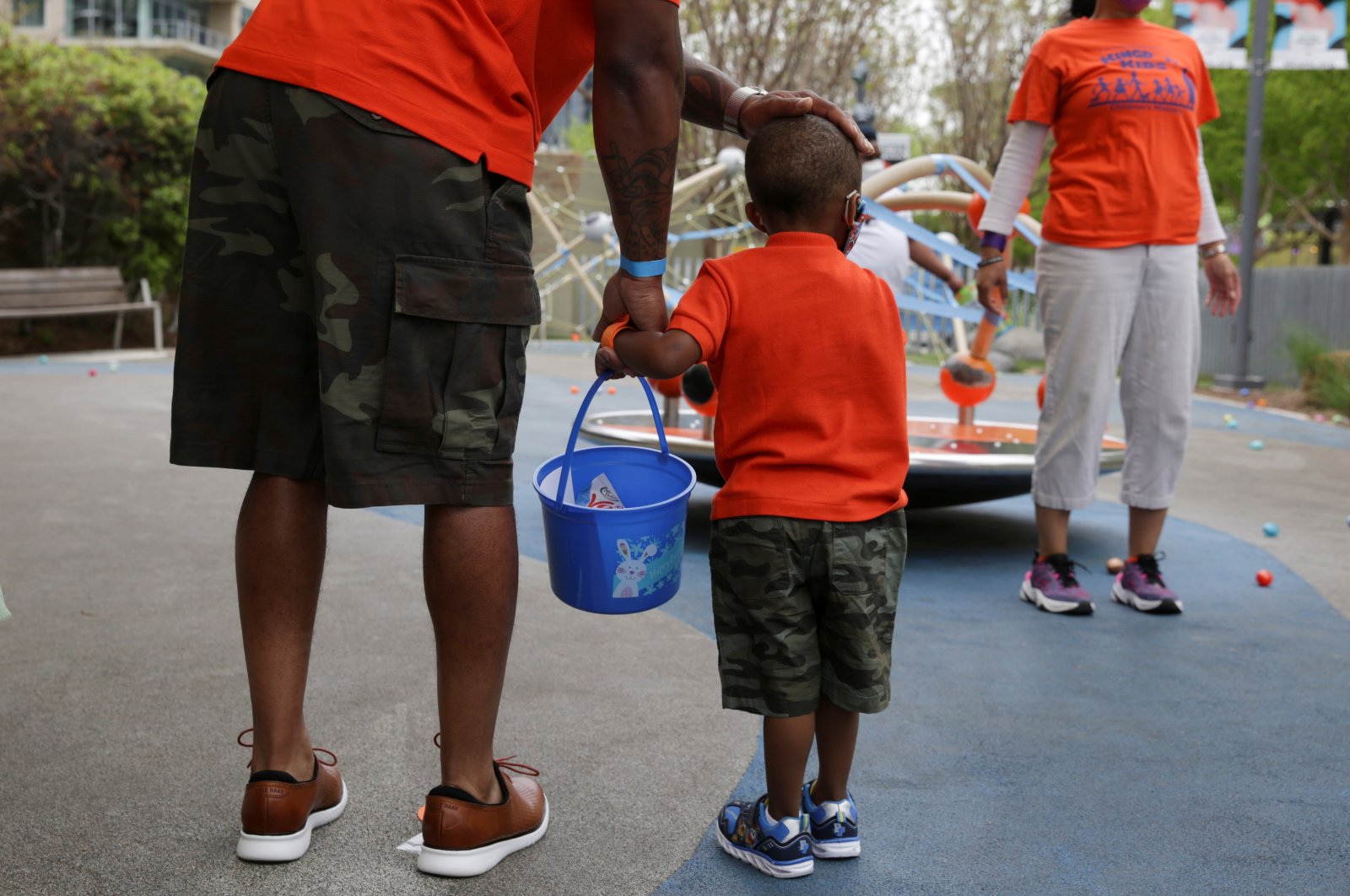 A staggering number of children in the United States have had to grapple with the grief of losing a parent due to the coronavirus. With experts now warning that the deaths will continue to mount, more children will inevitably suffer

Around 40,000 children, ranging from newborns to 17-year-olds, have lost one parent to the coronavirus in the United States, a new study found.

Researchers at Stony Brook University on Long Island estimated the number of children of each adult to have died of COVID-19 and extrapolated the data to arrive to their conclusion. The model suggested that each such death left 0.078 children between infancy and age 17 "parentally bereaved," the researchers said in a letter published in JAMA Pediatrics, underlining that the figure was 17.5% to 20.2% higher than it would have been without COVID-19.

"Although the bereavement multiplier is small, it translates into large numbers of children who have lost a parent," wrote Rachel Kidman of the Program in Public Health at Stony Brook University. "As of February 2021, 37,300 children aged 0 to 17 years had lost at least 1 parent due to COVID-19, three-quarters of whom were adolescents."

Judging by excess deaths overall, the estimate goes even higher, predicting that 43,000 children have lost a parent in the past year. Beyond the grief of losing a parent during one's formative years is the difficulty of supporting the bereaved children during this time of heightened social isolation, as the pandemic drags on.

Further, the authors said, deaths will mount, which means even more children will suffer this loss. In comparison, she noted, the Sept. 11, 2001, attacks that led to 3,000 children losing a parent. "The number of children experiencing a parent dying of COVID-19 is staggering," Kidman wrote. "The burden will grow heavier as the death toll continues to mount."

Moreover, black children are disproportionately affected, given that they comprise 14% of U.S. children but 20% of those who have lost a parent to COVID-19, the letter said.

"The number of children experiencing a parent dying of COVID-19 is staggering, with an estimated 37,300 to 43,000 already affected," Kidman said. "Black children are disproportionately affected, comprising only 14% of children in the U.S. but 20% of those losing a parent to COVID-19."

The paper, based on estimates derived from demographic modeling rather than data from a survey or statistical information, paints a broad, inexact picture, Kidman noted. It also does not take into account primary caregivers other than the children's parents.

She and her co-authors called for "sweeping national reforms" to support children who are in this situation. The impact of even one set of parents dying of COVID-19 on teens was evident in the lives of Nathan and Isaih, two teenagers who are now being raised by their grandmother after both their parents died of COVID-19 last July, as CBS News reported at the time.

"What makes deaths from COVID more challenging than, say, if somebody passed away of old age, is that the deaths related to COVID may lead to child traumatic grief, which is different than just grief itself," psychologist and professor at Duke University Medical Center Robin Gurwitch told CNN.

"The normal activities related to death cannot happen, so a child that's lost someone right now, no matter what the circumstances, but particularly due to COVID, make it so much more challenging because all the things that I would normally do, I can't do, the family can't do."

Meanwhile, European countries scrambled Monday to tamp down a surge in COVID-19 cases and ramp up vaccinations, hoping to spare hospitals from becoming overwhelmed by the pandemic’s latest deadly wave of infections.

The crush of coronavirus patients has been relentless for hospitals in Poland, where daily new infections hit records of over 35,000 on two recent days and the government ordered new restrictions to prevent large gatherings over the long Easter weekend. France’s health minister warned that the number of intensive care unit patients could match levels from a year ago.

But in a sign of the disparities from one country to the next, British Prime Minister Boris Johnson announced that barbers, gyms and outdoor bar and restaurant patios would be able to open next week after the country reported progress with vaccines and its recent lockdown. Meanwhile, the U.S. vaccination campaign kept accelerating, with 40% of the nation’s adult population receiving at least one dose.

On Sunday, coronavirus patients filled almost all of the 120 beds at the County Hospital of Bochnia, 40 kilometers (25 miles) east of the southern city of Krakow. One patient, 82-year-old Edward Szumanski, voiced concern that some people still refuse to see the virus that has killed over 2.8 million people worldwide as a threat. About 55,000 of those deaths have occurred in Poland.

“The disease is certainly there, and it is very serious. Those who have not been through it, those who do not have it in their family, may be deluding themselves, but the reality is different,” he said.

The more contagious and more aggressive virus variant identified in Britain is fueling much of the increase in Europe. Meanwhile, voters in many countries are angry at the European Union’s strategy but also at their own governments’ handling of the pandemic and the failure to prevent repeated spikes in infections.

France’s Health Minister, Olivier Veran, warned Monday that the number of COVID-19 patients in the country’s intensive care units might match the level of the first crisis a year ago. Speaking on TF1 television, he said the country could approach the ICU saturation levels of April 2020, when French ICUs held more than 7,000 virus patients, many of whom were in temporary facilities because demand far outstripped the country’s pre-pandemic ICU capacity.

Veran expressed hope that France’s new infections could peak this week thanks to new partial lockdown measures. After long resisting calls for a new lockdown, the French government closed schools and shuttered all non-essential stores nationwide and imposed travel restrictions for four weeks.

“We will manage,” Veran said.

The British government announced Monday that all adults and children will be able to have routine coronavirus tests twice a week as a way to stamp out new outbreaks. The tests are being introduced as Johnson announces the next steps in the country’s road map out of its three-month lockdown.

Britain has recorded almost 127,000 coronavirus deaths, the highest toll in Europe. But both infections and deaths have fallen sharply during the lockdown and since the start of a vaccination campaign that so far has given a first dose to more than 31 million people, or six in 10 adults.

Authorities in Ukraine’s capital, Kyiv, introduced tighter lockdown restrictions following a recent spike in virus cases. All schools in the city of 3 million people will be closed for the next two weeks, and only people with special passes will be allowed on public transport.

In Greece, which is struggling to emerge from a deep recession, most retail stores were allowed to reopen Monday despite an ongoing surge in COVID-19 infections. Lockdown measures have been in force since early November, although shops opened briefly around the Christmas season. The prolonged closures piled pressure on the economy.

Serbia also has eased measures against the coronavirus despite high numbers of infections and a slowdown in vaccinations. The government on Monday allowed bars and restaurants to serve guests outside at reduced capacity and in line with social distancing rules.