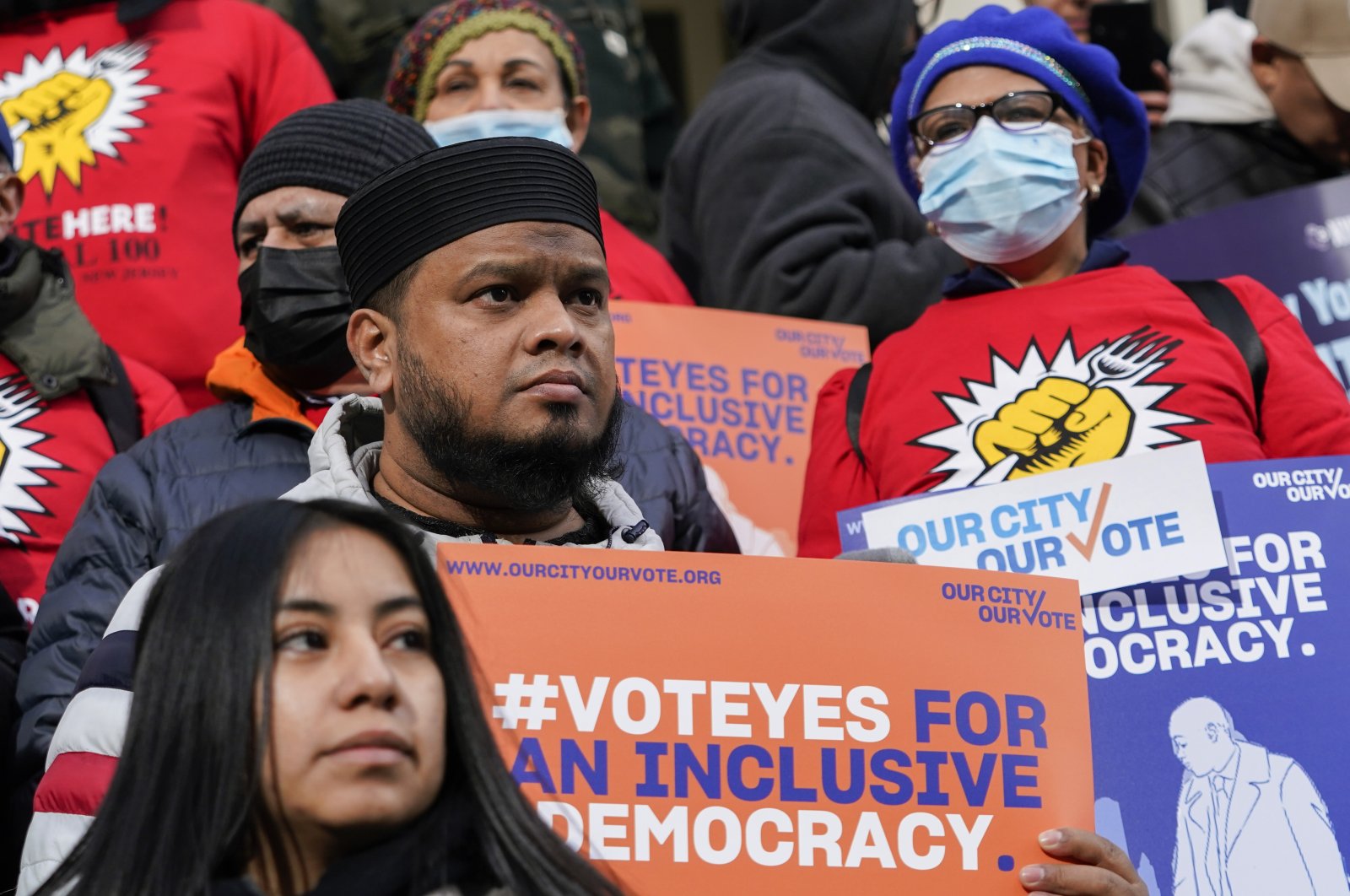 Activists participate in a rally on the steps of City Hall ahead of a City Council vote to allow lawful permanent residents to cast votes in elections to pick the mayor, City Council members and other municipal officeholders, in New York, U.S., Dec. 9, 2021. (AP Photo)
by French Press Agency - AFP Dec 10, 2021 2:33 pm

New York City Council on Thursday passed legislation to allow immigrants who are not United States citizens to vote in local elections, the first major city in the United States to do so.

The local law, adopted by 33 votes to 14, with two abstentions, will allow lawful permanent residents and persons authorized to work in the United States who reside in New York and do not have U.S. citizenship to participate in municipal elections.

Several elected Democrats on the city council welcomed the historic vote, as did associations for the defense of immigrant rights.

The measure could affect around a million foreigners living in New York, which has some nine million residents.

The cultural and economic capital of the eastern seaboard is a Democratic and progressive bastion, and adopted the measure at a time when debates on immigration and voting rights are raging in the country.

Several U.S. states have taken steps in recent months to use unfounded allegations of fraud in the 2020 presidential election to pass laws which detractors say are aimed at restricting minority voting rights.

At the end of his term, New York's Democratic mayor Bill de Blasio himself questioned the city's legal authority to allow the vote of foreigners, while insisting that he would not oppose it.

The measure could take effect from early 2023.