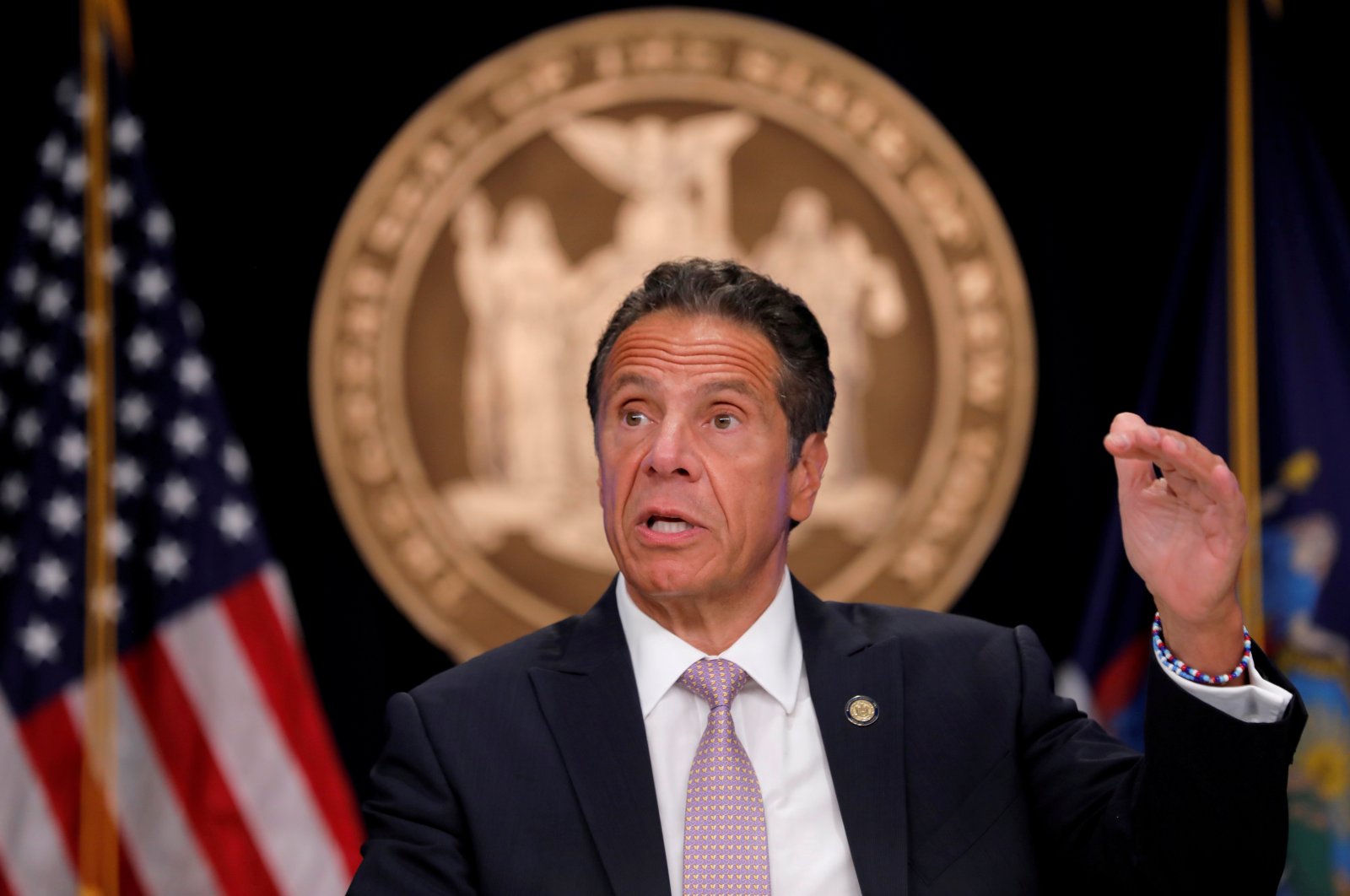 The announcement brings forward a plan by New York Mayor Bill de Blasio to close schools in nine neighborhoods beginning on Wednesday after coronavirus test positivity rates rose above 3% in those areas for seven days in a row.

"I am not going to recommend or allow any New York City family to send their child to a school that I wouldn't send my child," Cuomo told a news conference on Monday.

He said the state would take over the enforcement of social distancing rules from local authorities in the hot spots.

Cuomo and de Blasio have repeatedly squabbled over how to respond to the spread of COVID-19, and the two have not appeared together in public in many months. Cuomo said he spoke by phone with the mayor earlier on Monday, however.

De Blasio said Sunday that, beyond schools, he also wanted the state's blessing to shut nonessential businesses and suspend even outdoor dining in those areas.

Cuomo said he had not agreed to this, and criticized the mayor's decision to delineate affected neighborhoods by using postal ZIP codes. He added he had not yet decided on what approach might be better, however.

He also chastised the mayor for what he said was lackluster enforcement of social distancing rules.

"I think it goes far beyond the question of enforcement," he told CNN on Monday. "I think here's a case where we need to really work deeply with communities, with community leaders, to have a bigger turnaround in the way people are handling things."

Cuomo said he was also concerned about similar rising coronavirus rates in Rockland and Orange counties north of New York City, and that he may consider closing schools there too.

Many of the affected neighborhoods include large, close-knit Orthodox Jewish communities. Cuomo plans to meet with community leaders again on Tuesday to seek their help with getting people to comply with the rules.

New York faced one of the nation's earliest and most devastating outbreaks of the coronavirus in the spring but has since managed to largely curtail its spread.

On Monday, 1.22% of coronavirus tests statewide were reported to be positive, including in the hot spots, Cuomo said.