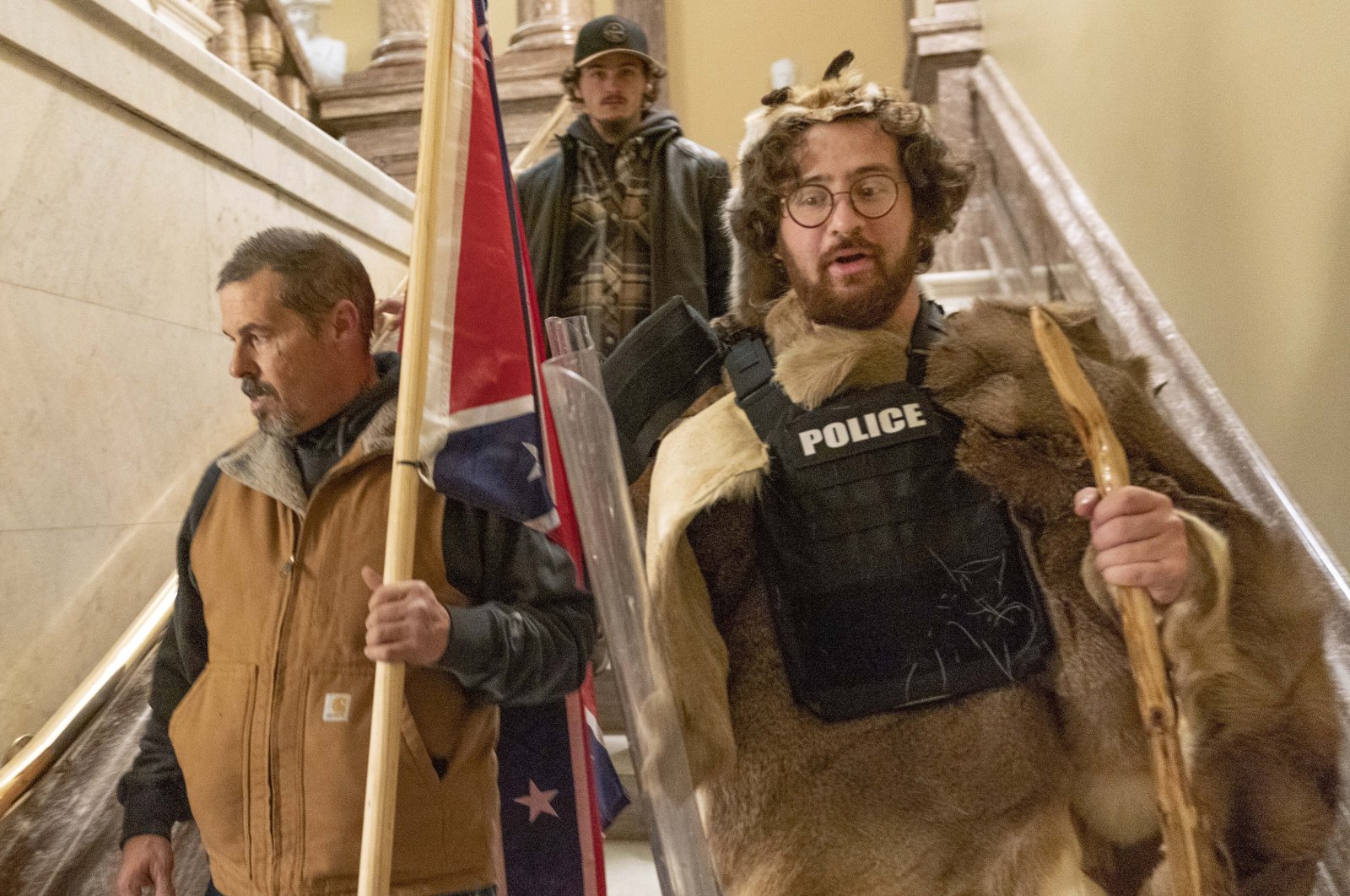 In this file photo, supporters of President Donald Trump, including Aaron Mostofsky (R), who is identified in his arrest warrant, walk down the stairs outside the Senate Chamber in the U.S. Capitol, in Washington D.C. on Jan. 6, 2021. (AP Photo)
by FRENCH PRESS AGENCY Jan 12, 2021 9:50 pm
RECOMMENDED

The son of a New York judge was arrested Tuesday for participating in last week's violent rampage at the U.S. Capitol building by supporters of President Donald Trump, prosecutors said.

Aaron Mostofsky, 34, is the latest of several supporters of the president to be charged over Wednesday's incursion which left lawmakers fearing for their lives.

Mostofsky faces four charges, including theft of government property, unlawful entry to a restricted building and disorderly conduct, according to the chargesheet.

Prosecutors allege that he stole a police riot shield and bulletproof police vest.

They cite photographs of Mostofsky, including on his Instagram page, which show him inside the Capitol with the shield and vest. He was also wearing fur and carrying a stick.

"I don't think 75 million people voted for Trump – I think it was close to 85 million," Mostofsky told the New York Post on the day of the storming.

"I think certain states that have been red for a long time turned blue and were stolen, like New York," he added.

Trump's campaign has lost dozens of court challenges in several states, with judge after judge saying they showed no evidence of any significant election fraud.

Mostofsky faces up to ten years in prison if convicted of the most serious charge. He is due to appear before a judge in Brooklyn later Tuesday.