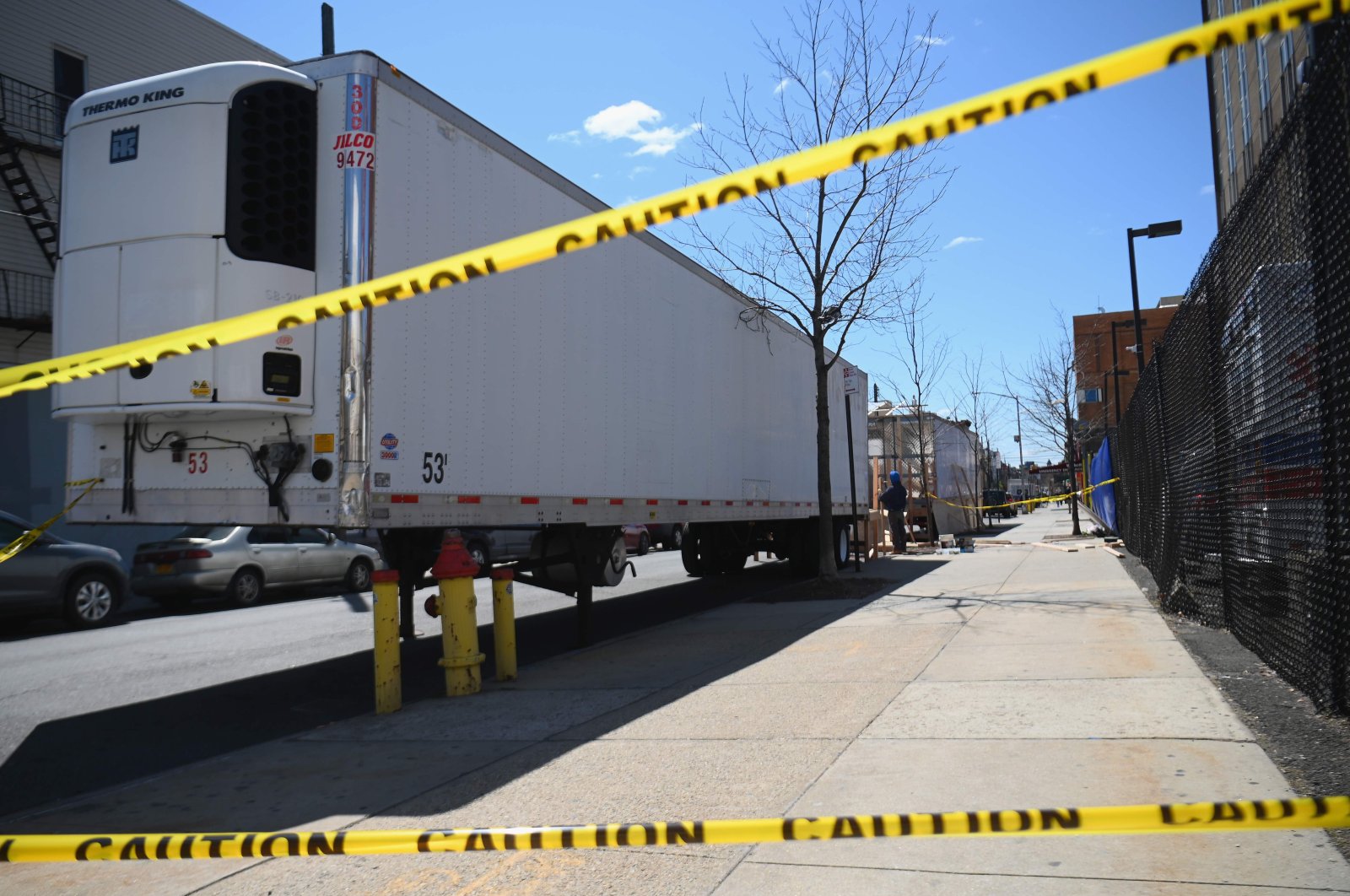 New York state's coronavirus toll rose at a devastating pace to 3,565 deaths Saturday, the governor said, up from 2,935 the previous day, the largest 24-hour jump recorded there.

In his daily briefing, Governor Andrew Cuomo said infections could peak in the state anywhere from four to 14 days, an ever-moving target that will test the already taxed health system's capacity to handle a significant influx of sick patients.

"Part of me would like to be at the apex and just let's do it. But there's part of me that says it's good that we're not at the apex because we're not yet ready," the governor said.

He added that the federal government will now staff and equip the overflowing hospital at Manhattan's Javits Center for the treatment of those infected with the coronavirus. The facility can take in 2,500 patients.

The state is continuing its hunt for urgently needed ventilators, Cuomo said, before thanking the Chinese government for donating 1,000 of the life-saving devices expected to arrive Saturday.

He also said the state of Oregon would deliver 140 ventilators.

Cuomo warned that while numbers in New York City were rising at a slower rate the caseload was growing at a concerning pace in neighboring Long Island.

The governor said 85,000 volunteers – including 22,000 from out of state – had signed up to help in the country's coronavirus epicenter.

"Anyone who's not already in this fight, we need you," said Mayor Bill de Blasio, imploring help from "any health care professional: Doctor, nurse, respiratory therapist, you name it."

The mayor has estimated that the city needs 45,000 more medical personnel to fight the pandemic through April and May.