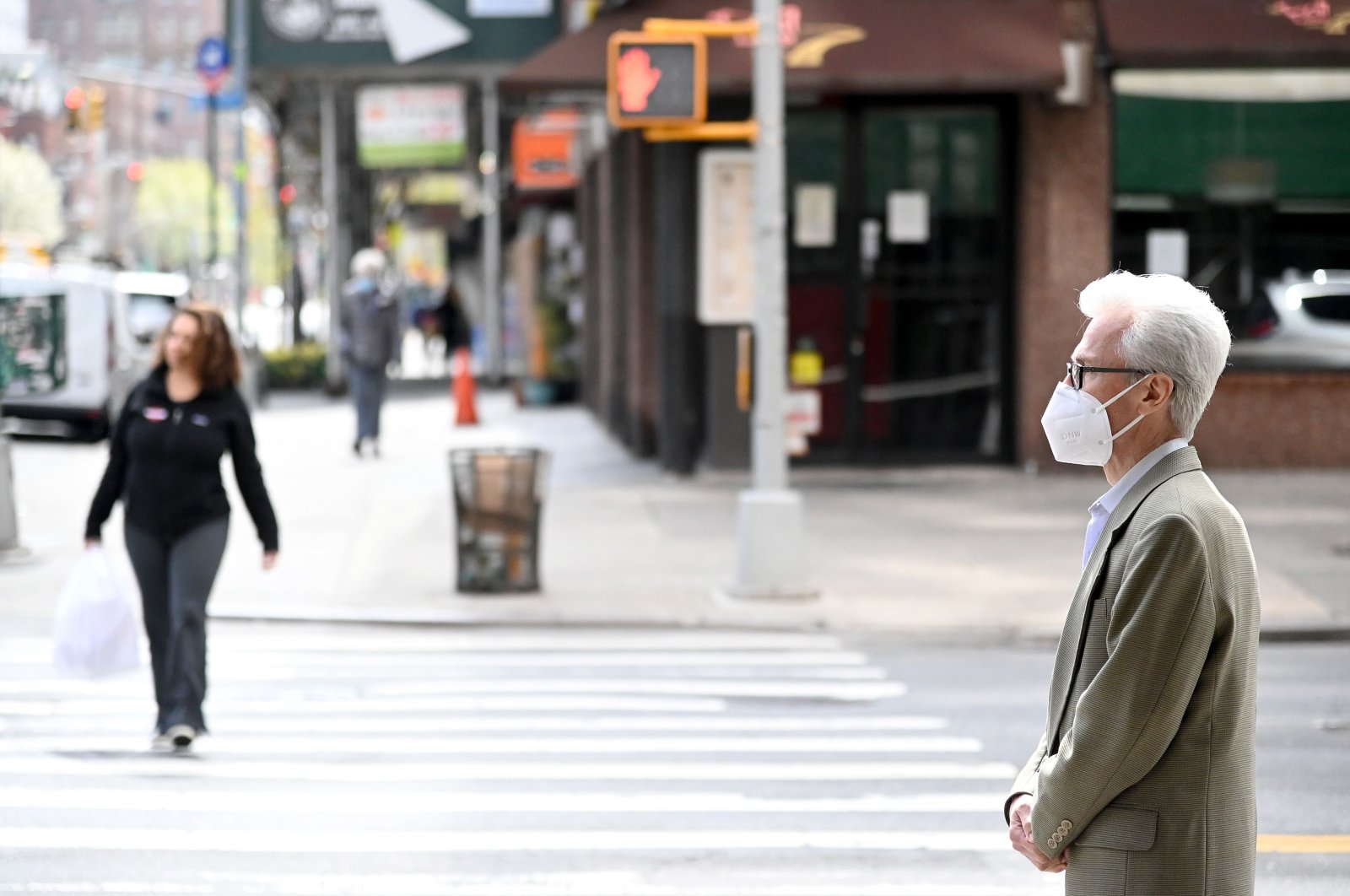 New York endures its darkest days so far, with the virus death toll surging past the number killed on 9/11, seeing its biggest one-day jump yet

The coronavirus pandemic notched up another round of record death tolls in the United States as New York state, the epicenter of the pandemic in the U.S., reported the largest daily death toll of the six-week outbreak. For the fifth day in a row, an increasing number of people have died from the virus in New York, with 799 deaths reported on Thursday.

The hardest-hit U.S. state on Wednesday passed Spain for the most number of coronavirus cases in the world. The U.S. state has 149,316 reported cases, compared to Spain's 146,690.

The U.S. was prepared this week for what one official called the "peak death week" of the coronavirus and saw nearly 2,000 new deaths Tuesday. The U.S. has become the country with the most confirmed coronavirus infections in the world, followed by Spain, Italy and Germany. The country has over 429,000 confirmed cases of the virus and nearly 15,000 deaths, according to a tally by Johns Hopkins University.

Nevertheless, some glimmers of hope shone in the darkness, with New York Gov. Andrew Cuomo saying the epidemic curve seemed to be flattening.

U.S. President Donald Trump, meanwhile, said, "We are hopefully heading toward a final stretch, the light at the end of the tunnel."

There are signs emerging that mitigation efforts in the U.S., including social distancing, are having the desired effect and helping to stem the spread of the new coronavirus, top public health official Anthony Fauci said Wednesday. "We are starting to see some glimmers of hope," Fauci said in an interview on Fox News. He warned that the death toll will continue to rise, as this figure lags behind the rate of contagion.

Fauci, the director of the National Institute of Allergy and Infectious Diseases, warned that it is still too soon to lift restrictions, amid increasing signs of strains on the U.S. economy, including skyrocketing unemployment. "We need to keep pushing on the mitigation strategy, as there is no doubt that it is having a positive impact," he said. "Now is not the time to pull back, at all, it's the time to intensify." Fauci noted that New York was beginning to see an easing of the hardest cases.

Along with the U.S., some of the hardest-hit European countries are also considering when to start easing restrictions that have helped curb their outbreaks of the disease. Italy may start gradually lifting some restrictions in place to contain the new coronavirus by the end of April, provided the spread of the disease continues to slow, Prime Minister Giuseppe Conte told BBC on Thursday.

"We need to pick sectors that can restart their activity. If scientists confirm it, we might begin to relax some measures already by the end of this month," Conte told the British broadcaster. Conte warned, however, that Italy could not lower its guard and restrictions would only be eased gradually. There were 542 deaths from COVID-19 in Italy on Wednesday, lower than the 604 the day before, taking the total death toll to 17,669. There were 3,693 people in intensive care, down from 3,792 on Tuesday, the fifth daily decline in a row. The decline has raised hopes that the virus is on the retreat thanks to a nationwide lockdown, though the number of new cases rose 3,836, compared with 3,039 on Tuesday, to reach 139,422, the third-highest globally behind the U.S. and Spain. Italy imposed the nationwide lockdown on March 9. Two weeks later, Conte announced that non-essential businesses, including car, clothing and furniture manufacturing, would have to close.