No freedom of speech for Muslim women in Congress: US Rep Tlaib 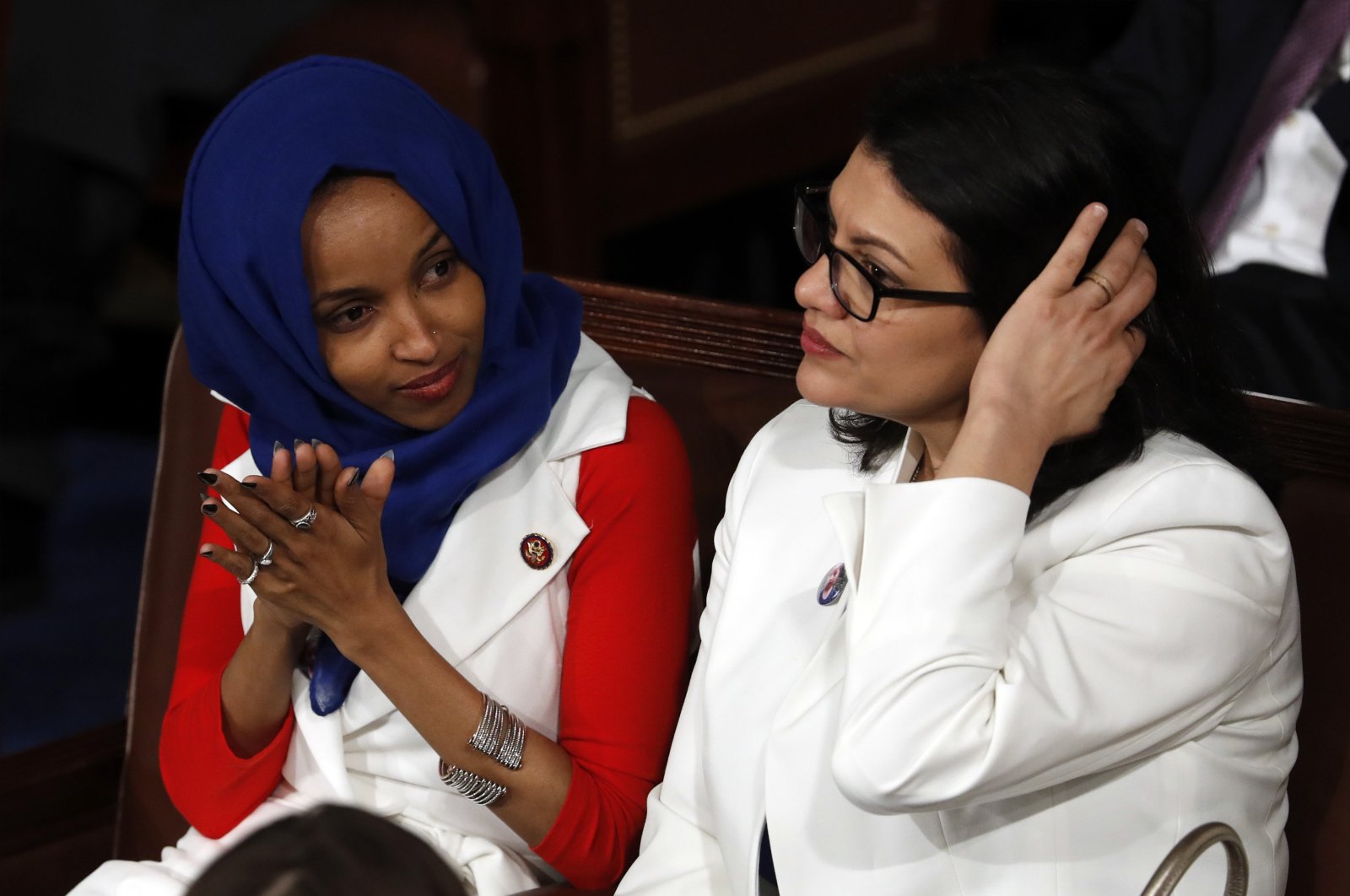 In previous years, Muslims in America faced various obstacles on the path to the American dream ranging from Trump-era policies, such as the controversial "Muslim ban," to widespread racist statements and remarks from both politicians and ordinary citizens.

As Anti-Muslim hate infiltrates the U.S. Congress – putting pressure on lawmakers – the row between one of the first two Muslim women to be elected to Congress, Ilhan Omar, and a Jewish group of Democrats peaked on Thursday following a tweet in which Omar seemingly compared the United States with the Taliban.

"Freedom of speech doesn't exist for Muslim women in Congress," Congresswoman Rashida Tlaib said on Twitter. Her tweet came after House Speaker Nancy Pelosi and other Democrats said in a joint statement that drawing any comparison between the U.S. and Israel and Hamas and the Taliban "foments prejudice and undermines progress toward a future of peace and security for all." Tlaib said the House Democratic leadership should be "ashamed of its relentless, exclusive tone policing of Congresswomen of color."

"The benefit of the doubt doesn't exist for Muslim women in Congress," she wrote, adding that she was tired of colleagues "demonizing" Omar.

"Their obsession with policing her is sick," Tlaib said.

This week's flareup involving Omar, 38, was the most recent instance in which she has clashed with fellow Democrats over the Middle East. Two months after she arrived in Congress in 2019, the House approved a resolution condemning anti-Semitism and other forms of bigotry – without mentioning her – after she made remarks that critics say accused Israel supporters of having dual allegiances.

The latest confrontation between Omar and fellow Democrats began when she tweeted a Monday exchange with Secretary of State Antony Blinken in a video conference in which she called for justice "for all victims of crimes against humanity.” In remarks that drew the most attention, she said, "We have seen unthinkable atrocities committed by the U.S., Hamas, Israel, Afghanistan and the Taliban. I asked @SecBlinken where people are supposed to go for justice,” according to The Associated Press (AP).

Late Wednesday, Rep. Brad Schneider, D-Ill. and 11 other Jewish House Democrats issued a statement labeling those remarks offensive and misguided. They said she should "clarify” what she meant.

On Thursday, Omar tweeted that it was "shameful” that fellow Democrats who sometimes seek her support on issues did not ask her for an explanation by simply calling her. She also states that her comments were "not a moral comparison between Hamas and the Taliban and the U.S. and Israel."

"The islamophobic tropes in this statement are offensive. The constant harassment & silencing from the signers of this letter is unbearable,” she wrote.

"Every time I speak out on human rights I am inundated with death threats,” she wrote in another tweet where she posted an excerpt of an expletive-laden voice mail she said she had just received with a caller saying he hopes she gets "what’s coming for you.”

Omar also said her comments did not reflect prejudice and she cited an International Criminal Court (ICC) investigation on the recent fighting between Israel and Hamas.

"You might try to undermine these investigations or deny justice to their victims, but history has taught us that the truth can’t be hidden or silenced forever,” she wrote. In her later statement, Omar said her conversation with Blinken "was about accountability for specific incidents regarding those ICC cases, not a moral comparison between Hamas and the Taliban and the U.S. and Israel. I was in no way equating terrorist organizations with democratic countries with well-established judicial systems.”

Omar, an immigrant from Somalia, was elected to the U.S. House of Representatives in November 2018. In April 2019, she said she faced increased death threats after President Donald Trump spread a video that purports to show her being dismissive of the Sept. 11, 2001, terrorist attacks. She also became embroiled in controversy following her remarks criticizing Israel's influence on U.S. foreign policy. Omar is part of a group of like-minded congresswomen known as "The Squad," who are admired on the left for challenging the Washington status quo since taking office in January 2019.

Mehdi Hasan, a host on "The Mehdi Hasan Show" on MSNBC and NBC's Peacock TV, also defended Omar Thursday by saying that "Muslim Americans are fed up of constantly being accused of supporting terrorism – including by liberals and Democrats! – when they/we simply make factual points about international law or foreign policies or war crimes. It’s cynical, dehumanizing and, yes bigoted."

In 2018, Tlaib and Omar became the first Muslim women elected to Congress.

Missouri congresswoman Cori Bush, also a member of The Squad, said she expects criticism from Republicans, but it was "especially hurtful” that Omar was facing backlash from Democrats. "We’re your colleagues,” she tweeted. "Talk to us directly. Enough with the anti-Blackness and Islamophobia.”