Not everyone can #stayhome: Las Vegas turns parking lots into "socially-distanced" homeless centers 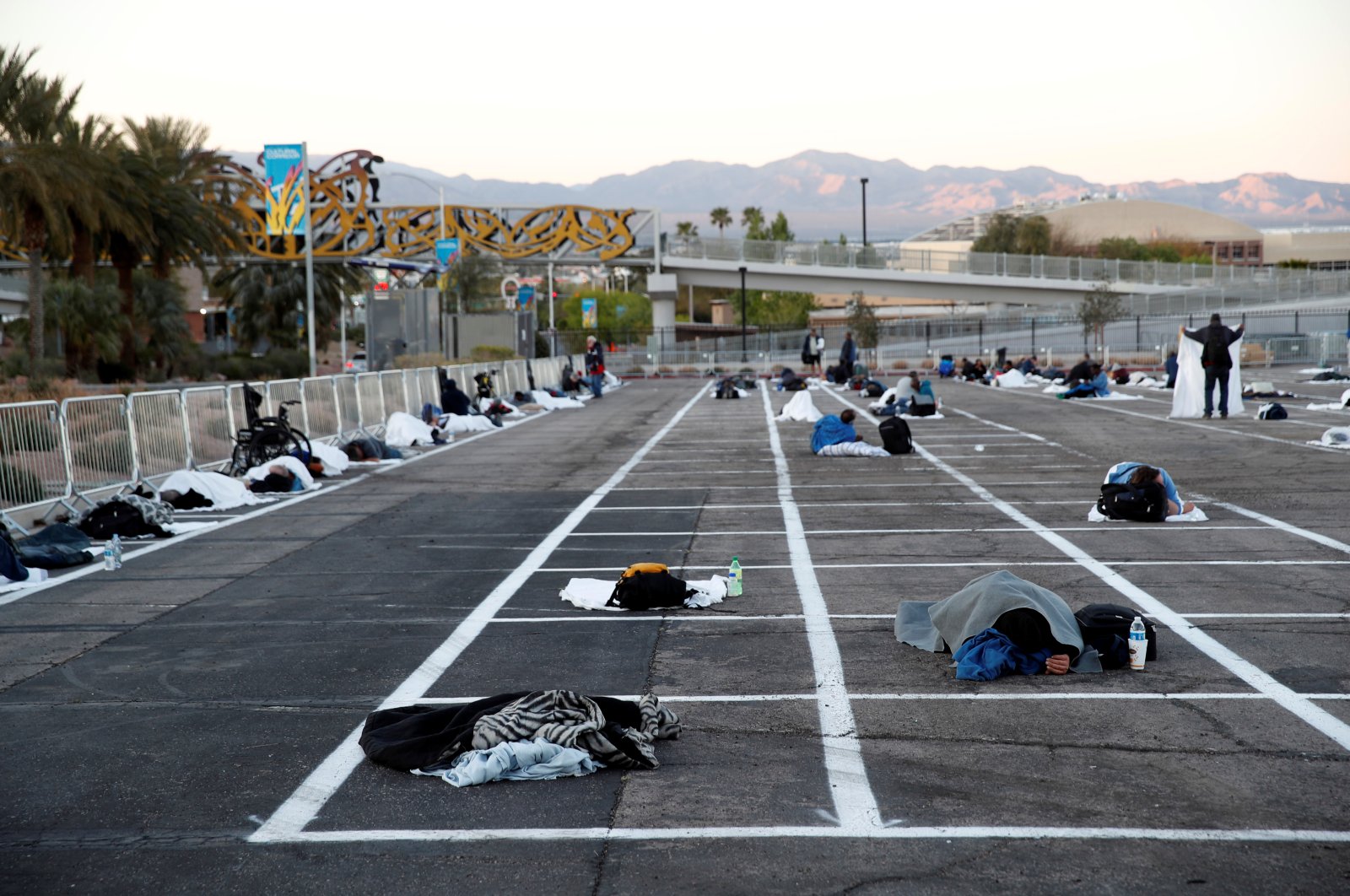 Not everyone is lucky enough to have a home to stay in during the period of self-isolation initiated across to world in order to curb the spread of the coronavirus, as images showing homeless people sleeping in a converted parking lot in Las Vegas in a “self-isolated way” circulated across social media over the weekend, sparking outrage.

The parking lots were converted into “open-air homeless shelter” with social distancing markers, indicating a place for each people to sleep, which city officials refer to as an “emergency solution,” after shelters started to close due to residents testing positive for the COVID-19.

One such parking lot, that outside the Cashman Center, has apparently become a new “living area” for the homeless, while officials say the inside of the center could not be used as a shelter as it had been reserved for hospital space.

A spokesman for the city said that the shelters are planned to be reopened within weeks while medical staff will also screen people near the converted parking lot for symptoms and provide medical help when needed. The number of homeless is growing rapidly in southern Nevada, with at least 6,500 people living on streets.

The situation, though seemingly an emergency measure, has sparked criticism, as people blame officials for homelessness, highlighting the ridiculousness of socially distancing the homeless.

One critic, Mayor of San Antonio Julian Castro shared a statement on his Twitter account on Monday, saying: “After criminalizing homelessness this year, Las Vegas is now packing people into concrete grids out of sight.”

“There are 150K hotel rooms in Vegas going unused right now. How about public-private cooperation (of resources) to temporarily house them there? And fund permanent housing!” he added.

As of Tuesday, the U.S. had 164,610 confirmed cases and a death toll of 3,170 people, two times the number of cases in China, where the virus originated, as well as nearly the same number of deaths.