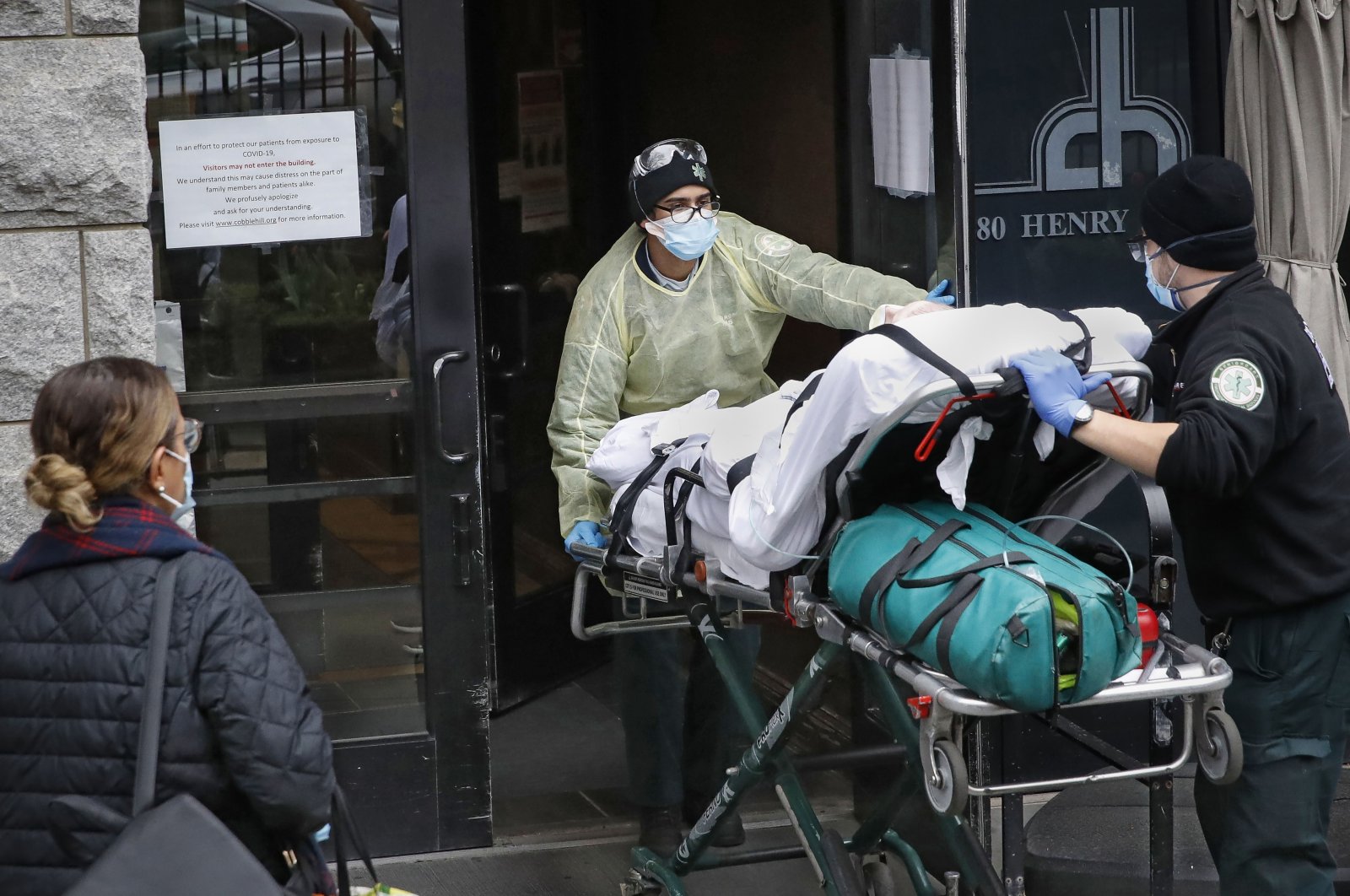 New York Gov. Andrew Cuomo's health department confirmed reports late Thursday that members of his COVID-19 task force altered a state Health Department report to omit the full number of nursing home patients killed by the COVID-19 pandemic, but insisted the changes were made because of concerns about the data's accuracy.

The Wall Street Journal and The New York Times, citing documents and people with knowledge of the administration’s internal discussions, reported that aides including secretary to the governor Melissa DeRosa pushed state health officials to edit the July report so it counted only residents who died inside long-term care facilities, and not those who became ill there and later died at a hospital.

It's the latest blow for Cuomo, who's been besieged by a one-two punch of scandals involving his handling of nursing home deaths and accusations that he sexually harassed two former aides and a woman that he met at a wedding he officiated.

Cuomo had apologized Wednesday for acting "in a way that made people feel uncomfortable” but rejected calls for his resignation and said he would fully cooperate with the state attorney general's investigation into the sexual harassment allegations. Federal investigators are scrutinizing his administration’s handling of nursing home data.

Top Democrats in the state have said they want those investigations to conclude before they make a judgment about Cuomo's conduct, but in the wake of Thursday night's report, a few state lawmakers renewed calls for the governor to either resign or be ousted. "And Cuomo hid the numbers. Impeach,” tweeted Queens Assemblymember Ron Kim, who said Cuomo bullied him over the nursing home response.

The July nursing home report was released to rebut criticism of Cuomo over a March 25 directive that barred nursing homes from rejecting recovering coronavirus patients being discharged from hospitals. Some nursing homes complained at the time that the policy could help spread the virus.

The report concluded the policy played no role in spreading infection. The state's analysis was based partly on what officials acknowledged at the time was an imprecise statistic. The report said 6,432 people had died in the state's nursing homes.

State officials acknowledged even then that the true number of deaths was higher because of the exclusion of patients who died in hospitals, but they declined at the time to give an estimate of that larger number of deaths, saying the numbers still needed to be verified.

The Times and Journal reported that, in fact, the original drafts of the report had included that number, then more than 9,200 deaths, until Cuomo's aides said it should be taken out. State officials insisted Thursday that the edits were made because of concerns about accuracy, not to protect Cuomo's reputation.

"While early versions of the report included out of facility deaths, the (COVID-19) task force was not satisfied that the data had been verified against hospital data and so the final report used only data for in facility deaths, which was disclosed in the report,” said Department of Health Spokesperson Gary Holmes.

Scientists, health care professionals and elected officials assailed the report at the time for flawed methodology and selective stats that sidestepped the actual impact of the directive. Cuomo had refused for months to release more complete data.

A court order and state attorney general report in January forced the state to acknowledge the nursing home resident death toll was higher than the count previously made public. DeRosa told lawmakers earlier this month that the administration didn't turn over the data to legislators in August because of worries the information would be used against them by the Trump administration.

Cuomo and his health commissioner recently defended the March directive, saying it was the best option at the time to help free up desperately needed beds at the state’s hospitals.

"We made the right public health decision at the time. And faced with the same facts, we would make the same decision again,” Health Commissioner Howard Zucker said on Feb. 19.

The state now acknowledges that at least 15,000 long-term care residents died, compared to a figure of 8,700 it had publicized as of late January that didn’t include residents who died after being transferred to hospitals.