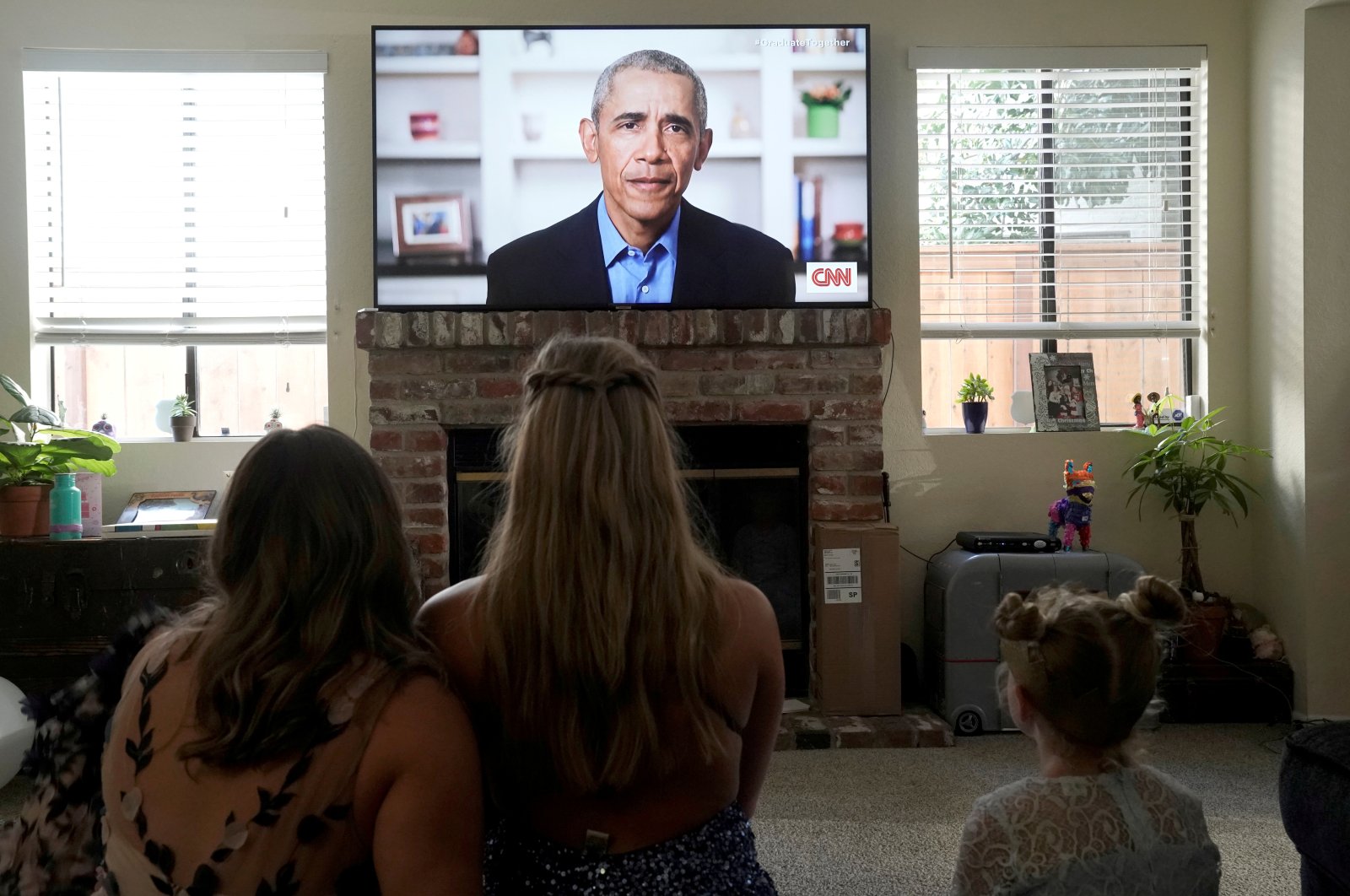 Former President Barack Obama on Saturday criticized U.S. leaders overseeing the nation's response to the coronavirus, telling college graduates in an online commencement address that the pandemic shows many officials "aren’t even pretending to be in charge.”

Obama spoke on “Show Me Your Walk, HBCU Edition,” a two-hour event for students graduating from historically black colleges and universities broadcast on YouTube, Facebook and Twitter. His remarks were unexpectedly political, given the venue, and touched on current events beyond the virus and its social and economic impacts.

“More than anything, this pandemic has fully, finally torn back the curtain on the idea that so many of the folks in charge know what they’re doing,” Obama said. “A lot them aren’t even pretending to be in charge.”

“Which is why things are so screwed up,” he said.

"I hope that instead, you decide to ground yourself in values that last, like honesty, hard work, responsibility, fairness, generosity, respect for others."

Obama did not name President Donald Trump or any other federal or state officials in either of his appearances. But earlier this month, he harshly criticized Trump’s handling of the pandemic as an “absolute chaotic disaster” in a call with 3,000 members of his administrations obtained by Yahoo News. In the call, Obama also reportedly said that "the rule of law was at risk" after criminal charges against former national security adviser Michael Flynn were dropped.

The commencement remarks were the latest sign that Obama intends to play an increasingly active role in the coming election. He has generally kept a low profile in the years since he left office, even as Trump has disparaged him. Obama told supporters on the call that he would be “spending as much time as necessary and campaigning as hard as I can" for Joe Biden, who served as his vice president.

As he congratulated the college graduates Saturday and commiserated over the enormous challenges they face given the devastation and economic turmoil the virus has wrought, the former president noted the February shooting death of Ahmaud Arbery, 25, who was killed while jogging on a residential street in Georgia.

“Let’s be honest: A disease like this just spotlights the underlying inequalities and extra burdens that black communities have historically had to deal with in this country," Obama said. "We see it in the disproportionate impact of COVID-19 on our communities, just as we see it when a black man goes for a jog and some folks feel like they can stop and question and shoot him if he doesn’t submit to their questioning.”

“Injustice like this isn't new," Obama went on to say. “What is new is that so much of your generation has woken up to the fact that the status quo needs fixing, that the old ways of doing things don’t work." In the face of a void in leadership, he said, it would be up to the graduates to shape the future.

It is a perilous time for the nation’s historically black colleges and universities, which have long struggled with less funding and smaller endowments than their predominantly white peers and are now dealing with the financial challenges of the coronavirus. Even at the better-endowed HBCUs, officials are bracing for a tough few years.

Obama’s message to high school students came at the end of an hourlong television special featuring celebrities, including LeBron James, Yara Shahidi, Ben Platt and singers the Jonas Brothers, and was less sharp-edged than his speech to the college graduates. He urged the young graduates to be unafraid despite the current challenges facing the nation and to strive to be part of a diverse community.

“Leave behind all the old ways of thinking that divide us — sexism, racial prejudice, status, greed — and set the world on a different path," Obama said.

James echoed Obama's call for the students to step up, urging them to "Stay close to home" and help rebuild communities devastated by the virus and shutdowns.

The U.S. leads the world with coronavirus cases and deaths, at 1.4 million and nearly 90,000, respectively.

This year's graduates face a grim reality: the U.S. unemployment rate has shot up to nearly 15%, and more than 36 million people have filed for unemployment benefits as America grapples with the fallout from months of lockdown and business closings.

The gravity of Obama's message was underscored by the fact it was the second time in a week he had hit out at the response to the pandemic, having pointedly refused to criticize Trump in public in the three years since leaving office.