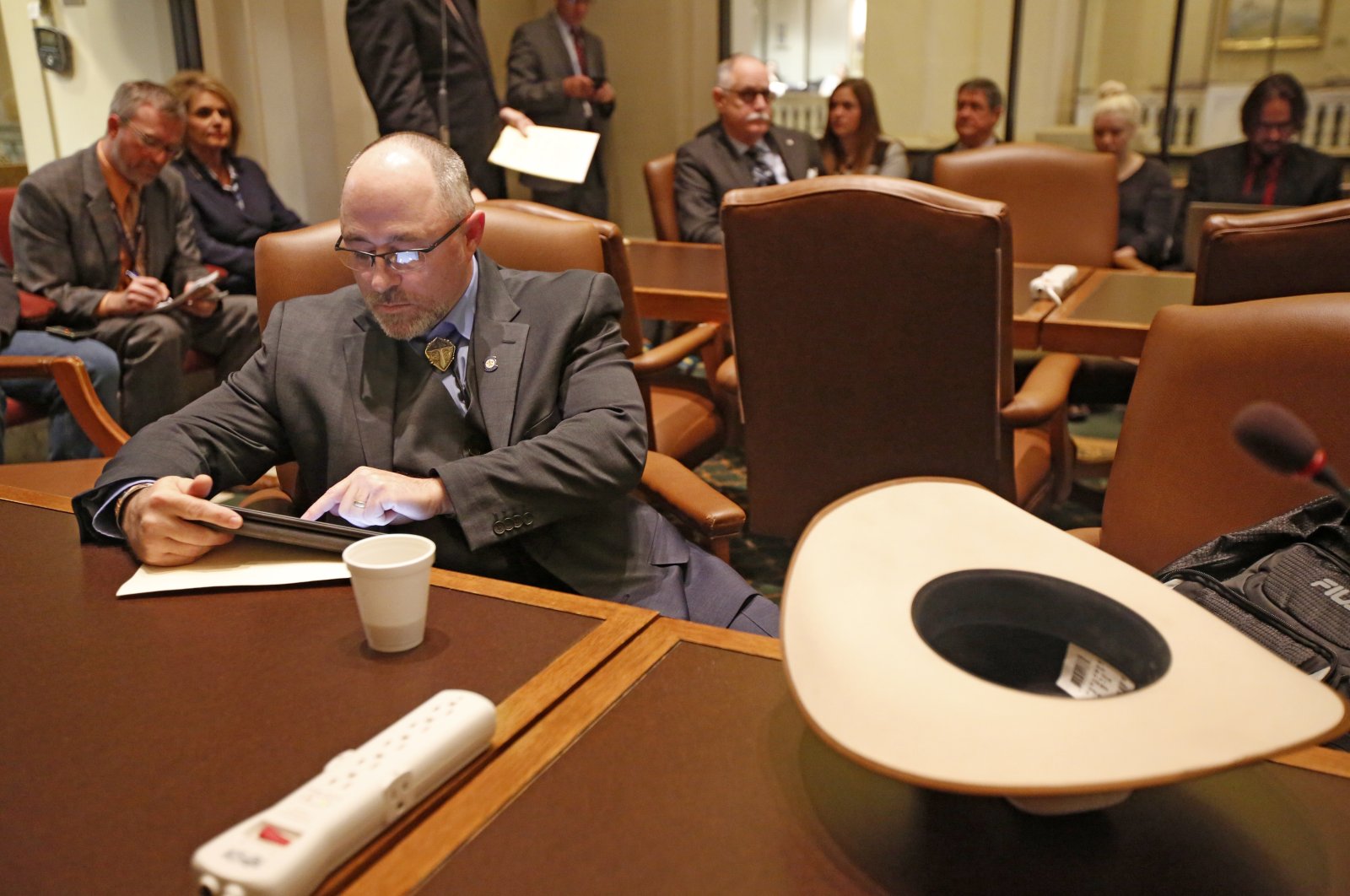 Oklahoma State Rep. Justin Humphrey prepares to speak at the State Capitol in Oklahoma City in the U.S. state of Oklahoma. The Republican lawmaker has proposed creating a "hunting season" for Bigfoot, a mythical, ape-like creature that has captured the imagination of adventurers for decades, Feb. 14, 2017. (The Oklahoman via AP)
by ASSOCIATED PRESS Jan 22, 2021 8:18 pm

A mythical, ape-like creature that has captured the imagination of adventurers for decades has now become the literal target of a lawmaker in the U.S. state of Oklahoma.

A Republican House member has introduced a bill that would create a Bigfoot hunting season. Rep. Justin Humphrey’s district includes the heavily forested Ouachita Mountains in southeast Oklahoma, where a Bigfoot festival is held each year. He says issuing a state hunting license and tag could help boost tourism.

"Establishing an actual hunting season and issuing licenses for people who want to hunt Bigfoot will just draw more people to our already beautiful part of the state," Humphrey said in a statement.

Humphrey says his bill would only allow trapping and that he also hopes to secure $25,000 to be offered as a bounty.

Micah Holmes, a spokesperson for the Oklahoma Department of Wildlife Conservation, which oversees hunting in the Midwestern state, told television station KOCO that the agency uses science-driven research and doesn’t recognize Bigfoot.