One year after US police shooting, Jacob Blake Jr. may walk again 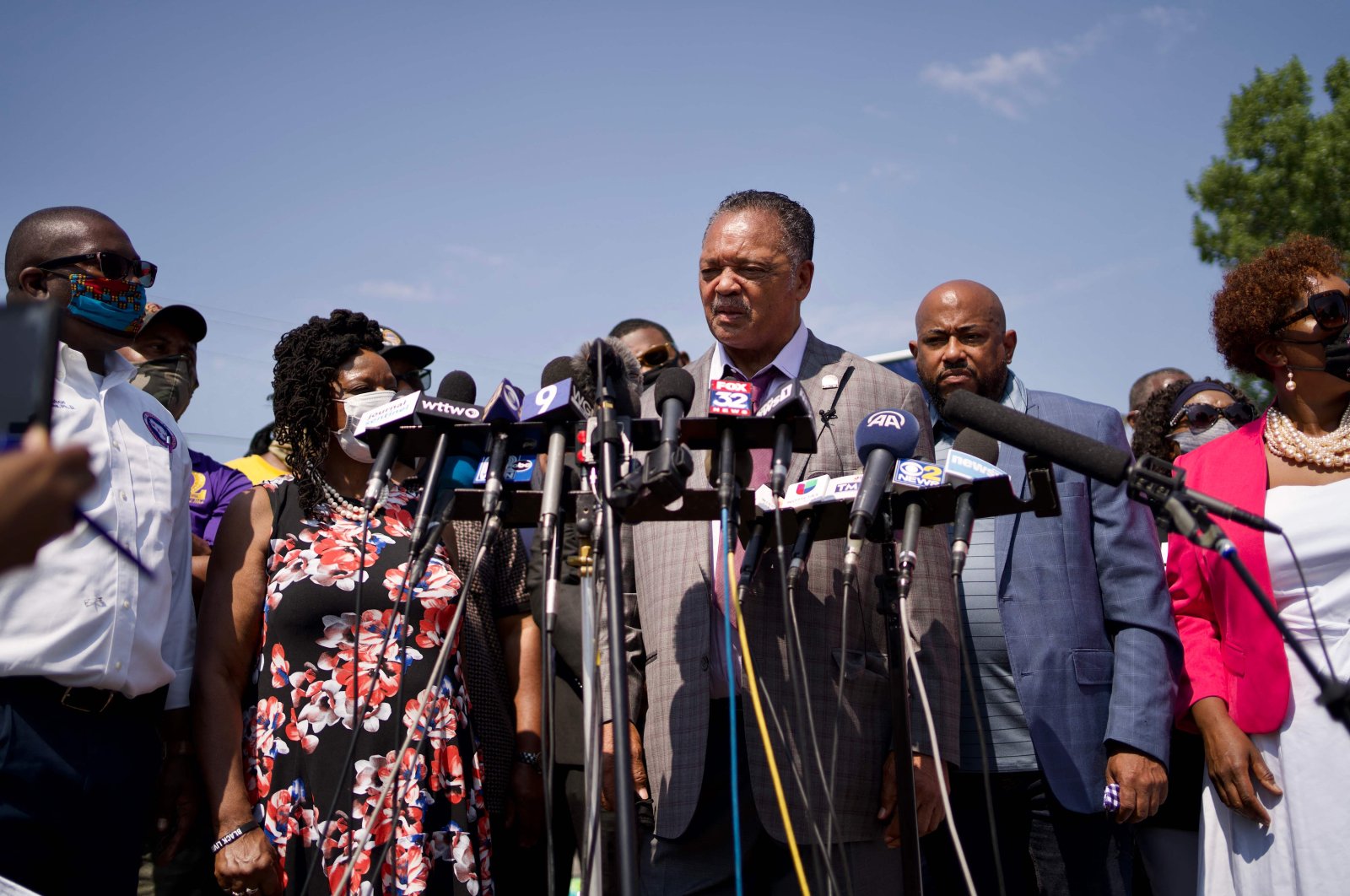 A black man who was left paralyzed from the waist down after being shot by a white police officer in Wisconsin expects to be walking soon, an accomplishment he says is tempered by fears of it happening again.

Jacob Blake Jr. was shot seven times by a Kenosha police officer in August 2020, three months after George Floyd was killed by police in Minnesota. Blake's shooting set off days of violent protests in the city of about 100,000 people located midway between Chicago and Milwaukee.

Blake tells CNN he was able to take a few steps during his son's birthday celebration this past week, which he compared to sliding his legs through a woodchipper. Although he was "so geeked” by the moment that followed months of physical rehabilitation, he is not claiming victory.

"Yeah, I’m here, and yeah I’m about to be walking, but I really don’t feel like I have survived because it could happen to me again,” Blake told the network.

"I have not survived until something has changed.” Blake said he continues to relive not only his own shooting, but other gun violence in the black community.

Last month, during Fourth of July fireworks when Blake was in Chicago with family, he called 911 over what he later realized was an anxiety attack. "I’m hearing these booms (fireworks) and it’s not scaring me because I got shot, it’s scaring me because all of those people have gotten shot so every time a boom went off, I’m kind of imagining people dying," Blake said.

Blake was shot by Kenosha police Officer Rusten Sheskey after he and two other Kenosha officers tried to arrest Blake on an outstanding warrant. A pocketknife fell from Blake’s pants during a scuffle. He said he picked it up before heading to a vehicle to drive away with two of his children in the back seat. He said he was prepared to surrender once he put the knife in the vehicle.

Sheskey, who was not charged, told investigators that he feared for his own safety. The shooting touched off chaotic protests in the Kenosha area, during which time an Illinois man allegedly shot and killed two demonstrators and wounded another.

Kyle Rittenhouse faces two charges of felony murder and one charge of attempted felony murder in the attack that left Blake "furious” and "angry.” "For the reasons they said they shot me, they had every reason to shoot him, but they didn’t,” Blake said. "Honestly if his skin color was different, and I’m not prejudiced or a racist, he probably would have been labeled a terrorist.”