Outrage in Mexico as levels of violence against women skyrocket 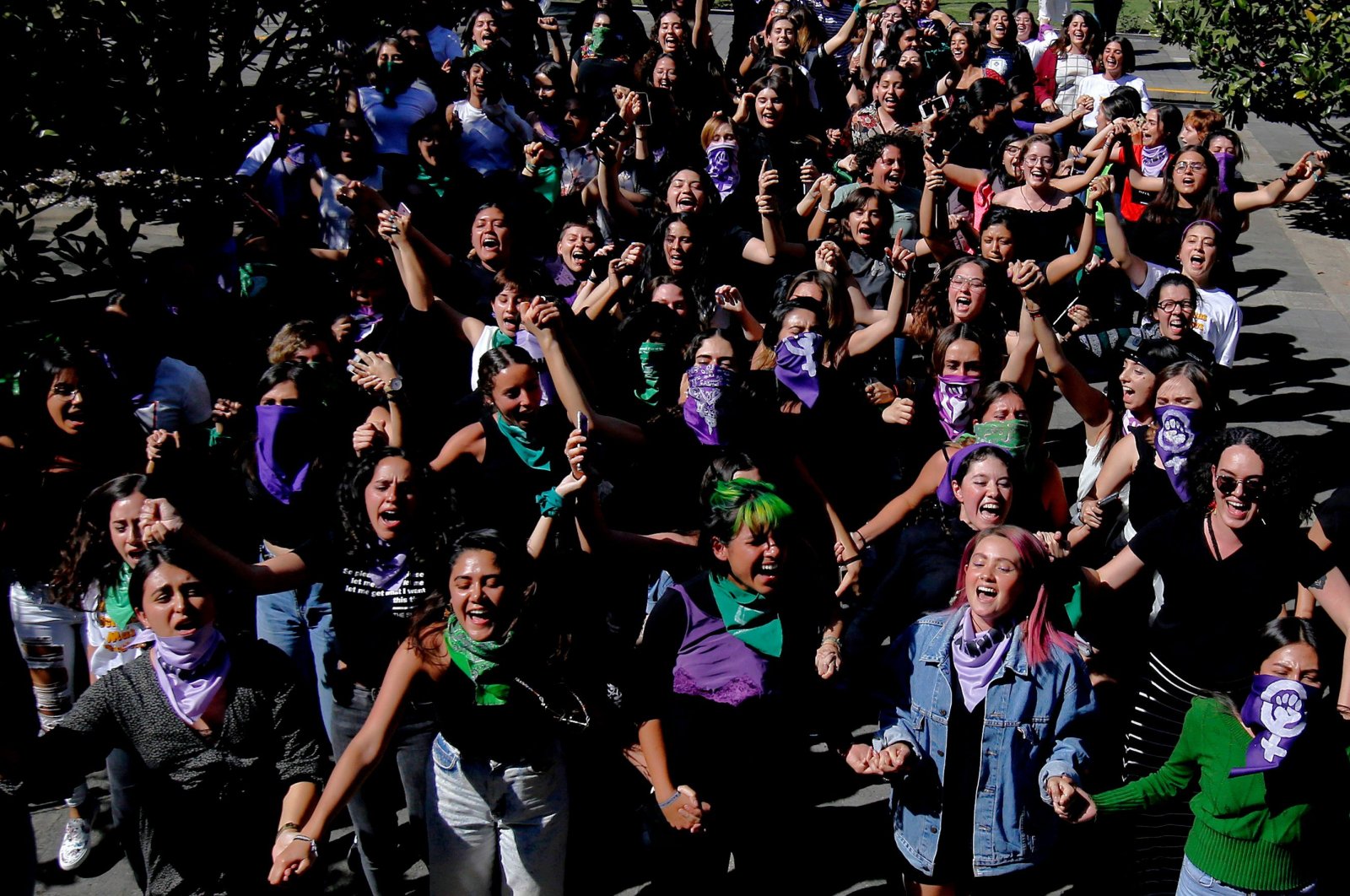 Students protest against gender violence and patriarchy at the Jesuit University of Guadalajara (ITESO), as part of the start of activities for 8M "International Women's Day," Guadalajara, March 5, 2020. (AFP Photo)
by Daily Sabah with Agencies Mar 06, 2020 11:59 am
RECOMMENDED

Mexico is suffering from a wave of gender-based violence, with 10 women murdered every day. Two brutal murders last month, including the kidnapping and murder of a 7-year-old girl and the skinning and disemboweling of a 25-year-old woman, highlight the issue ahead of International Women's Day on March 8 and fuel anger among women about what many view as the authorities' inadequate response to the brutality.

Women are taking to the streets to demand immediate action to reduce the number of femicides, which grew by 136% between 2015 and 2019 while accusing the Mexican government of ineffective policies regarding violence against women.

President Andres Manuel Lopez Obrador blamed "neo-liberalism" for the violence against women in the aftermath of the girl's murder, saying that his administration was “attending the root causes” of the problem by encouraging Mexicans to “love thy neighbor” and publishing “Ten Commandments vs. Violence Against Women” and a list of "rules," including “It is cowardice to hit a woman,” and “No to hate crimes against women.”

Femicides are frequently carried out by domestic partners and often involve grotesque or degrading violence. Last year, recorded femicides surged to 976 cases, more than double the number from five years earlier. Overall, 12% of murders in Mexico, including those not classified as femicides, are of women. Prosecutions for femicide remain low. Relatives of victims blame the country's weak justice system.