Paraguay's president tells all ministers to resign after rallies 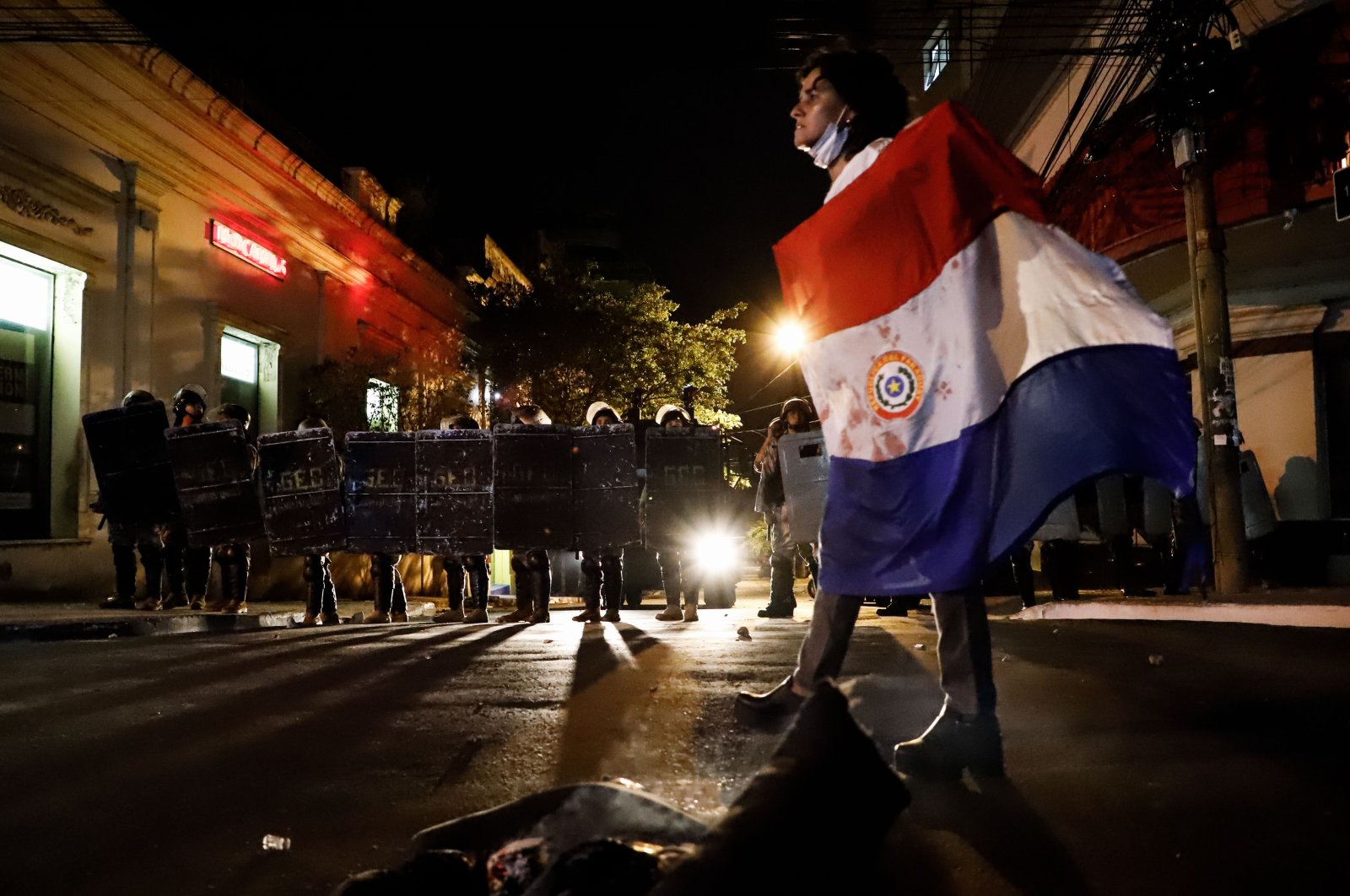 Police officers advance to disperse protesters during a demonstration against the government and President Mario Abdo Benitez for his management of the coronavirus pandemic, in Asuncion, Paraguay, March 5, 2021. (EPA Photo)
by German Press Agency - DPA Mar 07, 2021 1:36 pm
RECOMMENDED

Paraguayan President Mario Abdo Benitez has asked all Cabinet ministers to resign following riots at a demonstration against the government's handling of the coronavirus crisis.

The president had heard the message from the citizens, Communications Minister Juan Manuel Brunetti told journalists on Saturday. "He has asked all the members of the Cabinet to give up their positions."

Clashes occurred between protesters and police in the center of the capital, Asuncion, on Friday evening. Rioters hurled stones at the officers, who in turn used rubber bullets and tear gas.

The health system in the South American country is on the verge of collapse. The government recently had to admit that there is a shortage of important drugs for treating COVID-19 patients and that almost all intensive care unit beds at public hospitals are occupied.

So far, some 165,000 people in Paraguay have been infected with the coronavirus. More than 3,200 patients have died in connection with COVID-19, the Health Ministry said.

Paraguay is about the size of Germany and Switzerland combined but has only about 7 million inhabitants. Especially in rural areas, health care is often poorly developed.