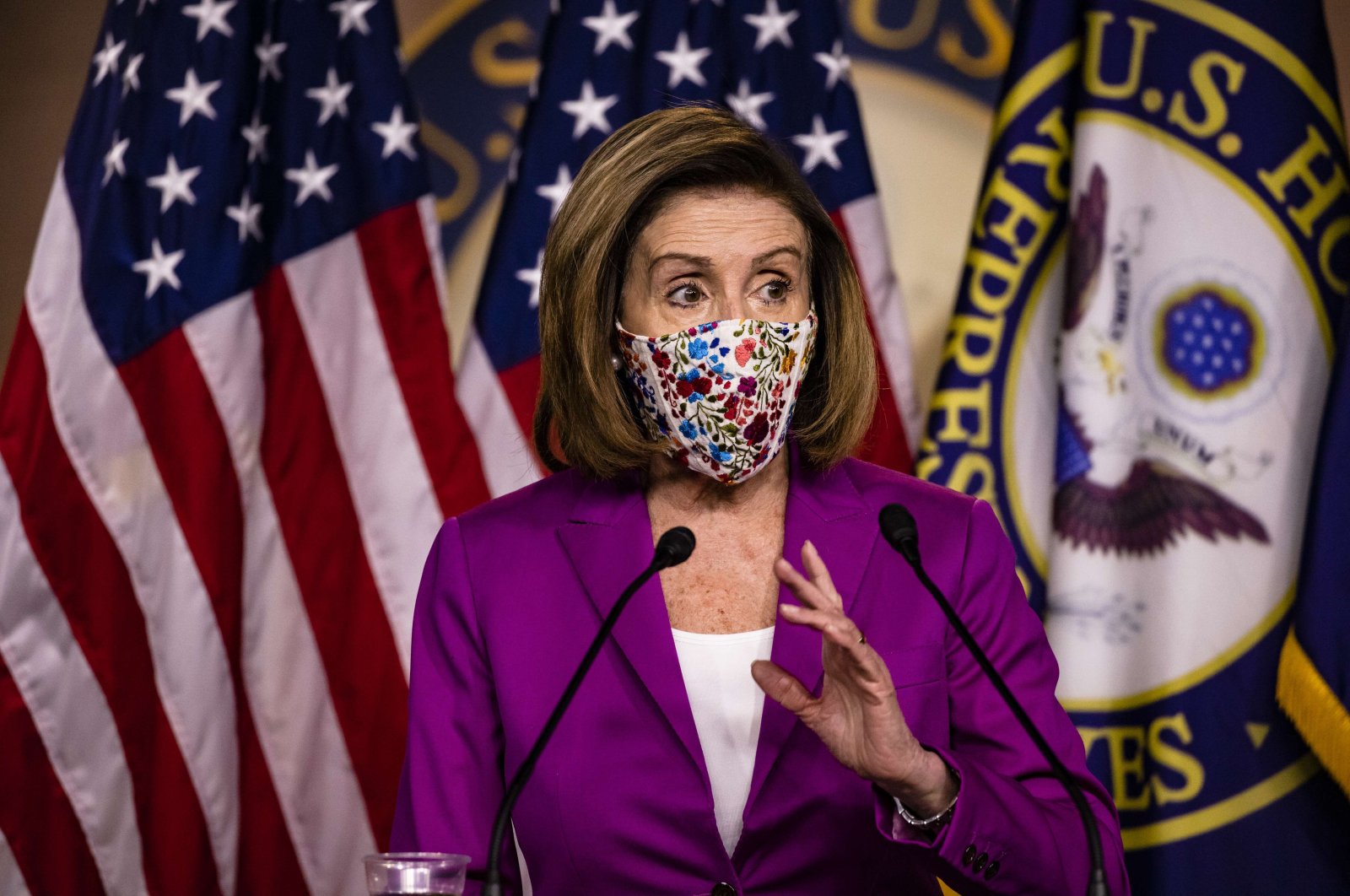 Speaker of the House Nancy Pelosi calls for the removal of President Donald Trump from office either by invocation of the 25th Amendment by Vice President Mike Pence and a majority of the Cabinet members or Impeachment at the U.S. Capitol on January 7, 2021 in Washington, DC. (AFP Photo)
by Agencies Jan 07, 2021 10:23 pm
RECOMMENDED

U.S. House Speaker Nancy Pelosi on Thursday called President Donald Trump's immediate removal from office emergency of highest magnitude" and said that Trump must be relieved of his duties through the 25th Amendment, a day after the president's supporters stormed the U.S. Capitol in an assault on American democracy.

"Yesterday, the President of the United States incited an armed insurrection against America," Pelosi told reporters at the U.S. Capitol, adding that Trump committed a "seditious act".

Pelosi also said that she expects a swift decision from Vice President Mike Pence whether he will invoke the 25th amendment.

"Trump is a very dangerous person, he should not remain in office," she said.

She also added that if the 25th amendment, allowing for a cabinet majority to remove a president deemed unable to discharge his duties, is not invoked, the Congress is prepared to move forward with impeachment.

"I don't think it'll take long to get an answer from the vice president," Pelosi said, adding that she and top Senate Democrat Chuck Schumer had "made our interest in this known, so we'll see what they come back with. But they have to answer for it."

She put the blame for what she described as an "attempted coup" squarely on Trump, declaring he had "incited an armed insurrection against America."

"A threshold was crossed of such magnitude that there is no way that this president should be allowed to make any decision, to rouse any troops of his Trumpites. What's next, what happens today?" she said.

"We do know that he must be contained."

She praised some "courageous" Republicans for finally speaking out against Trump.

But with questions being asked about the security failures in Wednesday's violence she singled out acting defense secretary Christopher Miller, saying he "certainly has to answer for where the National Guard was yesterday."

"Trump is a complete tool of Russian leader Vladimir Putin," she stated.

And simply waiting until his term as president expires on January 20 is not enough, Pelosi said. "In the next 13 days, this dangerous man can do further harm to our country."