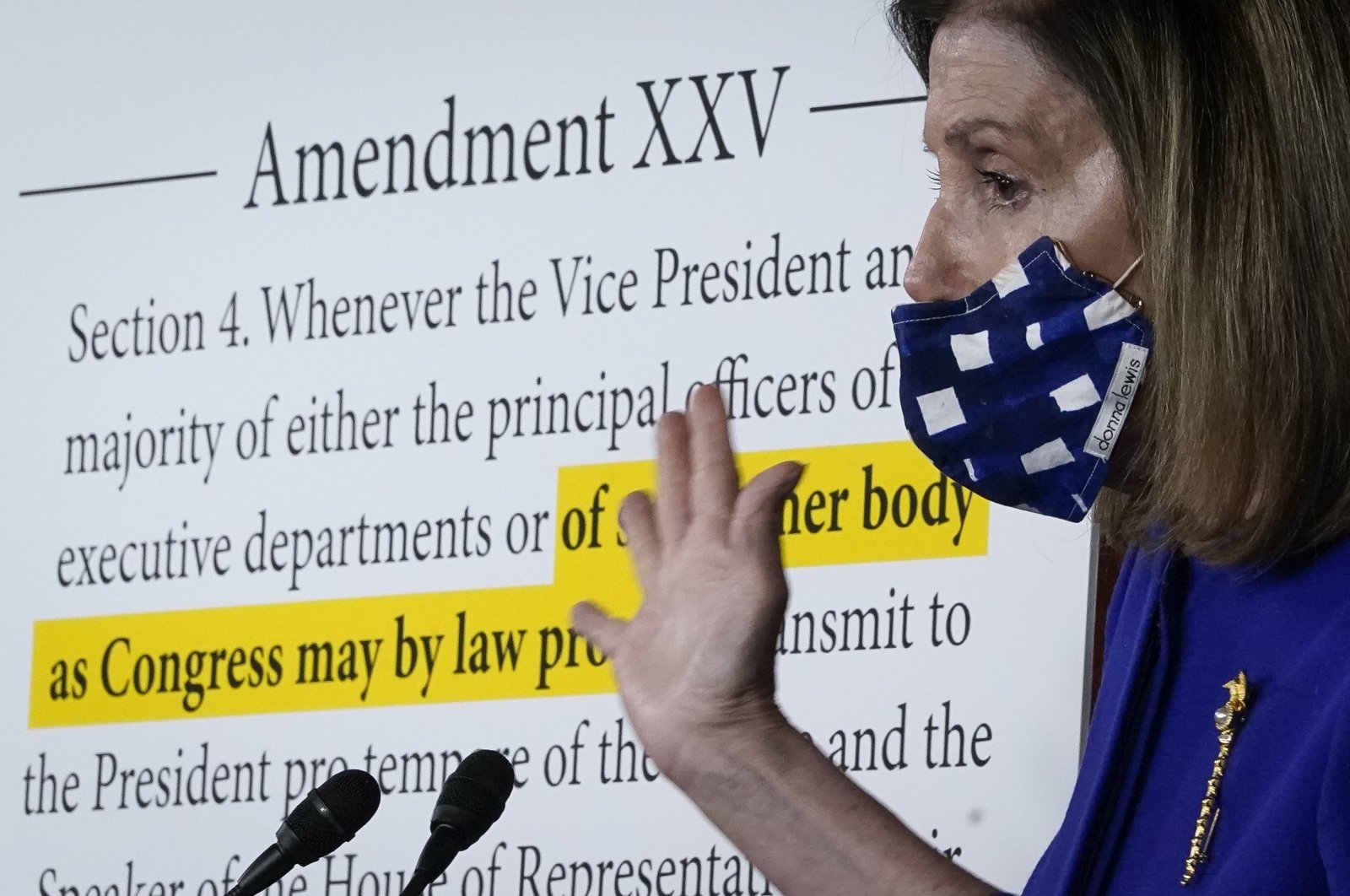 U.S. House Speaker Nancy Pelosi, Donald Trump's chief rival in Congress, proposed a commission Friday to assess a president's capacity to carry out their duties – a move that highlights concerns about Trump's health weeks before the election.

Despite the conspicuous timing of the unveiling, Pelosi insisted that "this is not about President Trump," who has been treated for Covid-19 for the past week and is desperate to return to campaigning.

"He will face the judgment of the voters," the top Democrat said. "But he shows the need to create a process for future presidents."

Pelosi introduced legislation that would create what she called a commission on the presidential capacity to discharge the powers and duties of the office.

The bill would establish a 16-member bipartisan panel of medical experts and former executive branch officials. But with Republicans controlling the Senate, it is highly unlikely that the bill will become law.

The panel would fulfill a process established under the U.S. Constitution's 25th Amendment that was ratified in 1967, after John F Kennedy's assassination.

Pelosi said the move would preserve "stability if a president suffers a crippling physical or mental problem," and provide guidance for the transfer of power to the vice president if needed.

Despite the proclamation that the bill was intended to address future presidents, Pelosi directly addressed Trump's health and how it had raised concerns.

"Clearly he is under medication. Any of us who is under medication of that seriousness is in an altered state," she told reporters. "He has bragged about the medication that he has taken, and again, there are articles by medical professions saying this could ... have an impact on his judgment."

Trump, who is trailing in the polls, fired back angrily on Twitter – and turned the issue against his election rival Joe Biden and running mate Kamala Harris.

"Crazy Nancy Pelosi is looking at the 25th Amendment in order to replace Joe Biden with Kamala Harris," Trump said. "The Dems want that to happen fast because Sleepy Joe is out of it!!!"

House Democrat Jamie Raskin, a constitutional scholar who unveiled the bill with Pelosi, said the Covid-19 crisis, which has killed 212,000 Americans and ravaged White House staff, shows the "wisdom" of the 25th Amendment.

"What happens if a president – any president – ends up in a coma, or on a ventilator, and has made no provisions for the temporary transfer of power under Section 3? Who has the powers of the presidency at that point?" he asked. "We do need to do this."

Multiple U.S. presidents have temporarily transferred power to their vice presidents under Section 3 provisions when incapacitated, including Ronald Reagan and George W Bush, when they underwent anesthesia.