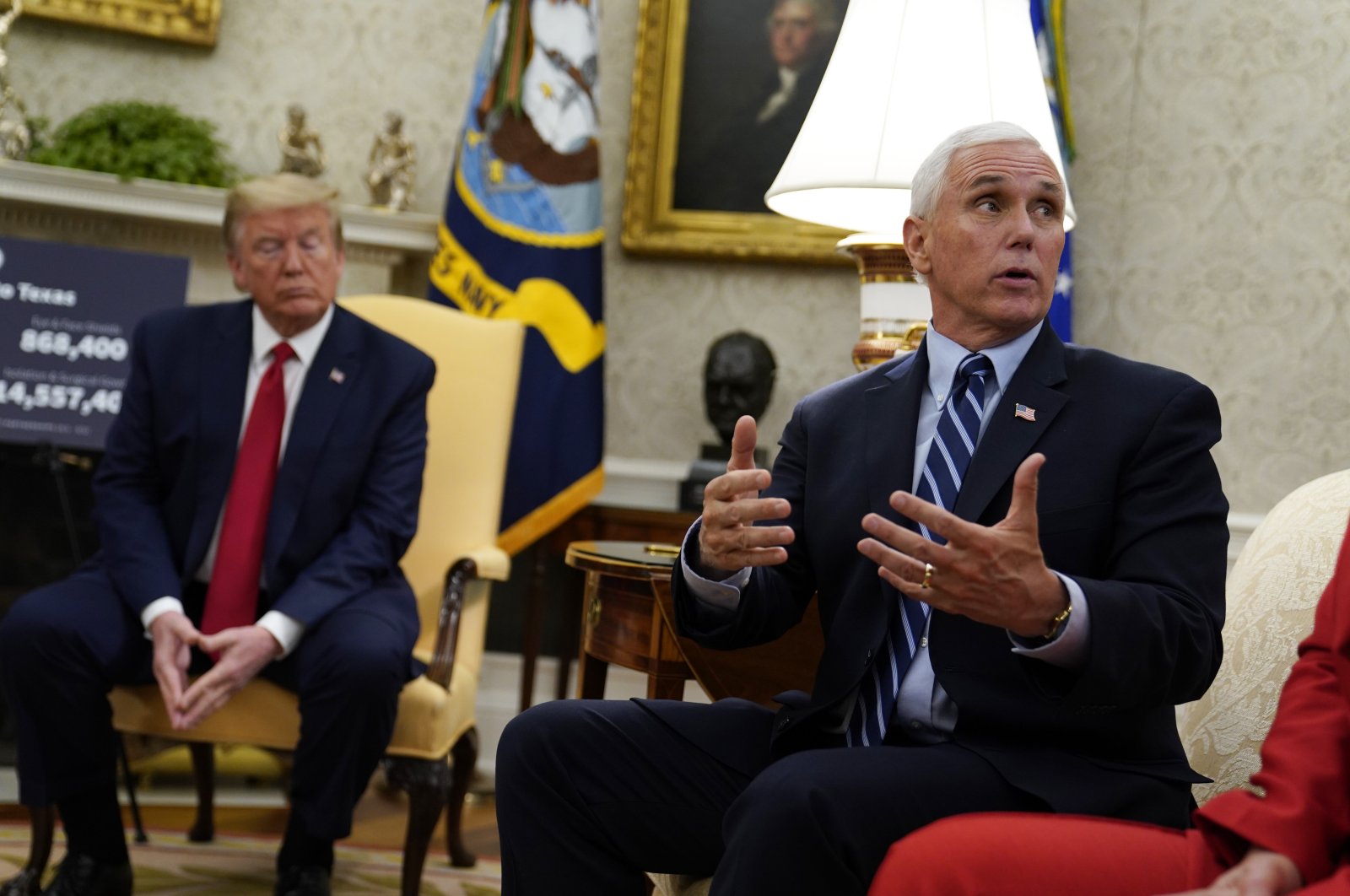 U.S. President Donald Trump listens as Vice President Mike Pence speaks during a meeting about the coronavirus response with Gov. Greg Abbott, R-Texas, in the Oval Office of the White House, Thursday, May 7, 2020, in Washington. (AP Photo)
by REUTERS May 13, 2020 12:01 am

U.S. Vice President Mike Pence is keeping his distance from President Donald Trump for a few days in the wake of his press secretary testing positive for the coronavirus, White House spokeswoman Kayleigh McEnany told reporters on Tuesday.

Pence was not at Trump's Rose Garden news conference on Monday nor at a White House meeting with U.S. military and national security officials on Saturday after Katie Miller received the test result last week.

"The vice president has made the choice to keep his distance for a few days," McEnany told a news briefing. She said it was up to Pence to decide when to end the distancing.

Pence has tested negative for the virus since Miller's test. But her infection has forced changes throughout the West Wing with staffers asked to wear masks and practice social distancing.

Many senior officials were seen wearing masks in the White House Rose Garden on Monday during Trump's news conference. Trump has not been spotted publicly wearing a mask.