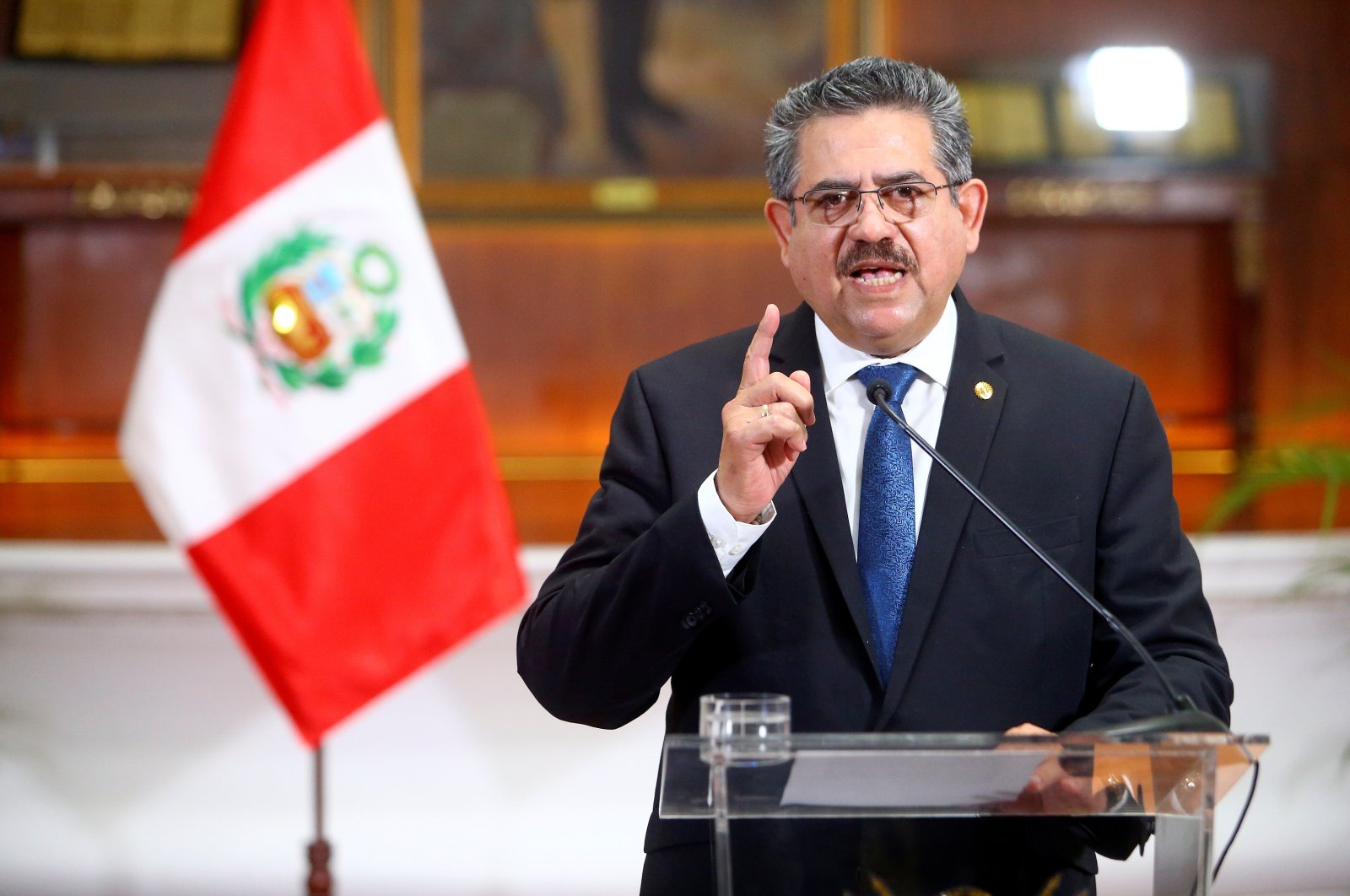 Peru was without a president Monday after Congress failed to agree on a successor to interim leader Manuel Merino, who resigned following days of street protests against him.

Merino announced he was stepping down Sunday, following an ultimatum from Congress for him to quit or face censure after a police crackdown on protesters left at least two dead and scores injured.

"I want to let the whole country know that I'm resigning," said Merino, 59, in a televised address, sparking celebrations in the capital Lima following street protests against the ousting of his popular predecessor.

Congress now has to name Merino's successor to become the country's third president in a week.

Merino only assumed office on Tuesday, a day after the assembly impeached predecessor Martin Vizcarra on corruption charges. As speaker of Congress, he was next in line as the post of vice president was vacant.

A crisis session of Congress failed to agree on a new president Sunday night. Leftist legislator and former human rights activist Rocio Silva Santisteban, supposedly a consensus candidate, needed 60 votes but she only got 42, with 52 against and 25 abstentions. Party whips then held a closed-door meeting as thousands of protesters remained peacefully on the streets, undisturbed by police.

Thousands have taken to the streets in days of protests against Merino, who had launched the first, unsuccessful, impeachment proceedings against Vizcarra in September. Elections are scheduled for April 2021, and Merino was due to leave office in July, when Vizcarra's mandate was to end.