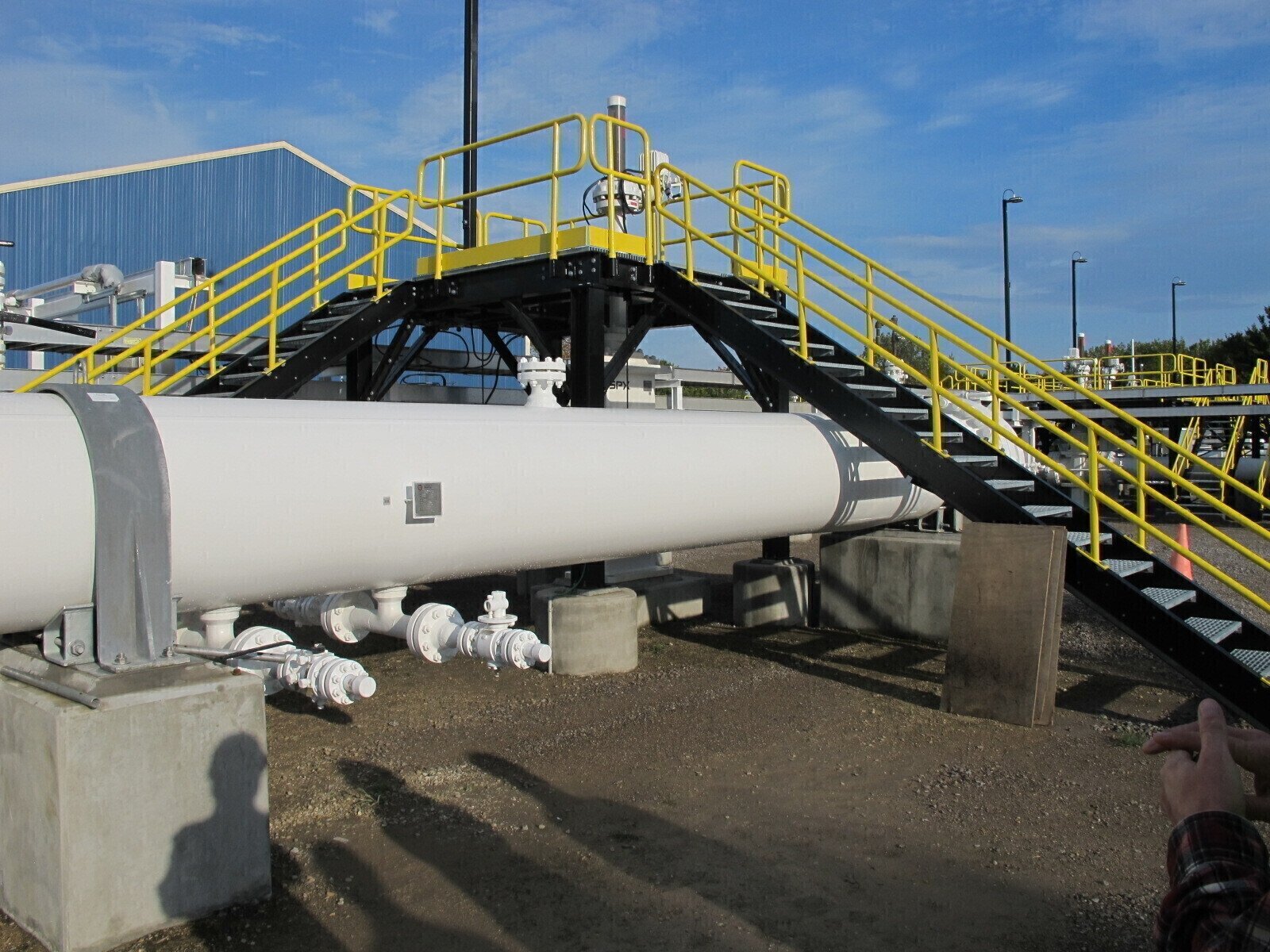 A severely corroded pipeline ruptured and spilled more than 1.1 million liters (over 300,000 gallons) of diesel fuel just outside New Orleans, according to federal records.

The spill from the 40-centimeter (16-inch) diameter line operated by Collins Pipeline Co. was discovered Dec. 27 near a levee in St. Bernard Parish, just east of New Orleans, according to documents from the Pipeline and Hazardous Materials Safety Administration.

In October 2020, an inspection of the 42-year-old Meraux Pipeline revealed external corrosion along a 7-meter (22-foot) section of pipe in the same area as the spill. But repairs were delayed and the line continued operating after a subsequent inspection indicated the corrosion was not bad enough to require work immediately under federal regulations, according to the pipeline agency.

The spilled fuel contaminated soil and created a large pool of diesel in an environmentally sensitive area just a few hundred feet from the Mississippi River, the documents show.

St. Bernard Parish President Guy McInnis said Wednesday that he was told contaminated animals were taken to a nearby cleanup company.

An estimated 227,000 liters (50,000 gallons) of diesel were later recovered and cleanup of the remaining fuel is ongoing, the documents show.

Diesel is considered a highly toxic petroleum product that can kill fish and plants that come into direct contact with it, according to the National Oceanic and Atmospheric Administration. Fuel from small spills can evaporate or disperse naturally in just a couple of days but larger spills can take months to naturally degrade.

A pipeline safety advocate said it was "maddening” that the corrosion was known about for more than a year prior to the spill yet fuel kept flowing through the 200-kilometer-long(125-mile-long) line from a refinery in Chalmette to a storage terminal in Collins, Mississippi.

"It’s especially maddening to learn that Collins Pipeline’s initial analysis deemed the pipe in such poor condition that it warranted an immediate repair,” said Bill Caram with the Pipeline Safety Trust. The Bellingham, Washington-based organization advocates for more stringent oversight of the nation’s sprawling network of pipelines transporting oil, natural gas and other hazardous fuels.

In a Dec. 30 order for the line to remain shut down until repairs have been completed, federal officials said based on preliminary reports that the probable cause of the spill was "likely localized corrosion and metal loss.”

A PBF Energy representative had said in an October 2021 email to federal pipeline regulators that the company was still awaiting federal and state approval to repair the corrosion found in the vicinity of where the spill occurred, according to federal records.

That work was anticipated to begin later this month once the company received permits from the U.S. Army Corps of Engineers and the Louisiana Coastal Protection and Restoration Authority, PBF Energy regulatory compliance director Thomas McLane said in the email.

The company had reduced pressure inside the line in November 2020, shortly after the corrosion was first found, and reduced it even more in November 2021 because it had not repaired the line within the time frame required under federal regulations, according to pipeline officials.

The spill had not been previously publicly reported.