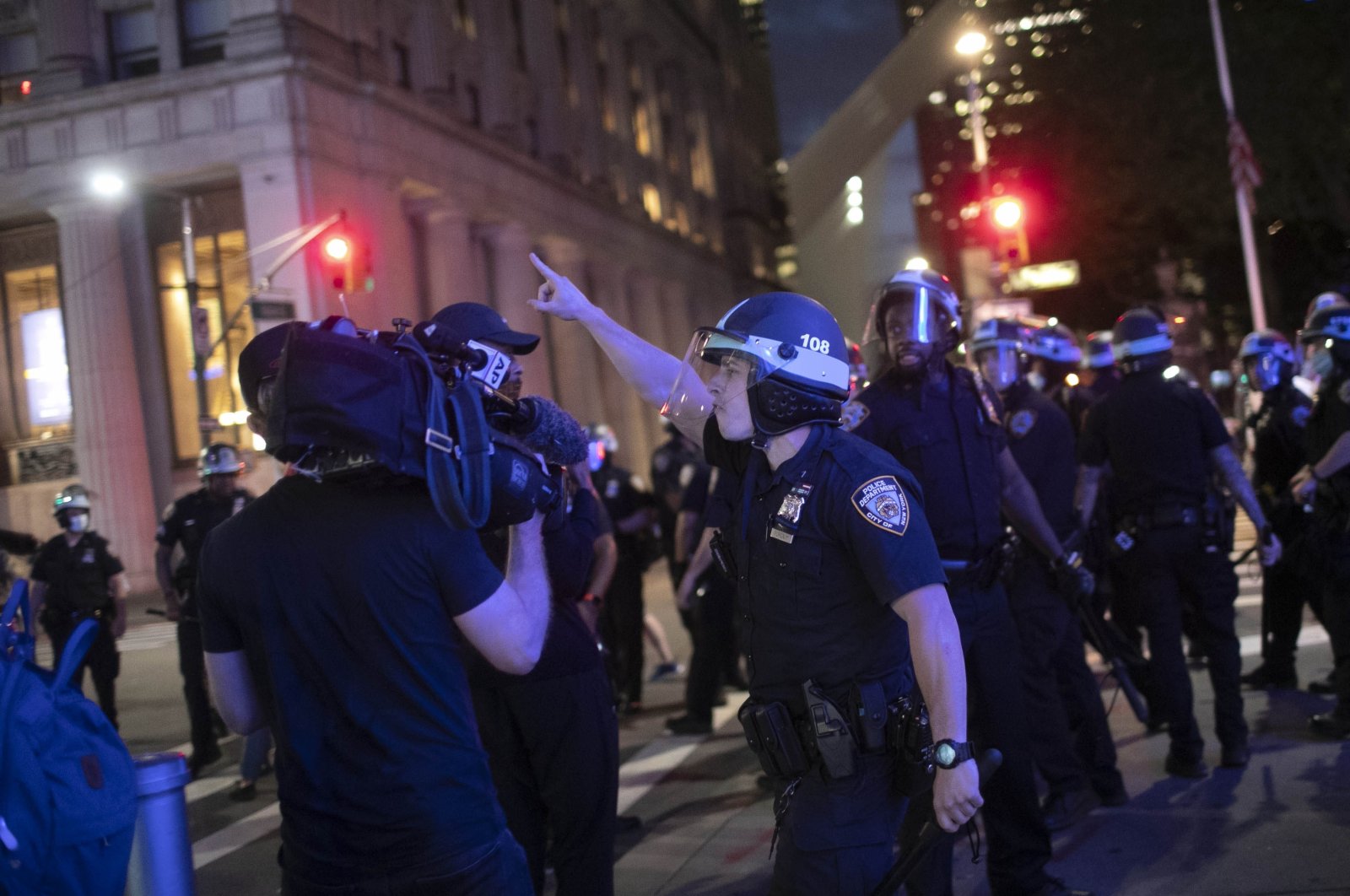 U.S. Secretary of State Mike Pompeo on Wednesday pledged to launch a probe into complaints regarding the mistreatment of foreign journalists covering nationwide protests against racism and police brutality.

Australia, Britain and Germany have all taken the unusual step of voicing concern about U.S. actions, with Australia stunned by scenes of two of its television journalists attacked by police outside the White House.

"I know there have been concerns from some countries of their reporters having been treated inappropriately," Pompeo told a news conference. "We've seen some of those allegations come into the State Department. You should know and those countries should know we will handle them in a completely appropriate way. We will do our best to investigate them," he said in response to a question.

The U.N. High Commissioner for Human Rights Michelle Bachelet, reported last week what she called unprecedented aggression against reporters covering the nationwide protests triggered by the death of African American George Floyd at the hands of white police officers in Minneapolis.

She cited reports that at least 200 journalists had been harassed or detained while covering the demonstrations.

Australian Foreign Minister Marise Payne earlier said that Canberra would conduct its own investigation and registered "strong concerns" over the treatment of its journalists. Footage showed 7NEWS reporter Amelia Brace being clubbed with a truncheon and cameraman Tim Myers being hit with a riot shield and punched in the face by police clearing Lafayette Park outside the White House on June 1.

President Donald Trump shortly afterward walked through the park to pose for a picture in front of a church damaged in the unrest.

Civil rights groups have filed a lawsuit, saying that Trump violated the constitutional rights of free speech to protesters, whose rally had been peaceful. U.S. adversaries have also seized on the scenes of chaos in the United States, including Trump's threats to use the military against protesters.

Russia – often accused by the United States of violating human rights and the right to free expression – complained of violence by U.S. police against reporters, particularly against a woman working as a stringer for the Russian news agency Sputnik.

China and Iran have both alleged double standards by the United States, which frequently assails them for suppressing dissent. Pompeo hit back that Floyd's killing and the growing debate on police reform showed the strengths of the American system. The United States wants to "respect every human being because they are made in the image of God."

"I actually think our diplomats have this incredible opportunity to tell this important story about how America confronts challenges inside its own country in a way that reflects the finest of what our founders would have hoped."