Portland marks 100 days of protests against US police brutality, racism 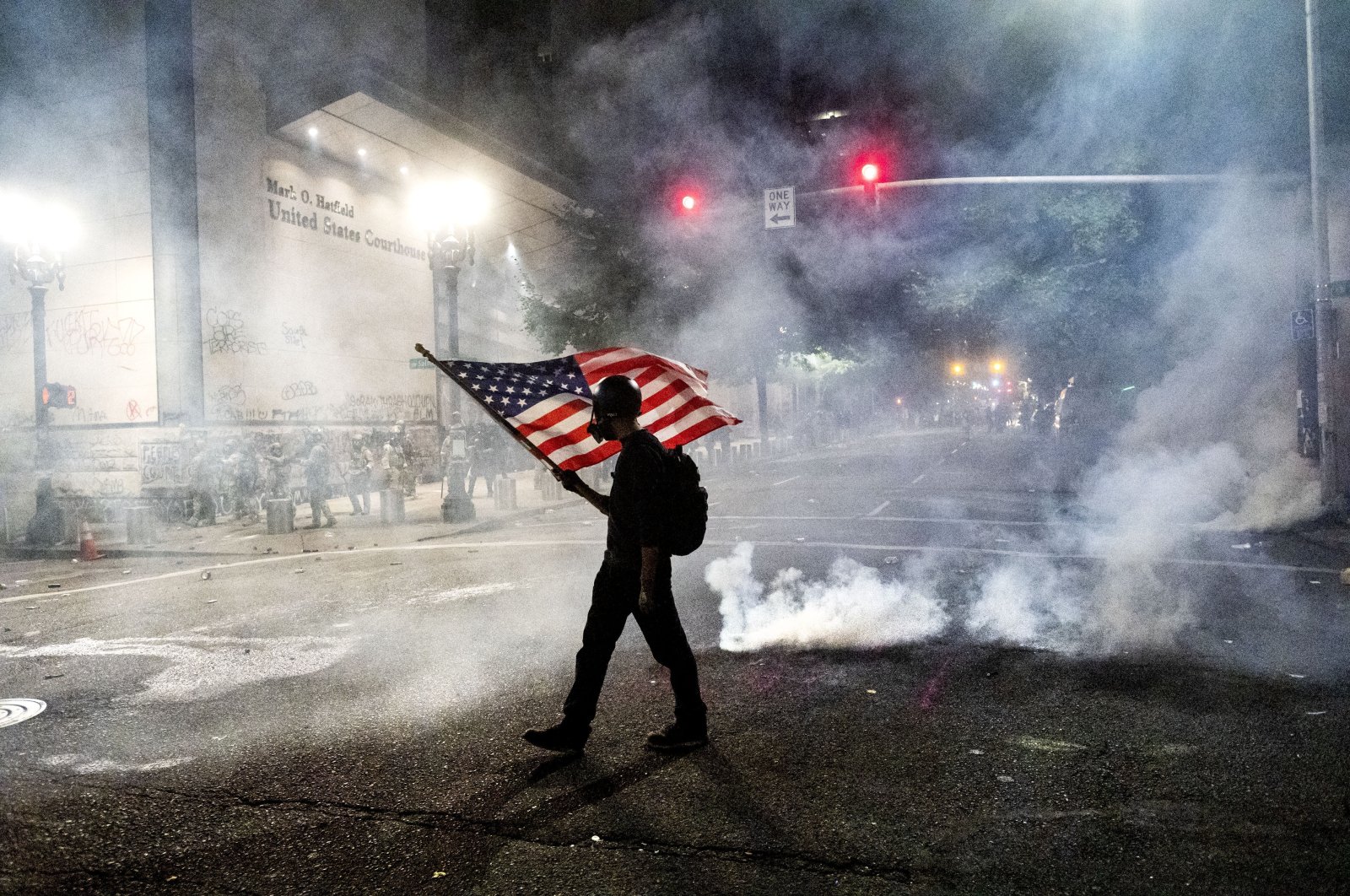 Portland, Oregon this weekend marks 100 days since protests erupted in the western U.S. city to denounce police brutality and racism, shining a spotlight on a deeply polarized America as it prepares for elections in November.

The city has seen escalating clashes between right- and left-wing groups in recent weeks following nearly 100 days of protests since George Floyd, a black man, died in Minneapolis, Minnesota on May 25 after a white police officer knelt on his neck.

Police shot and killed an anti-fascist activist Thursday as they moved in to arrest him for the alleged fatal shooting of a right-wing activist in Portland, last weekend, officials said. Michael Reinoehl, 48, was wanted on a charge of murder when members of a fugitive task force shot him dead in Olympia, Washington after he left an apartment building and got in a car, according to police. Reinoehl, who had provided security for Black Lives Matter protests in Portland, was allegedly involved in the shooting of Aaron Danielson on Saturday night, the U.S. Marshal's Service said. Danielson, 39, was among a caravan of supporters of U.S. President Donald Trump who rode in pickup trucks into downtown Portland and clashed with protesters demonstrating against racial injustice and police brutality.

Floyd's death triggered similar protests nationwide, but it is in Portland, a city of 650,000 that is more than 70% white, that activists have remained on the streets practically every night, demanding racial justice and police accountability.

Other than Portland, Kenosha, Wisconsin has seen Black Lives Matter protests and riots since a white police officer shot 29-year-old African American Jacob Blake in front of his three young sons. And the arrival of armed, white vigilantes, culminating in an incident in which a 17-year-old militia enthusiast, Kyle Rittenhouse, allegedly shot dead two people and badly injured another.

The growing presence of armed militia-style groups during protests over the police shooting of Jacob Blake and the killing of George Floyd has ignited further unrest and chaos across the country. Many militia-style groups have gained ground in the U.S., which is confirmed by growing evidence of armed men being reported with alleged links to violence during protests over Floyd's death, which have spread from Minnesota to the White House. Militia patrolled the streets of Minneapolis in the weeks after Floyd died and in Albuquerque, New Mexico a person was shot and seriously wounded in June during a clash between protesters and a group called the New Mexico Civil Guard.

The tragedy in Minneapolis has reignited long-felt anger over police killings of African Americans and unleashed a nationwide wave of civil unrest unlike any seen in the U.S. since Martin Luther King Jr.'s 1968 assassination. The demonstrations have been largely peaceful, but many have broken down into violence and looting after nightfall.