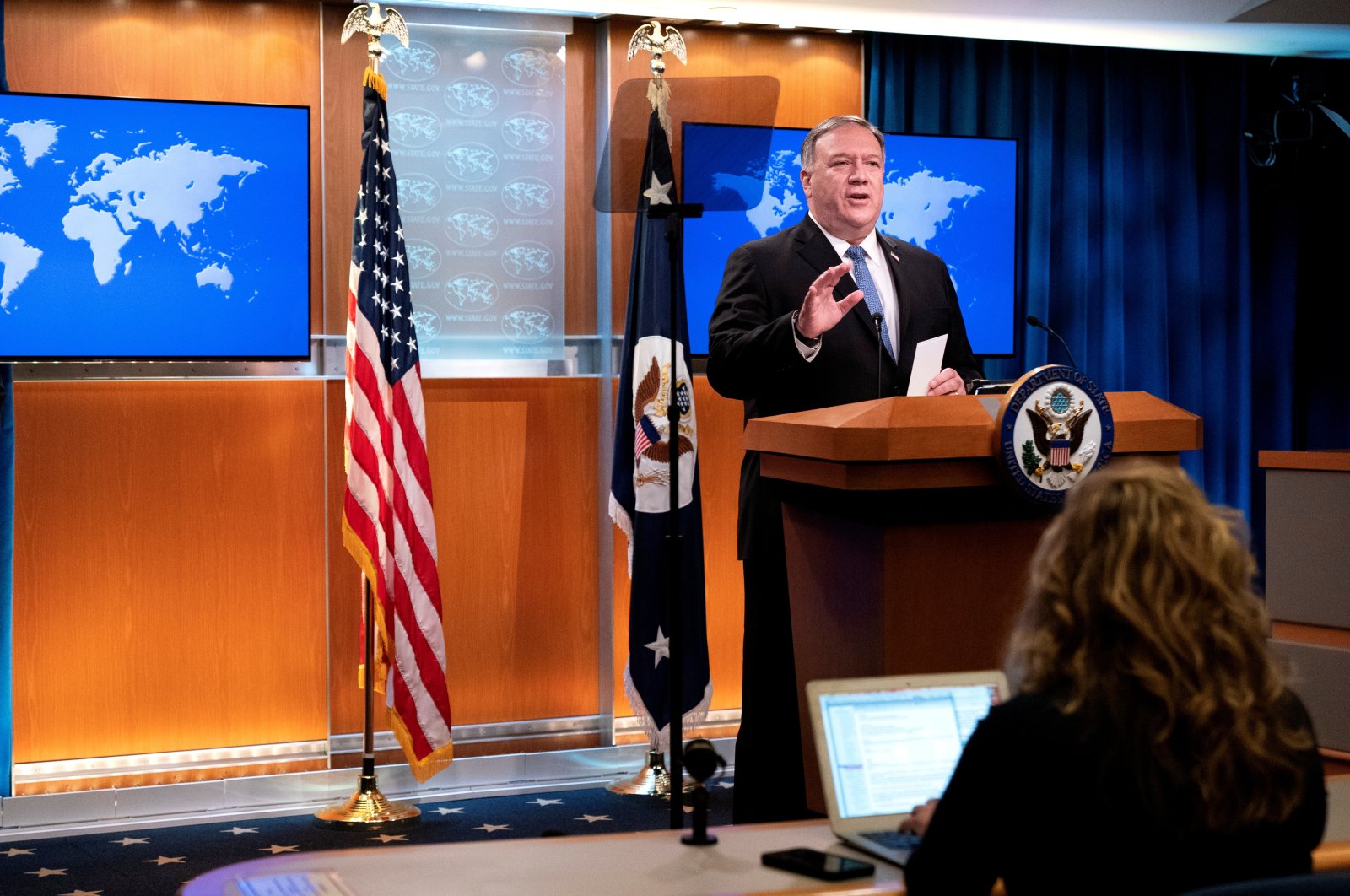 President Donald Trump's resistance to the U.S. election results, backed by senior Republicans in Washington, is driving the country into chaos while Secretary of state Mike Pompeo's remarks implying that Trump might yet be reelected came at a tense moment for the nation.

Pompeo, one of Trump’s most loyal Cabinet members, did not refer to Joe Biden winning the U.S. election when making remarks to reporters at the State Department Tuesday. He told reporters with a grin on Tuesday that the “transition” to a second Trump term would be “smooth” but later said the State Department would be prepared no matter who is president on Inauguration Day. His comments about the transition came in response to a question about whether the State Department was prepared to engage with the Biden team.

Raising unsupported claims of voter fraud, Trump has blocked the incoming president from receiving intelligence briefings and withheld federal funding intended to help facilitate the transfer of power. Trump's resistance, backed by senior Republicans in Washington and across the country, could also prevent background investigations and security clearances for prospective staff and access to federal agencies to discuss transition planning.

Trump installed loyalists in top positions at the Pentagon, one day after firing Defense Secretary Mark Esper, which could potentially make it easier to use U.S. troops to respond to domestic protests.

Biden shrugged off Trump's fierce refusal to accept the election outcome as “inconsequential,” even as Democrats elsewhere warned that the Republican president's actions were dangerous. As some Democrats and former Republican officials warned of serious consequences, Biden sought to lower the national temperature Tuesday as he addressed reporters from a makeshift transition headquarters near his home in downtown Wilmington. He described Trump's position as little more than an “embarrassing” mark on the outgoing president's legacy while predicting that Republicans on Capitol Hill would eventually accept the reality of Biden's victory. The Republican resistance, Biden said, “does not change the dynamic at all in what we’re able to do.”

The measured comments come as Biden prepares to confront dueling national crises that actively threaten the health, safety and economic security of millions of Americans irrespective of the political debate. Coronavirus infections, hospitalizations and deaths are surging, the economy faces the prospect of long-term damage, and the nation's political and cultural divides may be worsening.

Biden's hopes of enacting major Democratic priorities like expanding health care access, fighting climate change and providing more coronavirus aid will now rely heavily on a pair of U.S. Senate races in Georgia in January. The Democrats fell short of their goal of taking a Senate majority while securing control of the U.S. House of Representatives with a slimmer majority after winning at least 218 seats, The Associated Press (AP) reported late Tuesday. The 435-member chamber will now be controlled by the Democratic Party for another two years but with a slimmer margin. The Democrats went into Election Day with a 232-197 House advantage, along with one independent and five open seats. This will be only the second time since 1995 that they will control the chamber for four consecutive years.

Nearly 80% of Americans, including more than half of Republicans, recognize Biden as the winner of the Nov. 3 election after most media organizations called the race for the Democrat based on his leads in critical battleground states, according to a Reuters/Ipsos poll.

The Reuters/Ipsos national opinion survey, which ran from Saturday afternoon to Tuesday, found that 79% of U.S. adults believe Biden won the White House. Another 13% said the election has not yet been decided, 3% said Trump won and 5% said they do not know. The results were somewhat split along party lines: about six in 10 Republicans and almost every Democrat said Biden won.