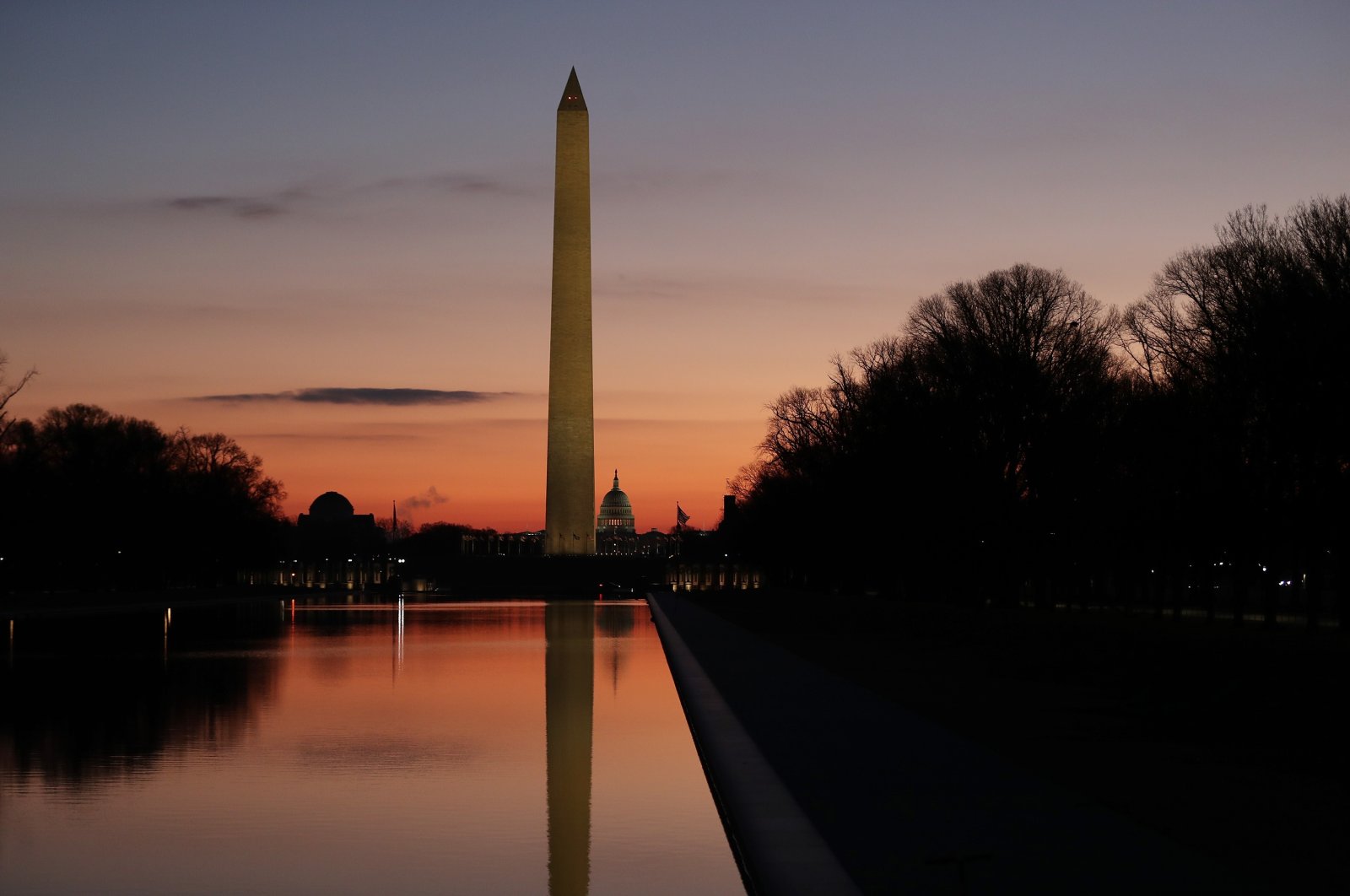 The U.S. Capitol is seen behind the Washington Monument across from the Reflecting Pool the day after a pro-Trump mob broke into the building, Washington, D.C., Jan. 07, 2021. (AFP Photo)
by REUTERS Jan 11, 2021 8:48 pm
RECOMMENDED

The U.S. National Park Service said on Monday it has closed the Washington Monument through Jan. 24 due to continuing threats, from groups involved in last week's pro-Trump riot at the U.S. Capitol, to disrupt President-elect Joe Biden's Jan. 20 inauguration.

In a statement posted on its website, the Park Service said the threats include possible disruption to the "set-up and execution of inaugural events, which occur in several park areas" on the National Mall.

"In response, the National Park Service will suspend tours of the Washington Monument beginning Jan. 11, 2021, through Jan. 24, 2021, and may institute temporary closures of public access to roadways, parking areas and restrooms within the National Mall and Memorial Parks if conditions warrant, to protect public safety and park resources."

It was unclear whether the closures would prevent the National Park Service from issuing new public gathering permits for First Amendment demonstrations on the National Mall between now and Jan. 24. A spokesperson for the Park Service could not immediately be reached for comment.

The permit for the Jan. 6 rally in support of President Donald Trump that led to violence at the Capitol was issued to "Women for America First," a group that has been involved in other pro-Trump rallies in Washington challenging Biden's Nov. 3 election results.

Gatherings of more than 25 people on the Mall normally need a permit from the Park Service. Last week's rally permit was initially listed for 5,000 people but later expanded to 30,000.