Protests erupt in Brazil after black man beaten to death 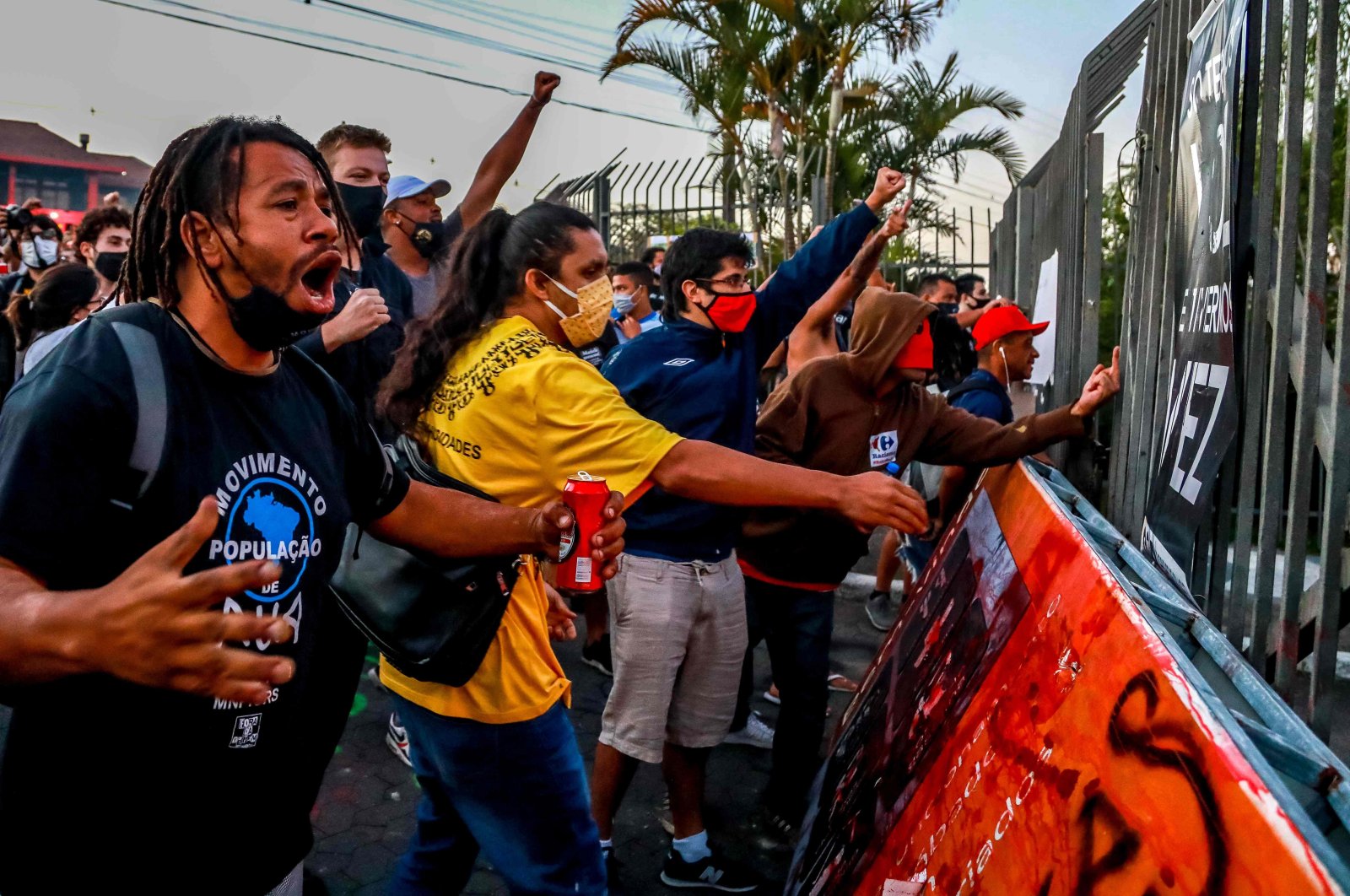 A black man died after being beaten by supermarket security guards in the Brazilian city of Porto Alegre on the eve of Friday's Black Consciousness Day observations, sparking outrage after videos of the incident circulated on social media.

A short clip showed one guard restraining Joao Alberto Silveira Freitas just outside the doors of a Carrefour supermarket while the other pummeled him with repeated blows to the face. A store employee stood to the side filming. Other clips, shot afterward, showed a guard kneeling atop Freitas' back.

Dozens of protesters entered a Carrefour in Brazil’s capital, Brasilia, on Friday morning, chanting “Black lives matter!” One held a sign reading: “Don't shop at Carrefour. You could die.” Inside another Carrefour in Rio de Janeiro, protesters shouted "Carrefour Killer!" as a black man lay still atop the conveyor belt of a checkout. They forced the store's closure.

In Sao Paulo, protesters smashed the front window of a Carrefour, scattered goods from shelves all over the store’s floor and set a fire that employees hurried to extinguish.

Carrefour released a statement lamenting Freitas' “brutal death,” and said it will end its contract with the security company, fire the store manager who was on duty and close the Porto Alegre store out of respect for the victim.

The men who beat Freitas have been detained and are being investigated for homicide due to the victim’s asphyxiation and his inability to defend himself, said Nadine Anflor, the civil police chief for the southern state of Rio Grande do Sul, where Porto Alegre is the capital. One of the men was a temporary military police officer who was off-duty, said Rodrigo Mohr, head of the state’s military police.

“Unfortunately, on this day in which we should be celebrating those public policies, we come across scenes that leaves us all indignant due to the excessive violence that caused the death of a Black citizen at the supermarket,” he said.

Black Consciousness Day is observed as a holiday in many parts of Brazil. In Rio on Friday, a group of people participated in a celebration with Afro-Brazilian dance and music in the working-class Santa Marta favela. Members of a samba school performed a ritualistic “washing” of the steps leading up into the hillside neighborhood.

Black and mixed-race people account for about 57% of Brazil's population but constitute 74% of victims of lethal violence, according to the Brazilian Forum on Public Safety, a nongovernmental organization. The percentage is even higher, 79%, for those killed by police.

Local online news site G1 reported that last night’s incident at the Carrefour in Porto Alegre followed a confrontation between Freitas and a supermarket employee, who then called security. Both guards were white, G1 reported.

After the death of George Floyd earlier this year in the U.S., Black Lives Matter protests drew hundreds of thousands to the streets around the world. They resonated in Brazil, too, where demonstrators turned out to demand justice for a 14-year-old boy killed by police in Rio de Janeiro.

Protesters in Brasilia also gathered Friday outside a governmental institution that promotes Black culture to denounce its chief, Sergio Camargo. Camargo, who is Black, has denied the existence of structural racism in Brazilian society and called the Black Lives Matter movement “lefty garbage.”

“Racism doesn’t exist in Brazil. That is something they want to import here,” Mourao said. "I lived in the United States. There is racism there."

The French supermarket chain has found itself in controversy before in Brazil.

In August, a man died within a Carrefour in northeastern city Recife; his body was covered by umbrellas and the supermarket continued operating for several hours. Carrefour apologized in a statement and said it was changing its protocols to close locations when deaths occur.

In 2018, a security guard at a Carrefour in Sao Paulo state beat a stray dog to death with a metal bar. The dog had been well known in the area, and Carrefour agreed to pay 1 million reais ($188,000) to a fund for the protection of animals.