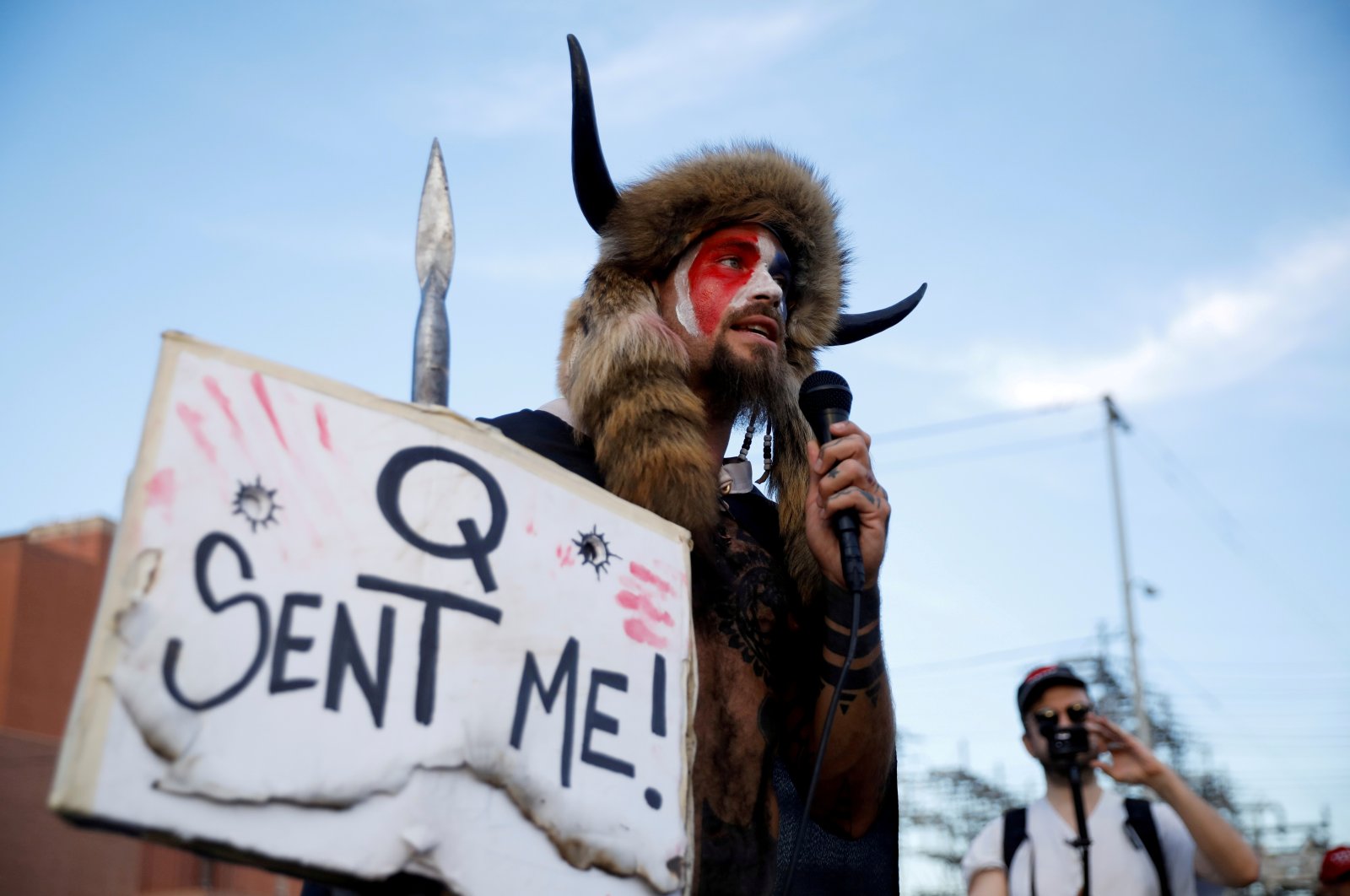 One of the more high-profile sheep in wolf's clothing to take part in the Jan. 6 assault on the U.S. Capitol will learn his ultimate fate later this year after pleading guilty on Friday.

The man nicknamed the "QAnon Shaman" pleaded guilty to obstructing an official proceeding when he took part in the U.S. Capitol assault by then-President Donald Trump's followers.

Jacob Chansley, of Phoenix, Arizona, was photographed inside the Capitol shirtless, wearing a horned headdress and heavily tattooed. He has been held without bond since his arrest shortly after the riot.

While in detention, Chansley underwent mental examinations and was diagnosed by prison officials with transient schizophrenia, bipolar disorder, depression and anxiety.

Nearly 600 people have been arrested over the attack on the Capitol, where Congress was meeting to certify Joe Biden's November victory over Trump. Earlier, Trump had given a fiery speech falsely claiming his defeat was the result of fraud.

While the charge carries both a maximum 20-year prison term and a fine of up to $250,000, prosecutor Kimberly Paschall indicated the maximum sentence the government was likely to request would be much shorter.

Chansley had been a supporter of the QAnon conspiracy theory that casts Trump as a savior figure and elite Democrats as a cabal of Satanist pedophiles and cannibals.

In an earlier news release, Albert Watkins, Chansley's lawyer, asserted that Chansley "has repudiated the ‘Q’ previously assigned to him and requests future references to him be devoid of use of the letter ‘Q’.”

On Friday, Watkins asked the judge to allow Chansley to be released from prison pending a sentencing hearing, scheduled for Nov. 17. The judge said he would consider this request.

Watkins noted that prosecutors had acknowledged Chansley was "not a planner or organizer" of the riot.