"Salute for America”: As much of US dials back July 4 celebrations, Trump goes big 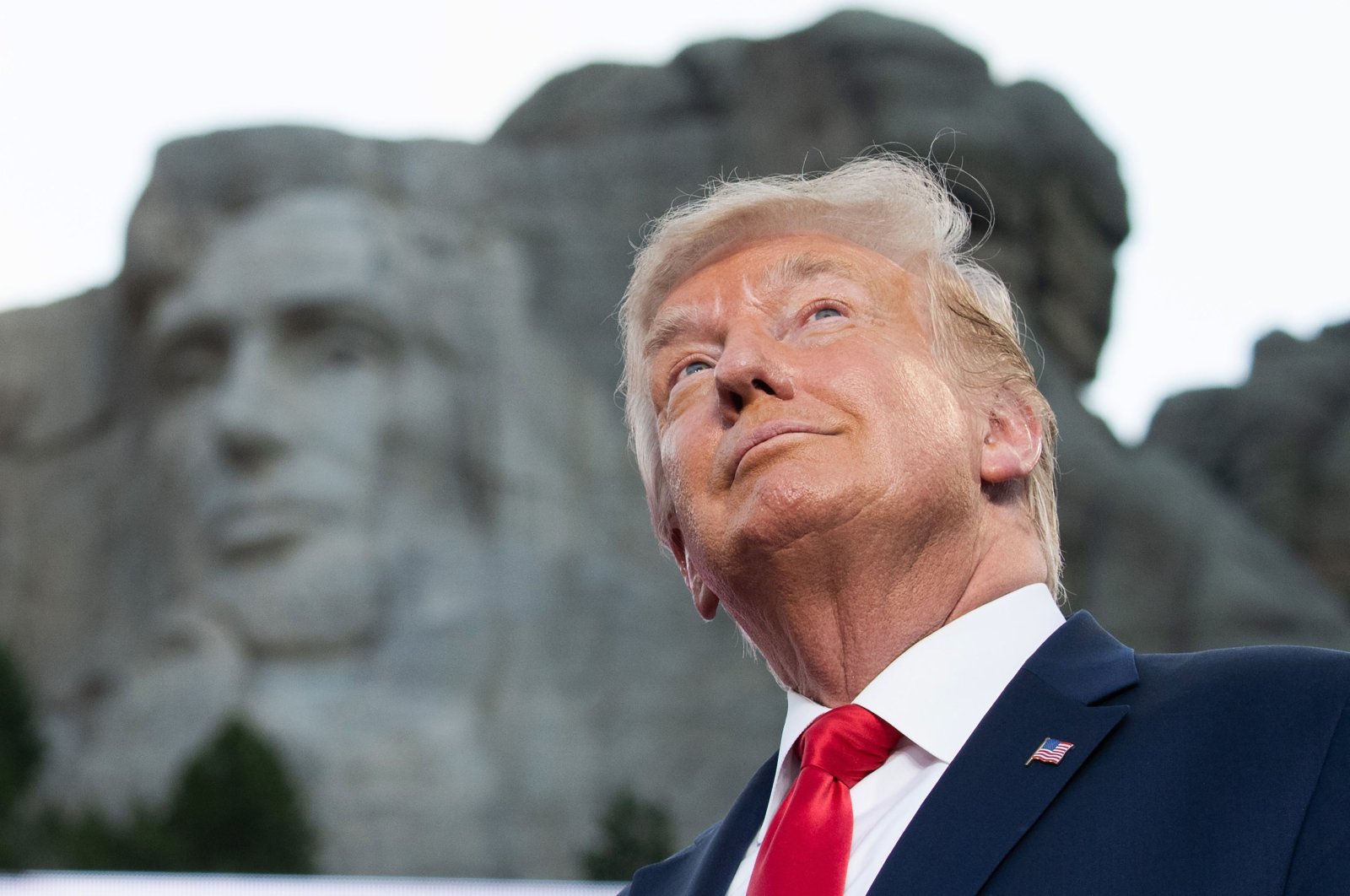 While public health officials are urging Americans to avoid large crowds and hold more muted Independence Day celebrations amid a spike of coronavirus cases, President Donald Trump is going big for what he is promising will be a "special evening” in the nation's capital.

Trump is set to hold his "Salute for America” celebration Saturday with a speech from the White House South Lawn that he says will celebrate American heritage, a military flyover over Washington, and an enormous fireworks display that is expected to draw thousands to the National Mall.

The celebration comes one day after Trump kicked off the holiday weekend by traveling to Mt. Rushmore for a fireworks display near the iconic mountain carvings George Washington, Thomas Jefferson, Abraham Lincoln and Theodore Roosevelt. The president delivered a fiery speech in which he accused protesters who have pushed for racial justice of engaging in a "merciless campaign to wipe out our history.”

Trump is taking part in the big gatherings even as many communities have decided to scrap fireworks, parades and other holiday traditions to try to prevent further spread of the virus that they fear could be spurred by large holiday gatherings.

Still, Trump insisted on moving forward on holding big gatherings – including the Mt. Rushmore event for which South Dakota Gov. Kristi Noem, a Trump ally, insisted social distancing wasn’t necessary and masks were optional. Trump spent little time in his Mt. Rushmore address reflecting on the pandemic, which has killed more than 129,000 Americans.

Centers for Disease Control and Prevention cautioned that mass gatherings like the one scheduled for Washington present a high risk for the spread of the virus.

Trump’s Surgeon General Jerome Adams, who has stepped up his call for Americans to wear a mask in public, on Friday punted when asked during an interview whether he would caution a loved one from attending such large gatherings.

"It’s not a yes or no,” Adams told NBC’s "Today Show.” "Every single person has to make up their own mind. There are people going to beaches, going to barbeques, going to different environments and they are going to have to look at their individual risk.”

Trump has been aching to see the nation return to normalcy and has been willing to push the envelope further than many state and big-city mayors are willing to go.

Last month, he held his first campaign rally since early March in Tulsa, Okla. Trump is accustomed to jam-packed crowds, but the BOK Center was only about a third full for the president's first rally of the coronavirus era. Days later, he addressed a packed megachurch for a Students for Trump event in Arizona. Few attendees at either event wore masks.

Interior officials said they would hand out 300,000 face coverings to spectators who gather on the National Mall. Interior Department Secretary David Bernhardt said visitors would be encouraged to wear masks and keep a six-foot distance from one another. There was no indication that would be mandatory, despite the recommendations of health officials.

Washington Mayor Muriel Bowser, who said she didn't have the right to shut down the holiday spectacle because it’s on federal land, warned the federal government about the obvious dangers of such a large crowd. On Friday, she urged the city’s residents to be smart about how they spend the holiday.

"Just because someone invites you to a party doesn’t mean you have to go,” Bowser tweeted Friday.

Elsewhere, governors and local officials pleaded with residents to take precautions as they celebrate the holiday.

In California, which has seen a surge of cases in recent weeks, Gov. Gavin Newsom asked residents not to gather with people they don’t live with and to avoid crowds. Fireworks shows in Los Angeles, San Francisco, San Diego and elsewhere in the state were canceled to keep big crowds from forming

Illinois Gov. J.B. Pritzker urged businesses and residents to comply with public health measures over the July 4 holiday weekend, warning that precautions were essential to continue to slow the spread of COVID-19.

Pritzker warned he won’t hesitate to close down businesses that don’t abide by capacity requirements, and he encouraged people to avoid large crowds and wear face coverings.

"Letting our guard down now would fly in the face of the progress we’ve made over many months,” Pritzker said.

Some Americans are hoping to make do with their own firework shows.

At Casey’s Fireworks Friday in Columbia, South Carolina, mostly masked shoppers wove through aisles, selecting their own explosives after some annual July Fourth shows were canceled due to COVID-19.

Health officials there have seen a spike in cases that have the state trailing only Arizona and Florida in the 14-day average of newly diagnosed COVID-19 cases adjusted for population.

The fireworks shop, like many around the country, has been an unexpected beneficiary as more Americans have decided to put on their own shows. The spike in sales started around Memorial Day.

"This whole COVID thing has been really bad all around,” said Forest Casey, a fourth-generation fireworks salesman at the family-owned shop. "But for whatever reason, it makes people really want to buy fireworks.”

South Carolina has some of the most liberal fireworks laws in the nation. Stands across the state sell pyrotechnic bricks that launch a dozen or more shells with explosions that rival a small town’s annual show.

Some said they are trying to make the best of the situation. Jamie Parrott, a local pediatric neurologist, said he intends to stay at home with his grandchildren, setting off fireworks safely and eating hamburgers.