Scope of emergency grows in Brazil as floods spread in Bahia 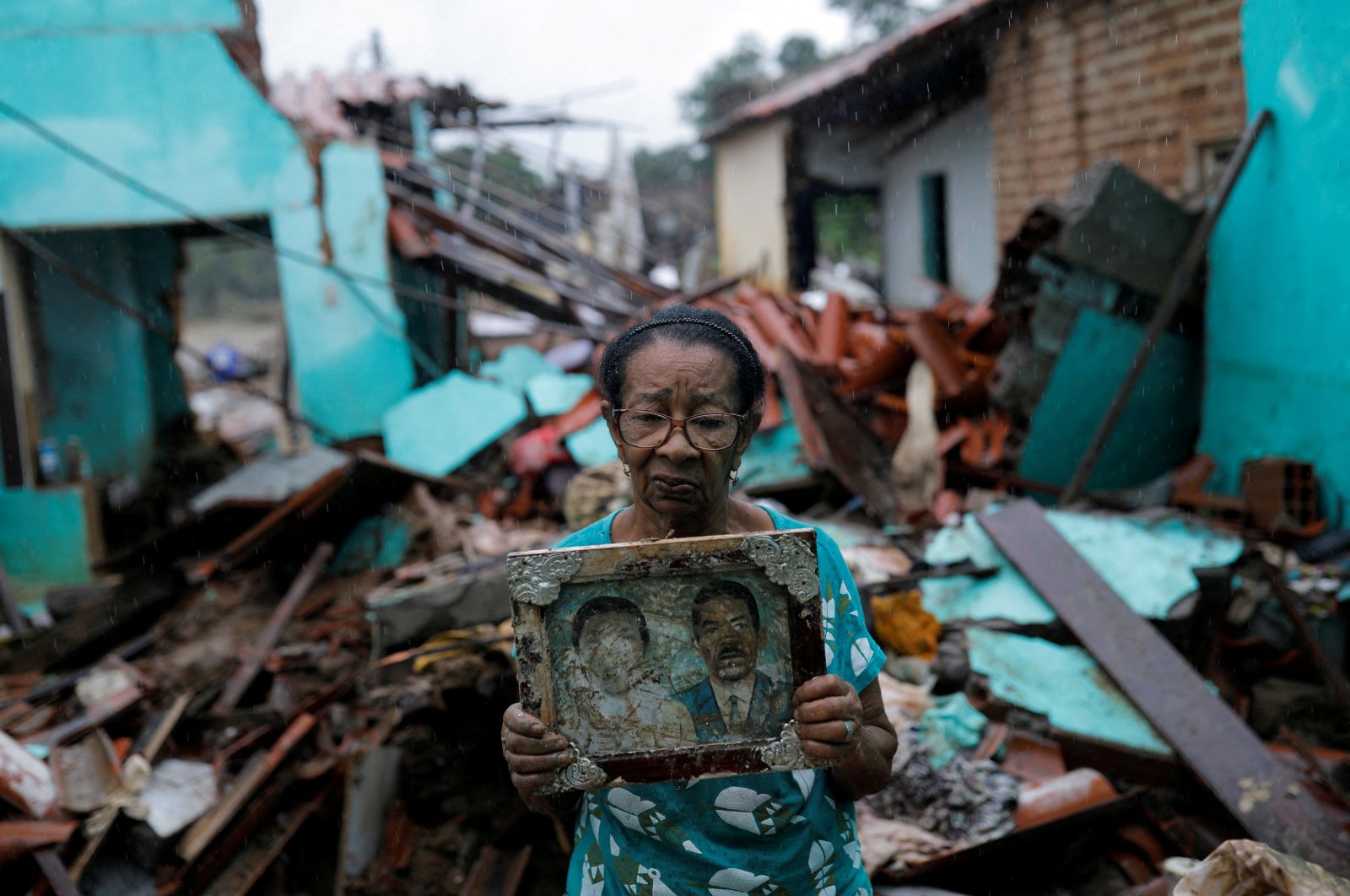 Vitoria Rocha, 81, poses with a picture of her parents that she salvaged from the rubble of her home of almost 40 years after it was destroyed by floods, Itambe, Bahia, Brazil, Dec. 28, 2021. (Reuters File Photo)
by ASSOCIATED PRESS Dec 28, 2021 11:37 pm
RECOMMENDED

A total of 116 cities in the northeastern Brazilian state of Bahia were in a state of emergency on Tuesday as incessant, uncharacteristically heavy rainfall continued to flood the region.

Cities in at least five other states in Brazil's north and southeast have also been flooded in recent days.

The flooding in Bahia has affected more than 400,000 people. In at least 50 cities, water surged into homes and businesses, and people were forced to abandon their belongings. Official data from the state government shows 31,500 people have been left homeless and an additional 31,000 were displaced. There have been a total of 20 deaths and 358 people injured since the beginning of the month.

This is the heaviest period of rainfall for Bahia in the last 32 years, according to the website of the National Center for Monitoring and Alerts of Natural Disasters, a government agency. In southern Bahia, it rained more than five times the normal amount for this time of the year.

In an interview with local radio stations on Tuesday morning, Bahia’s Governor Rui Costa compared the situation to a “bombardment.” He also said that coronavirus vaccines were lost in the floods of some cities.

“Some municipal health offices and medicine depots were completely under water," he said.

On Tuesday, the population of at least four municipalities in Bahia received warnings to leave their homes because of the increased flow of the Pardo River due to the opening of the Machado Mineiro dam's sluice gates in neighboring Minas Gerais state, according to the state government’s advisory office.

“Our first response is to help, then to shelter, to care for the population in the shelters by giving humanitarian aid, with sheets, blankets, food,” he said.

He added that at least five dams in Bahia are at risk of bursting. Bridges and federal and state roads in the state were destroyed and have been provisionally rebuilt to allow food and other items to be brought to people in need.

“We still don’t have a complete list of all the damage caused, the amount of structures that will need to be replaced," Gov. Costa said. "It isn’t possible to stipulate a timeframe for recovery, because we don’t have that dimension. We’re guaranteeing accessibility, the detour, the temporary structure so that people can come and go.”

The above-average rainfall is due to the La Nina atmospheric phenomenon, which increases precipitation in some areas of Brazil, including Bahia, the government’s science ministry said in a statement last week.

The federal government has authorized emergency spending totaling 80 million reais ($14.2 million) for Bahia alone. Additional funds will be directed to other regions also affected by the rains in recent weeks, and which are still suffering the consequences.

In Tocantins state, which is adjacent to Bahia in Brazil's northern region, 22 municipalities were affected by the rains by early Tuesday afternoon. The executive director of the state's civil defense authority, Maj, Alex Matos, told the AP this number is expected to grow in the coming hours.

"We’re predicting an increase in the volume of the Araguaia River, which will fill the Tocantins River even more,” he said.