'See you in Court!': Trump says to Nevada Democrats over mail-in ballots 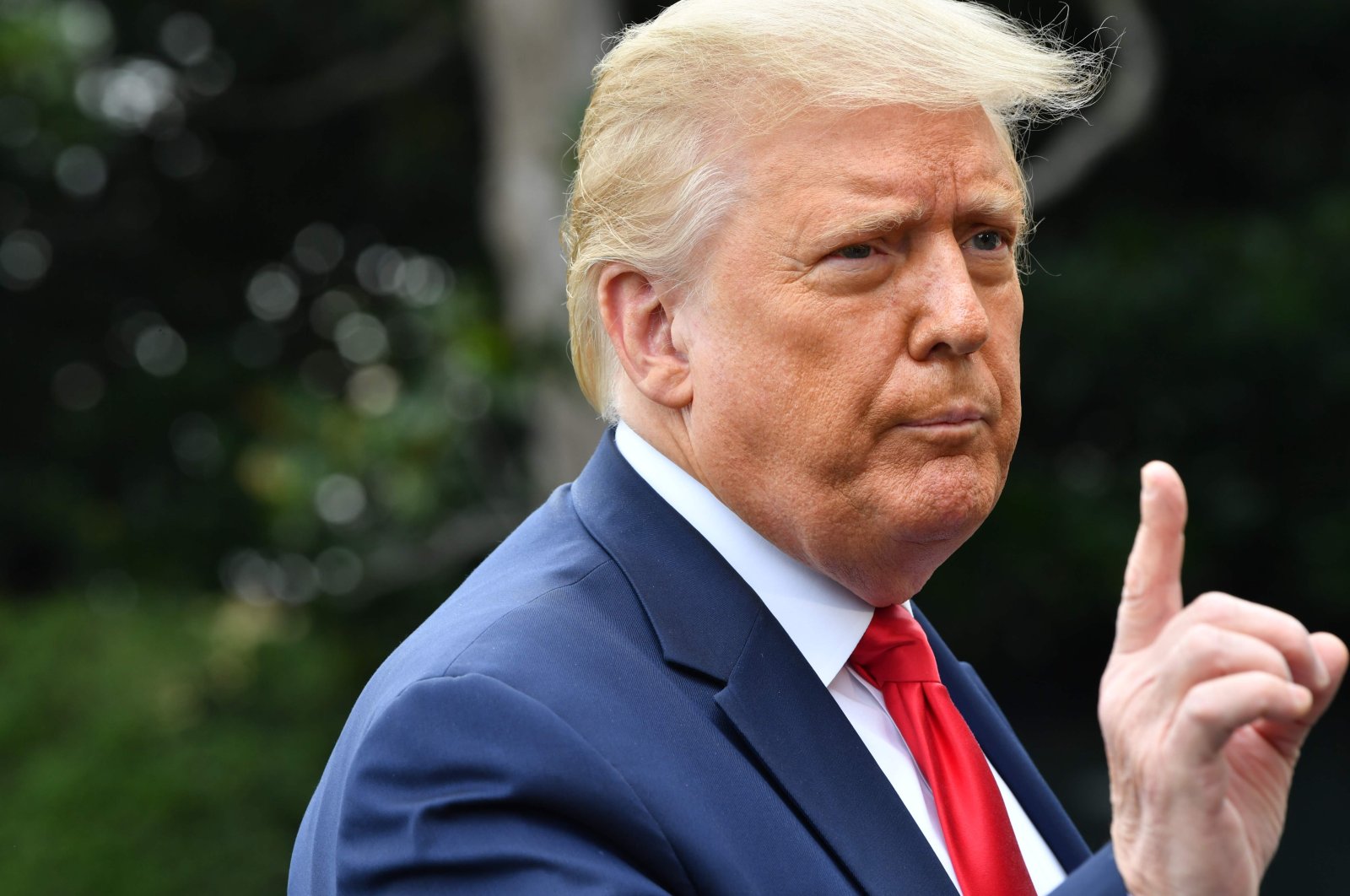 "In an illegal late night coup, Nevada’s clubhouse Governor made it impossible for Republicans to win the state. Post Office could never handle the Traffic of Mail-In Votes without preparation. Using Covid to steal the state. See you in Court!" Trump wrote on Twitter.

State lawmakers passed a bill Sunday that would add Nevada to a growing list of states that will mail all active voters ballots ahead of the November election amid the coronavirus pandemic.

The bill now heads to Gov. Steve Sisolak. If he signs it as expected, Nevada will join seven states that plan on automatically sending voters mail ballots, including California and Vermont, which moved earlier this summer to adopt automatic mail ballot policies.

Proposals to expand the use of mail ballots have sparked pushback from Republicans, including Trump, who in tweets, has claimed it would lead to fraud and compromise the integrity of the election, including in Nevada. The consensus among experts is that all forms of voter fraud are rare.

"...Dems want to use the pandemic to destroy election integrity. Help us fight back and http://ProtectTheVote.com!" Republican National Committee Chairwoman Ronna McDaniel tweeted on Sunday, a message reposted by Trump on Monday.

Secretary of State Barbara Cegavske told lawmakers Friday that she wasn’t aware of any fraud in the June primary, during which Nevada mailed all active voters absentee ballots and only opened a limited number of polling places to prevent the spread of the coronavirus.

Limited polling places in Reno and Las Vegas resulted in lines of up to eight hours.

The U.S. Center for Disease Control has issued election guidance to provide a wide variety of voting options and limit crowds at polling places.

Christine Saunders of the Progressive Leadership Alliance of Nevada said the long waits in the June primary demonstrated why Nevada needs both mail and in-person voting options.

In states such as Colorado and Oregon, which have mailed all voters ballots for years, the procedure is cheaper than holding an in-person election. But Cegavske said the equipment, education, printing and postage would cost the Secretary of State’s office an additional $3 million, not including costs to counties, which distribute and tabulate ballots.

Nevada spent more than $4 million in federal relief dollars in the June primary, most of which it funneled to counties. More than $1 million went toward leasing counting and sorting machines to accommodate a greater number of absentee ballots.

Cegavske, the state’s top election official and only Republican to hold statewide office, opposed the revised procedures. She blasted the Democratic-controlled Legislature for excluding her from discussions and said she saw a draft of the bill only a day before the vote in the state Assembly.

“We were not involved in this bill’s writing at all ... I wish somebody would have asked us about it because we could have told you what we had planned,” she said Friday.

To bypass Cegavske and enact the changes, the bill gives the governor the power to command the secretary of state to adjust election procedures during a declared state of emergency. It passed on a party-line vote through both the state Senate and Assembly, with Democrats in favor and Republicans opposed. Republicans were particularly distressed with provisions of the bill that expand who is allowed to collect and hand in ballots. They warned it would enable a practice detractors call “ballot harvesting,” in which volunteers working for political groups collect and turn in large quantities of ballots to tip the scales in elections.

“It’s a safeguard that our state I believe we need ... I feel that taking it out – and it is in this bill – would be devastating, not only to us, but to our state,” Cegavske said.

Democrats argued allowing people other than family members to return ballots would help groups like members of Nevada’s 32 tribes, who have historically faced difficulty voting and live far from polling places and seniors – who may need assistance with voting and fear venturing to the polls.

In the June 2020 election, all voters were mailed ballots and 1.6% voted in-person on Election Day, a tiny share compared with the 34.2% that voted in-person in the November 2018 election.