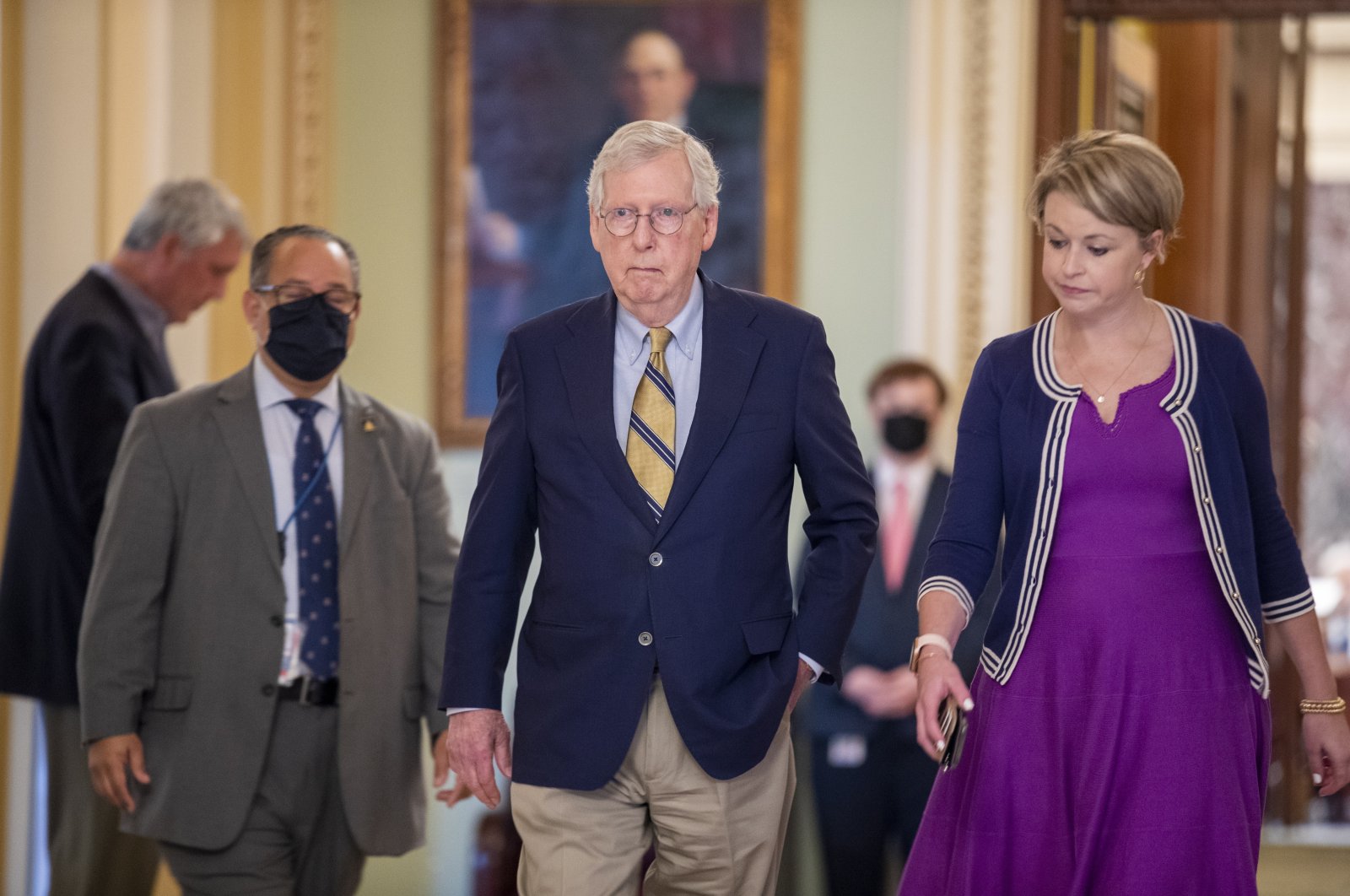 Senate Minority Leader Mitch McConnell walks to his office following a procedural vote to stall the Jan. 6 commission in the U.S. Capitol, Washington, D.C., May 28, 2021. (EPA Photo)
by Anadolu Agency May 28, 2021 8:58 pm
RECOMMENDED

The 54-35 procedural vote fell six votes short of the 60-vote threshold to advance the bill in the chamber after it cleared the House of Representatives earlier in May. Republicans Bill Cassidy, Susan Collins, Lisa Murkowski, Rob Portman, Mitt Romney and Ben Sasse joined the Democrats in voting for the bill.

In all, 10 Republicans and one Democrat did not vote.

Trump, who called the insurrectionists "great patriots" during the insurrection, warned his fellow Republicans that the panel was a "Democrat trap." Friday's vote signals his continuing hold over the party even after he lost November's national election by over 7 million votes.

It "is now the defining principle of what was once the party of Lincoln," he added on Twitter.

The top Democrat was referring to Trump's repeated unsubstantiated claims that he lost the election due to widespread voter fraud, a suggestion Republican election officials in key battleground states and his former attorney general said lacks evidence.

The claims motivated Trump's supporters to overrun the Capitol Jan. 6 when lawmakers were convening to carry out a constitutionally-mandated step ahead of US President Joe Biden's inauguration.

The U.S. House of Representatives recently approved $1.9 billion to fortify the Capitol.

Angry supporters of the former U.S. president stormed the U.S. Capitol Jan. 6 in a chaotic protest aimed at thwarting a peaceful transfer of power, forcing lawmakers to be rushed from the building and interrupting challenges to Joe Biden’s Electoral College victory.