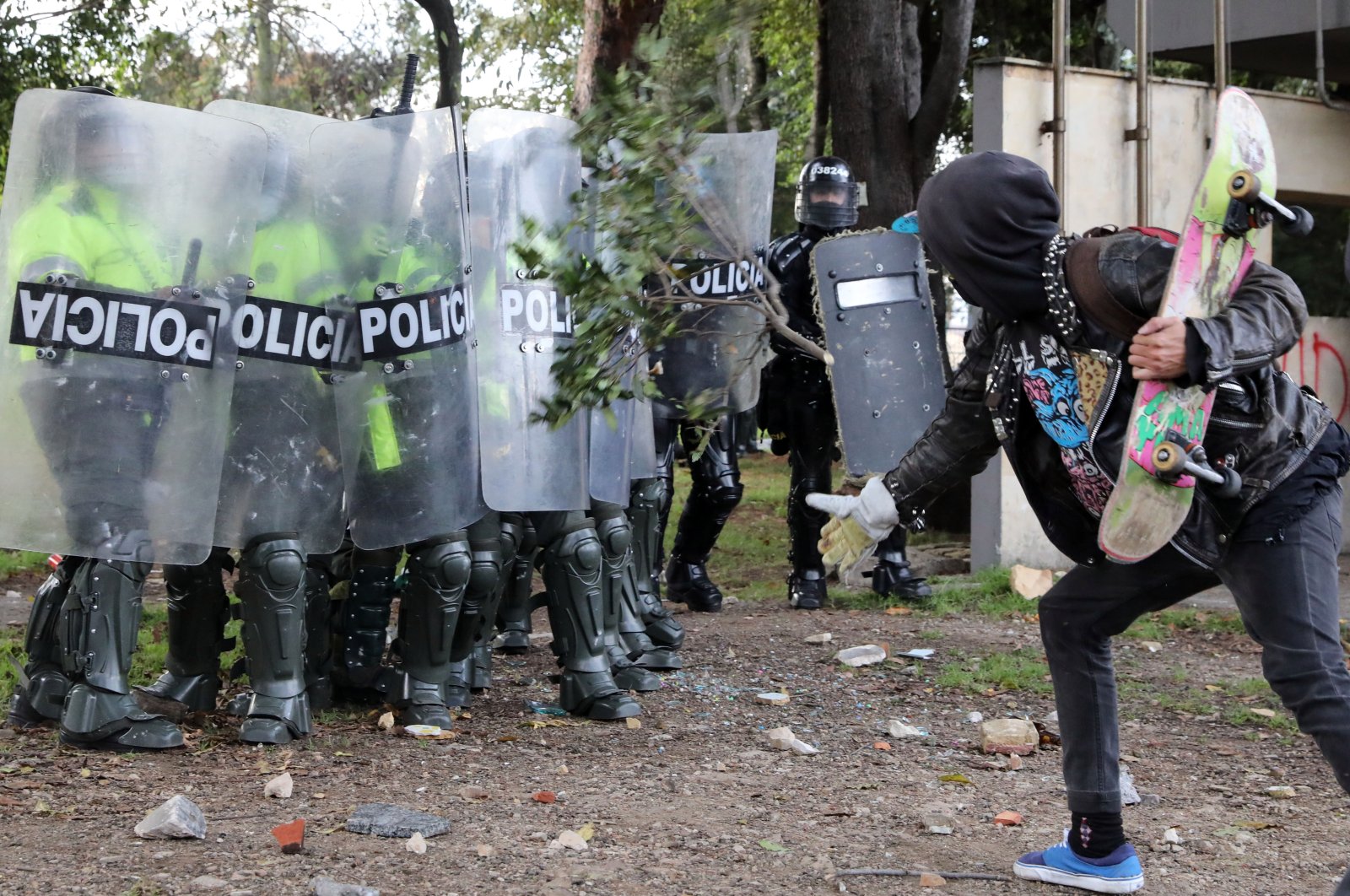 Demonstrators clash with the police during a protest organized in reaction to the killing of lawyer Javier Ordonez, Bogota, Colombia, Sept. 9, 2020. (EPA Photo)
by French Press Agency - AFP Sep 11, 2020 12:25 am
RECOMMENDED

Haiti's struggle worsens in year since slaying of President Moise

Seven people were killed and hundreds wounded after rioting broke out in the Colombian capital Bogota during protests over the death of a man repeatedly tasered by police, authorities said Thursday.

Demonstrators took to the streets of the Colombian capital Wednesday after video emerged of Javier Ordonez pleading with uniformed officers, who shocked him with the weapon at least five times as he lay on the ground.

At least three of the victims died of gunshot wounds, including a 17-year-old, police told a news conference.

"We are facing a massive act of violence," Defense Minister Carlos Holmes Trujillo said after several police stations were attacked and destroyed.

The minister said he would bolster law enforcement in the city of more than 7 million by sending in hundreds of soldiers and military police officers.

Violent protests spread to the cities of Medellin and Cali.

Bogota mayor Claudia Lopez said on Twitter 326 people had been wounded in clashes between riot police and protesters, including 114 uniformed police.

Some 58 of those wounded had suffered gunshot wounds, Lopez said.

"There is solid evidence of the indiscriminate use of firearms by the police," the mayor said.

"What kind of training do they receive to have that absolutely disproportionate response to a protest?"

Ordonez, a 46-year-old lawyer and father of two, is heard repeatedly crying "please, no more" in the widely circulated footage of his arrest, taken by a friend.

He was taken to a police station and transferred to a local medical facility but died soon afterward.

His family claim Ordonez was further assaulted after he was taken to the police station.

Right-wing President Ivan Duque promised an investigation would be carried out "with total rigor in order to have absolute certainty about the facts."

However, he said he would refuse to "stigmatize" the police "and call them murderers" because of the actions of a few officers.

Haiti's struggle worsens in year since slaying of President Moise