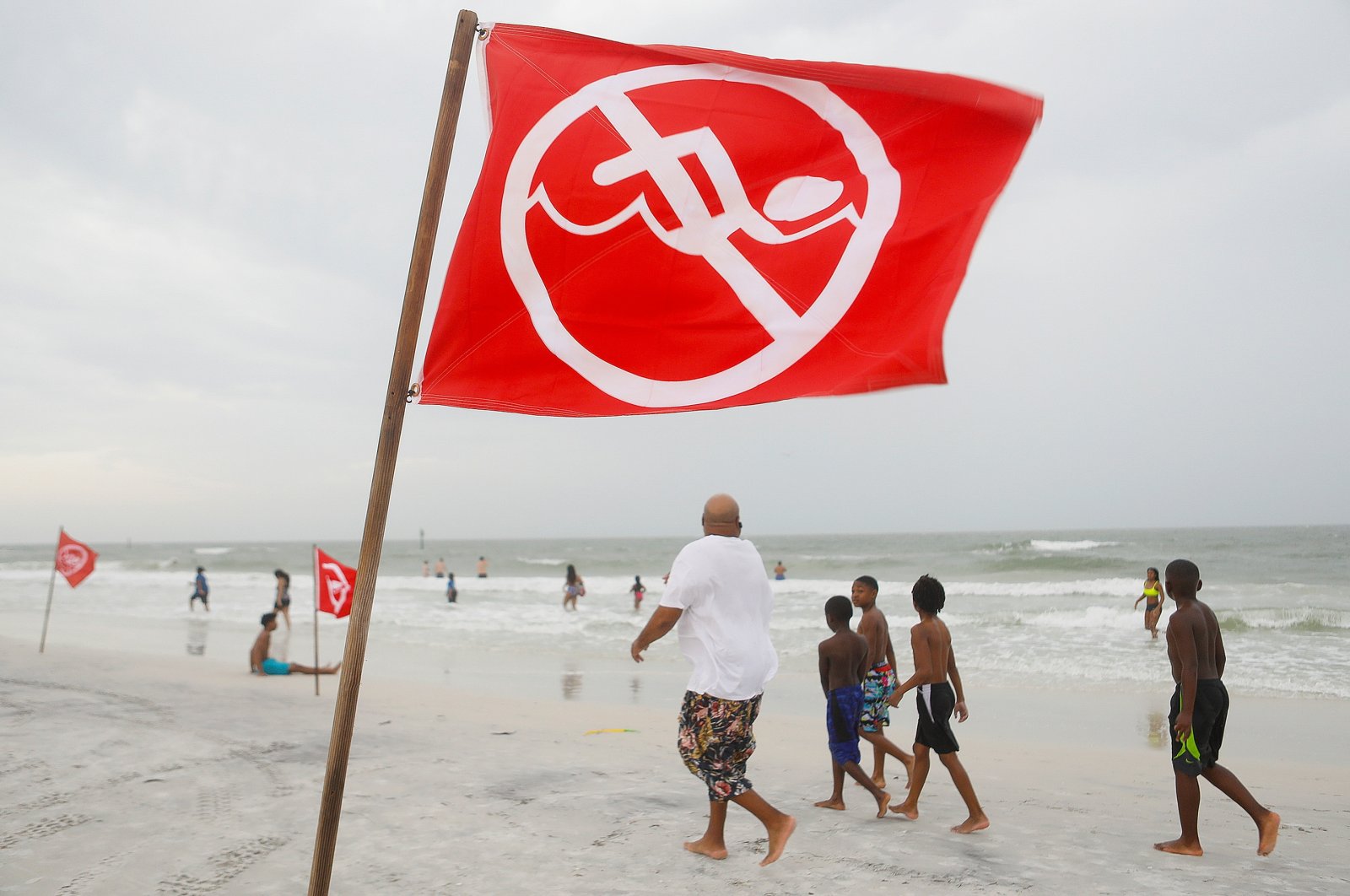 Violent weather tormented Southern states Saturday as a cluster of storms destroyed buildings in the Florida Panhandle and dropped large hail on a coastal Alabama city.

In Panama City Beach, Florida, a home and convenience store were leveled by a possible tornado, city officials said in a Facebook post. A resident's photo posted by The Panama City News Herald shows the store's roof and walls ripped away, but its counters, shelves and the merchandise they held appear untouched. There were no immediate reports of injuries.

The town is in Bay County, which was heavily damaged by Hurricane Michael in 2018.

"Many people were saying, ‘Hey, we know what to do. Sadly, we’ve been through it before and they pulled together as a community,” Panama City Mayor Mark Sheldon told the News Herald. "We were seeing neighbors come out and helping other neighbors and that’s what Panama City Beach is all about.”

In Pensacola, Florida, the roof of a downtown brewery was ripped off by the storm, local news reports show. The National Weather Service has not confirmed if that was caused by a tornado but reported winds of up to 60 miles per hour (95 kilometers per minute). The Pensacola News Journal reports that about 5 inches (13 centimeters) of rain fell.

"We are still learning about what exactly the damage is and what is going on,” Veronique Zayas, co-owner of Emerald Republic Brewing, told the paper. "But we know that the roof is a total loss. There is water damage throughout, and a lot of equipment has been damaged.”

She said it was fortunate no one was hurt.

"The brewers are normally here at 5 or 6 in the morning to start their brewing,” she said. "Luckily, no one was here.”

Images shared by news outlets showed car windshields shattered by hail about as large as baseballs in Orange Beach, Alabama.