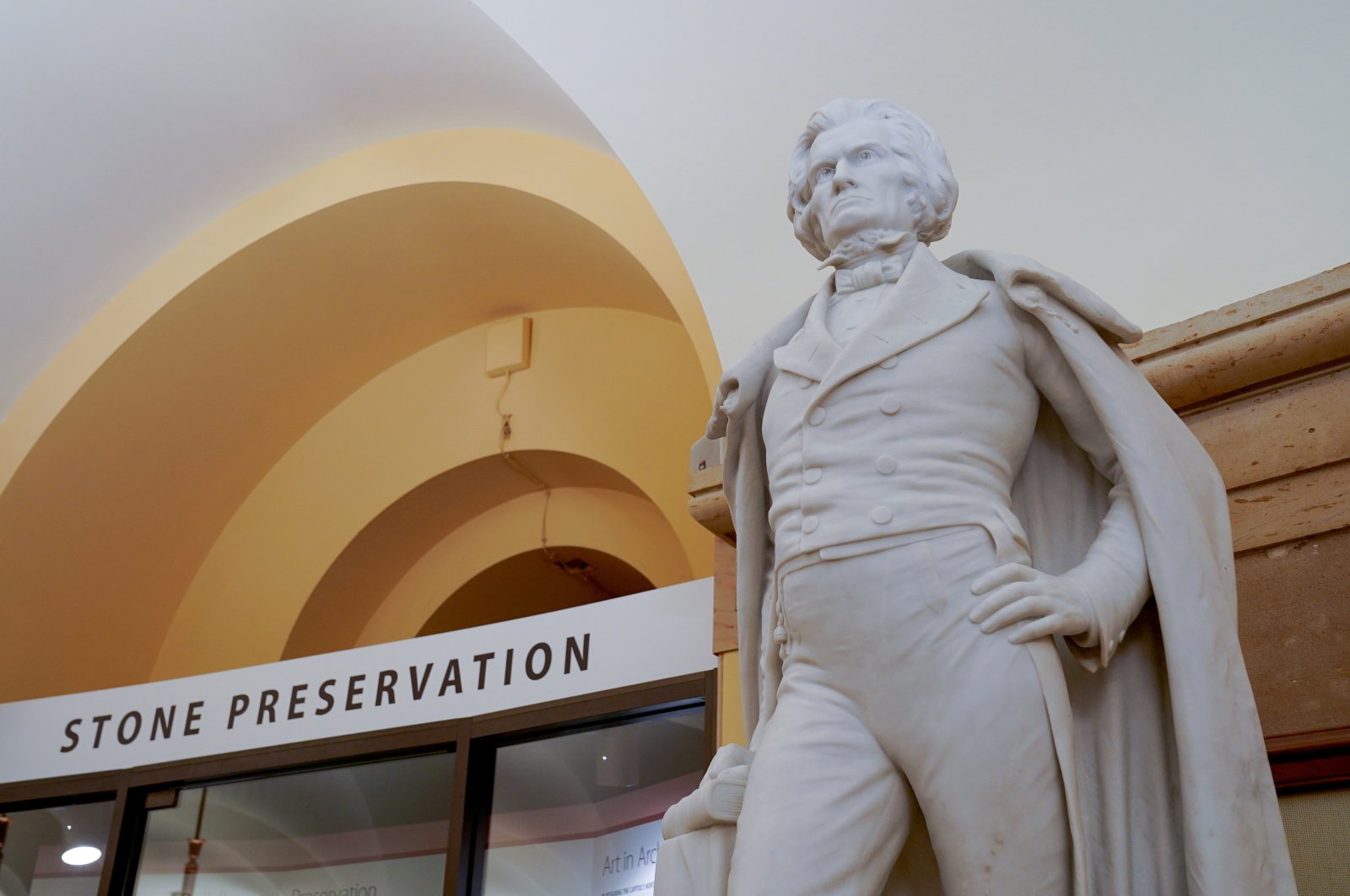 Republican U.S. Senator Tom Cotton described slavery as "a necessary evil" in a published attack on a New York Times initiative to make slavery the focal point of American history for U.S. schools.

"As the Founding Fathers said, it was the necessary evil upon which the union was built, but the union was built in a way, as Lincoln said, to put slavery on the course to its ultimate extinction," Cotton said in an interview with the Arkansas Democrat-Gazette published Sunday.

Cotton, seen as a possible 2024 presidential candidate, made the remark while describing legislation he intends to introduce on Thursday that would withhold federal tax money from an elementary and secondary school curriculum, promoted by the New York Times 1619 Project.

The 1619 Project, launched last year to coincide with the 400th anniversary of the arrival of African slaves on America's shores, would place the consequences of slavery and the contributions of African-Americans at the center of the U.S. history.

"We have to study the history of slavery and its role and impact on the development of our country because otherwise, we can't understand our country," Cotton told the Democrat-Gazette.

But he contended the 1619 project describes America as "at root, a systematically racist country to the core and irredeemable. I reject that root and branch."

The Arkansas Republican later dismissed news coverage that he had described slavery as a necessary evil.

"This is the definition of fake news," Cotton wrote on Twitter. "I said that *the Founders viewed slavery as a necessary evil*."

Nikole Hannah-Jones, a Pulitzer Prize-winning journalist who launched the 1619 Project, disputed Cotton's claim with her own tweet: "You said, quote: 'As the Founding Fathers said, it was the necessary evil upon which the union was built.' That 'as' denotes agreement."

The New York Times came under criticism earlier this year for publishing a column by Cotton urging the federal government to use the military to put down street protests over police violence and racial injustice that led to the opinion editor's resignation.