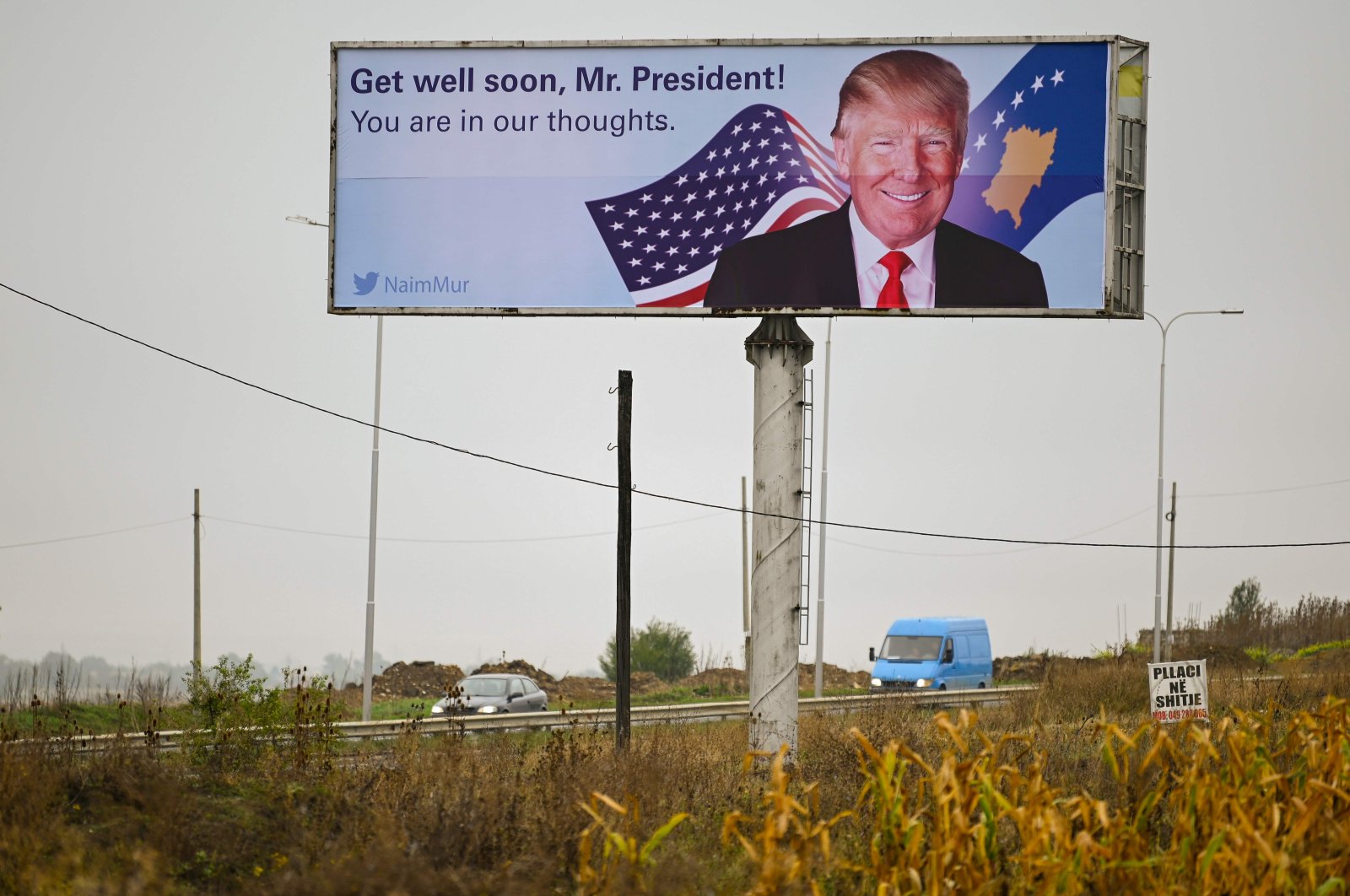 U.S. President Donald Trump, under coronavirus quarantine in the White House and restricted from traveling, is grasping for ways to put a spark back in his struggling reelection bid and mount a big comeback with four weeks left until Election Day. Trump, who is still contagious, has been looking for options on how to get his message out and cut into Democrat Joe Biden's lead in battleground states where the Nov. 3 election will be decided, advisers said.

But complications abound. Trump aides say he is impatient to get back on the campaign trail and insistent on debating Democrat Joe Biden on Oct. 15 in Miami, but Biden said on Tuesday he will not participate if Trump is not virus-free. Any political boost Trump could get from a fresh injection of stimulus money into Americans' pockets appears to be out of reach after he abruptly ended negotiations with Democrats on Tuesday with both sides far apart on how much money to devote to a deal.

Both Biden and the top Democrat in the U.S. Congress, House Speaker Nancy Pelosi, accused Trump of abandoning needy Americans. Republican Sen. Susan Collins, facing a tough reelection bid in her home state of Maine, called Trump's move a "huge mistake." "The president turned his back on you," Biden said in a Twitter post.

With layoffs in key industries mounting by the day and threatening the fragile recovery, Trump late on Tuesday urged Congress to quickly pass $25 billion in funding for passenger airlines, $135 billion for small businesses and provide $1,200 stimulus checks for Americans. "I am ready to sign right now," Trump tweeted.

Trump's drive to get Judge Amy Coney Barrett confirmed by the Republican-controlled Senate before the Nov. 3 election also may be in doubt, since three Republican senators have been infected with the virus and may not be able to vote.

A wave of infections at the White House among Trump's top lieutenants and press office aides has left the West Wing struggling to find its footing. The latest infection came on Tuesday when immigration hawk and chief speechwriter Stephen Miller put out word he had tested positive. ABC News said its count of cases related to the White House was 23, including Trump and first lady Melania Trump as of Wednesday.

Trump has attempted to use his coronavirus infection to his political advantage, making a dramatic prime-time exit from Walter Reed Army Medical Center on Monday and whipping off his face mask before the cameras upon his return to the White House. He depicted himself as a man who vanquished the disease and emerged stronger. "Don’t be afraid of COVID-19. Don’t let it dominate your life," he said in a widely criticized tweet Monday.

But Trump's handling of the virus since it first began infecting people early this year has been met with deep skepticism from Americans who have told pollsters he played down the calamity, never did enough to defeat it and has failed to express empathy for the more than 210,000 who have died.

Advisers say Trump wanted to be talking about other issues instead of the virus by this stage of the campaign, to put pressure on Biden. But his own illness, along with that of White House aides as the virus has made its way through one of the most secure buildings in the world, has forced the pandemic back onto center stage.

Trump's absence on the campaign trail has also been costly for him. He had been expected to go on a swing this week through Western states to raise millions of dollars for a campaign facing a deficit to Biden's well-funded effort. One adviser noted that almost exactly four years ago in 2016, Trump's campaign was knocked off the rails by the release of an "Access Hollywood" tape in which he boasted about groping women. He went on to beat the odds and win the election. "He's the real comeback kid and if anybody can come back from something it’s him," the adviser said. But with national polls showing him down double digits and Biden with sizable leads in many swing states, Trump appears to have his work cut out for him.