Talks between US, China 'tough and direct': senior official 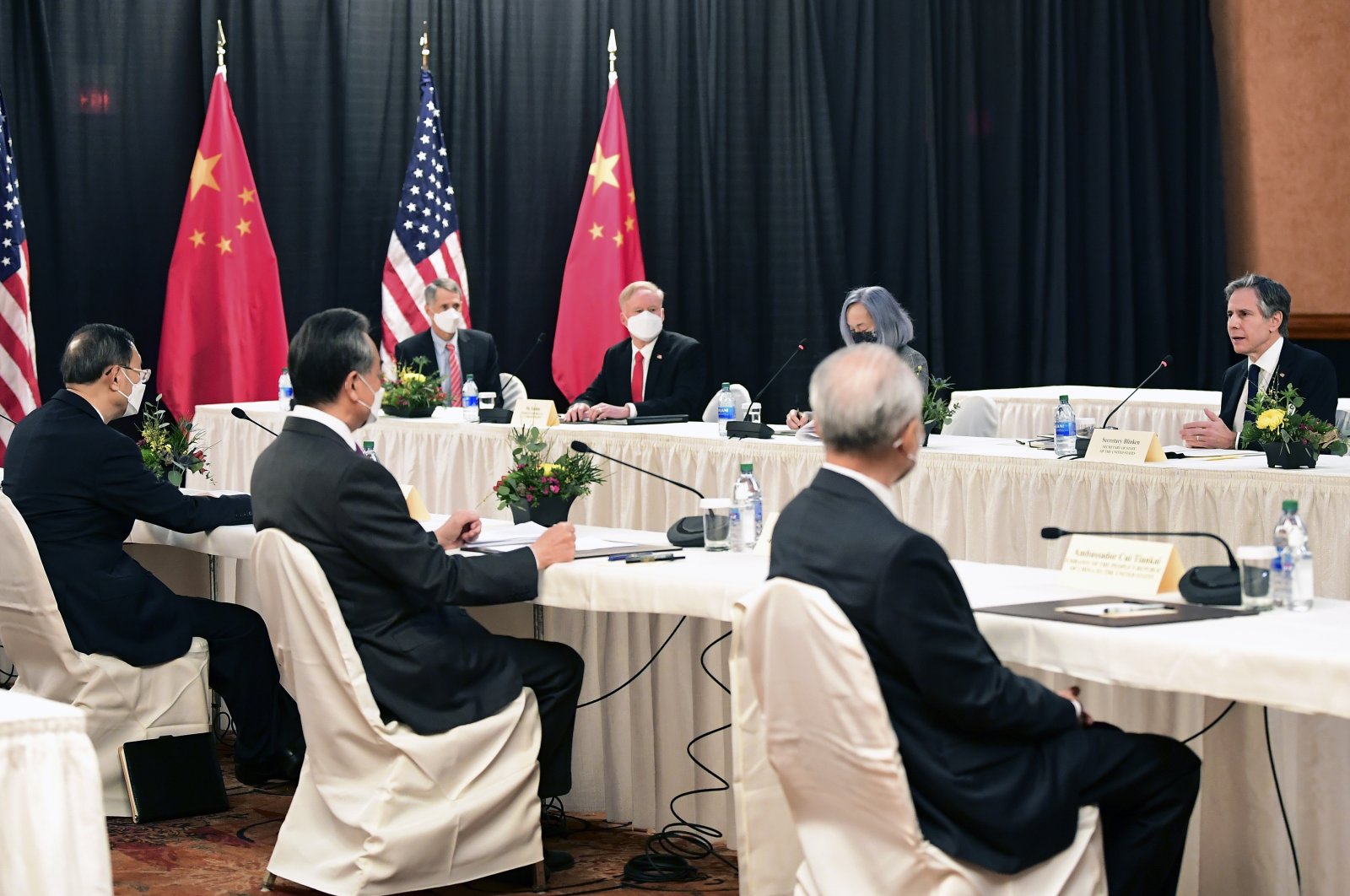 The talks between the United States and China were "tough and direct" but found some areas where the rival superpowers' interests coincide, U.S. diplomats said Friday after their meetings ended.

"We expected to have tough and direct talks on a wide range of issues, and that's exactly what he had," said White House National Security Advisor Jake Sullivan.

The run-up to the talks in Anchorage, which followed visits by U.S. officials to allies Japan and South Korea, was marked by a flurry of moves by Washington that showed it was taking a tough stance, as well as by blunt talk from Beijing warning the United States to discard illusions that it would compromise. The high-tension talks marked the first-ever official dialogue between U.S. and China in Biden's presidency.

State Department spokeswoman Jalina Porter told a briefing in Washington after Friday's session began that discussions had been serious and that the U.S. side would not allow an "exaggerated" diplomatic presentation from China to upset their goals for the meeting.

"We're not letting the theatrics from the other side stop us from doing what we're intending to do in Alaska, which is laid out our principles, as well as our expectations, and have these tough conversations early that we need to have with the PRC," she said, referring to China.

After pointed opening remarks on Thursday from U.S. Secretary of State Antony Blinken about China's challenge to a rules-based international order, China's top diplomat Jiechi lashed out with a speech criticizing U.S. democracy, and foreign and trade policies.

The United States accused China of "grandstanding" for its domestic audience, and both sides suggested the other had broken diplomatic protocol.

The rebukes played out in front of cameras, but a senior U.S. administration official told reporters that as soon as media had left the room, the two sides "immediately got down to business" and held substantive and direct talks.

Blinken and Yang, joined by White House national security adviser Jake Sullivan and Chinese State Councilor Wang Yi, have a final session that began in Anchorage at around 9 a.m. (1700 GMT).

While much of President Joe Biden's China policy is still being formulated, including how to handle the tariffs on Chinese goods implemented by his predecessor Donald Trump, his administration has so far placed a stronger emphasis on democratic values and allegations of human rights abuses by China.

"I am very proud of the secretary of state," Biden told reporters at the White House on Friday morning when asked about the previous day's meeting.

In recent weeks, top Republicans have given a nod to efforts by Biden, a Democrat, to revitalize relations with U.S. allies in order to confront China, a shift from Trump's go-it-alone 'America First' strategy.

Biden has partially staked his approach on China to rebuilding American domestic competitiveness, and several top Republicans, whose cooperation will be crucial to the success of those plans, backed his administration in the face of the heated exchanges from the first day of talks.

"I have many policy disagreements with the Biden Administration, but every single American should unite against Beijing's tyrants," Republican Senator Ben Sasse said in a statement.

While Biden's two-month old administration is still conducting China policy reviews, Yang and Wang by contrast are veteran diplomats with decades of combined experience handling U.S.-China relations at the highest levels of the Chinese government. They are also fresh off of dealing with the Trump administration and its unorthodox approach to U.S. foreign policy.

China's social media carried comments saying Chinese officials were doing a good job in Alaska, and that the U.S. side lacked sincerity.

"My sense is that the administration is testing the question of whether it is possible to get real results from these dialogues," Zack Cooper, who researches China at the American Enterprise Institute in Washington, said of the U.S. side.

Dean Cheng at the conservative Heritage Foundation said China's global influence had grown to the point where it felt it could openly deride the U.S. system.

"That is a vision from the Chinese perspective of, 'you need me, I don't need you," Cheng said.

China on Friday put a Canadian citizen on trial on spying charges, and potentially plans to hold the trial of another Canadian on Monday, cases embroiled in a wider diplomatic spat between Washington and Beijing.

Porter at the State Department reiterated the U.S. calls for China to release the two men, Michael Spavor and Michael Kovrig, from "arbitrary and unacceptable" detention.

The Chinese military also banned Tesla cars from entering its housing complexes, citing security concerns over the cameras installed on the vehicles, according to two people who saw notices of the directive.