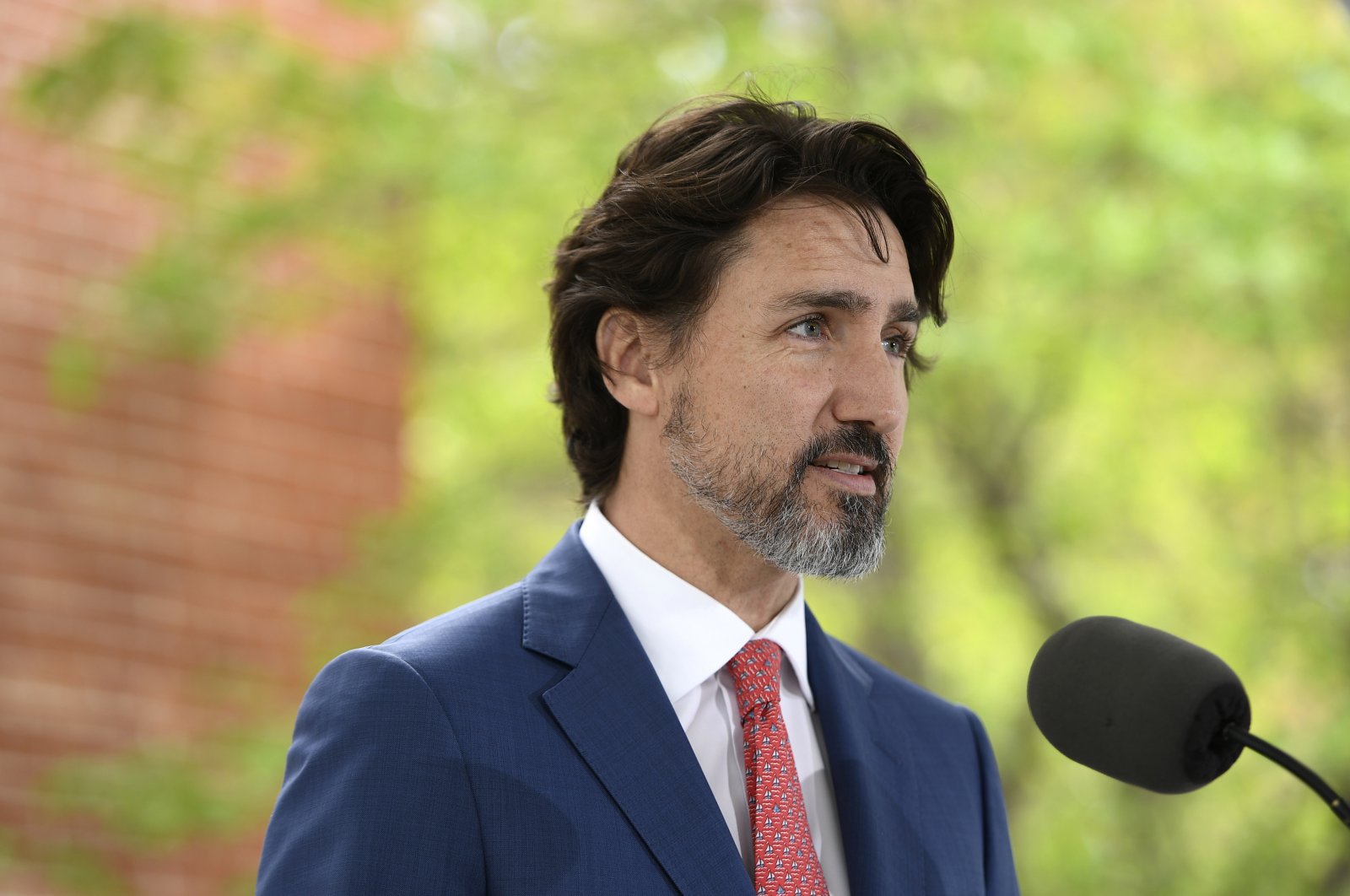 Canadian Prime Minister Justin Trudeau speaks during his daily news conference on the COVID-19 pandemic outside his residence at Rideau Cottage in Ottawa, Ontario, on Tuesday, May 19, 2020. (Justin Tang/The Canadian Press via AP)
by French Press Agency - AFP May 21, 2020 10:00 pm
RECOMMENDED

Beijing's linking of its detention of two Canadians in China to the arrest of a Chinese executive in Vancouver shows it doesn't understand the meaning of an independent judiciary, Prime Minister Justin Trudeau said Thursday.

"Canada has an independent judicial system that functions without interference or override by politicians.

"China doesn't work quite the same way and doesn't seem to understand that," he said, calling the linkage of the cases "distressing" while vowing to continue to press for the release of the two Canadians.

The arrests led to the worst ever crisis in relations between the two nations, with accusations of "arbitrary detentions" and hostage diplomacy met with trade sanctions and suspended consular visits.

Kovrig and Spavor have been held on espionage suspicions and refused access to lawyers.

Meng, meanwhile, has been living in a Vancouver mansion after being granted bail while fighting extradition in court.

The U.S. is seeking to put her on trial for Huawei's alleged violations of U.S. sanctions against Iran.

Earlier, Chinese ambassador Cong Peiwu told Global News that "competent Chinese authorities are handling the cases (of Kovrig and Spavor) according to law."

He then pivoted to Meng, saying her case was "the biggest issue in our bilateral relationship," renewing demands that she be sent back to China "smoothly and safely."

A decision in the first phase of the Meng case, which dealt with whether her alleged crimes are punishable in Canada – key criteria for extradition to proceed – is expected on Wednesday.

If the judge rules against Meng, then the case will proceed to the second phase of arguments in June.