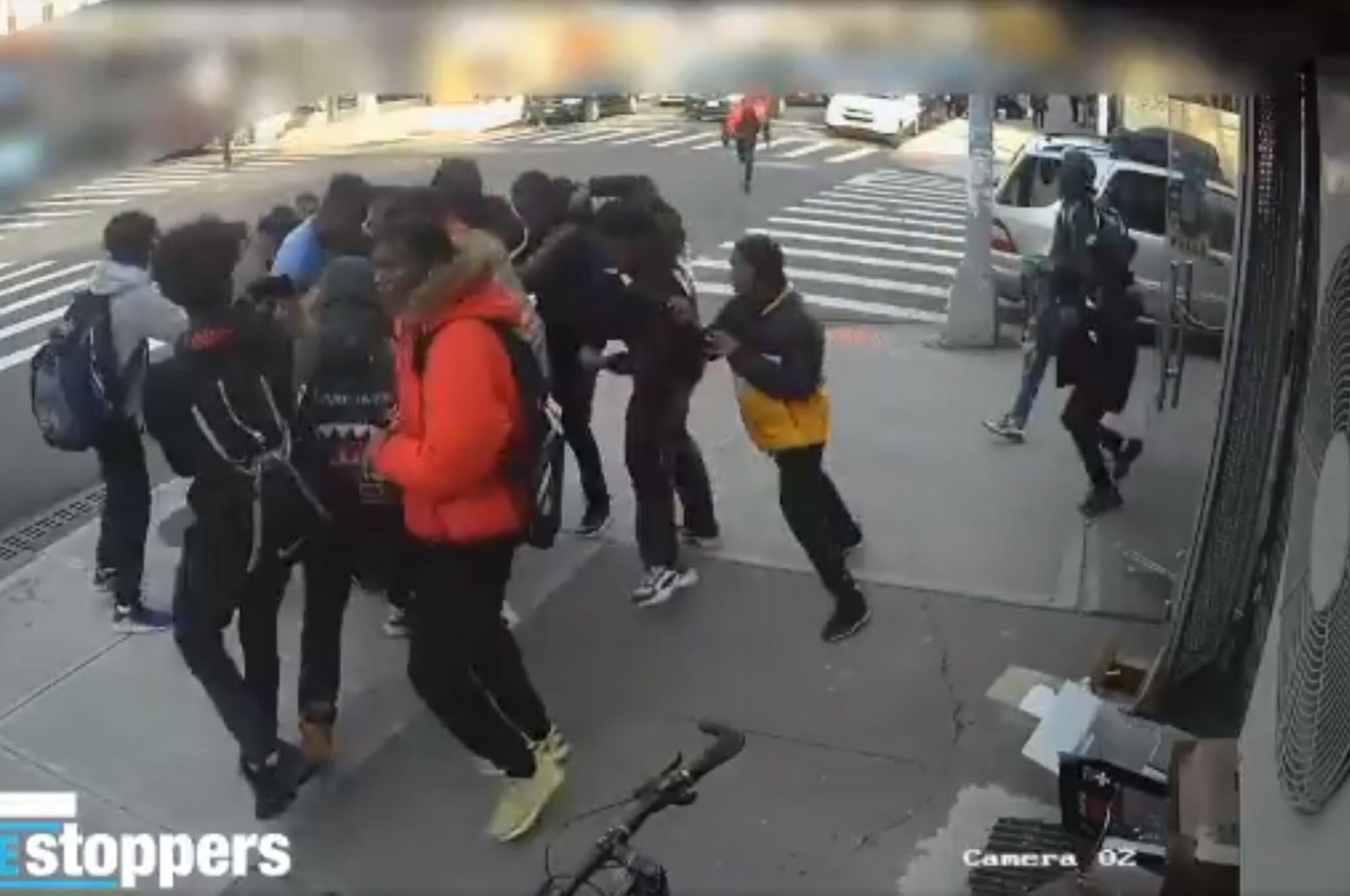 A 15-year-old girl was beaten and robbed by a teenage mob in Brooklyn, New York. The footage that was released by the police Friday shows the attackers beating up the girl for unknown reasons. According to the police, she was taken to Kings County Hospital to be treated for bruising and head trauma as a result of the brutal beatdown.

The teens who committed the crime ranged in age from 14 to 16.

The girl was walking on Utica Avenue near Sterling Place in Crown Heights at 4:10 p.m. on Thursday. When she reached the corner, a group of teenagers lunged at her. After repeatedly kicking and punching her, one teenager stole the victim’s black and white Air Jordans, leaving her limp on the ground. According to the police, they also took her cellphone and debit card before running away.

According to the New York Post, a 35-year-old hairstylist named Jennifer who works at Diamond Kouture saw the girl on the ground, bleeding from her head.

“When they find (those) kids, they need to lock them up and throw away the key. That little girl was unconscious on the ground,” she said.

“This is unacceptable,” Brooklyn Borough President Eric Adams said in a Facebook Live post Friday morning. “And it’s not funny. It’s not cute. It’s not something we can ignore and act like it did not happen.”

The footage was released Friday by the police. On Saturday, four boys were arrested, and two more boys and one 14-year-old girl were arrested on Sunday. They were charged with robbery and gang assault for the attack.