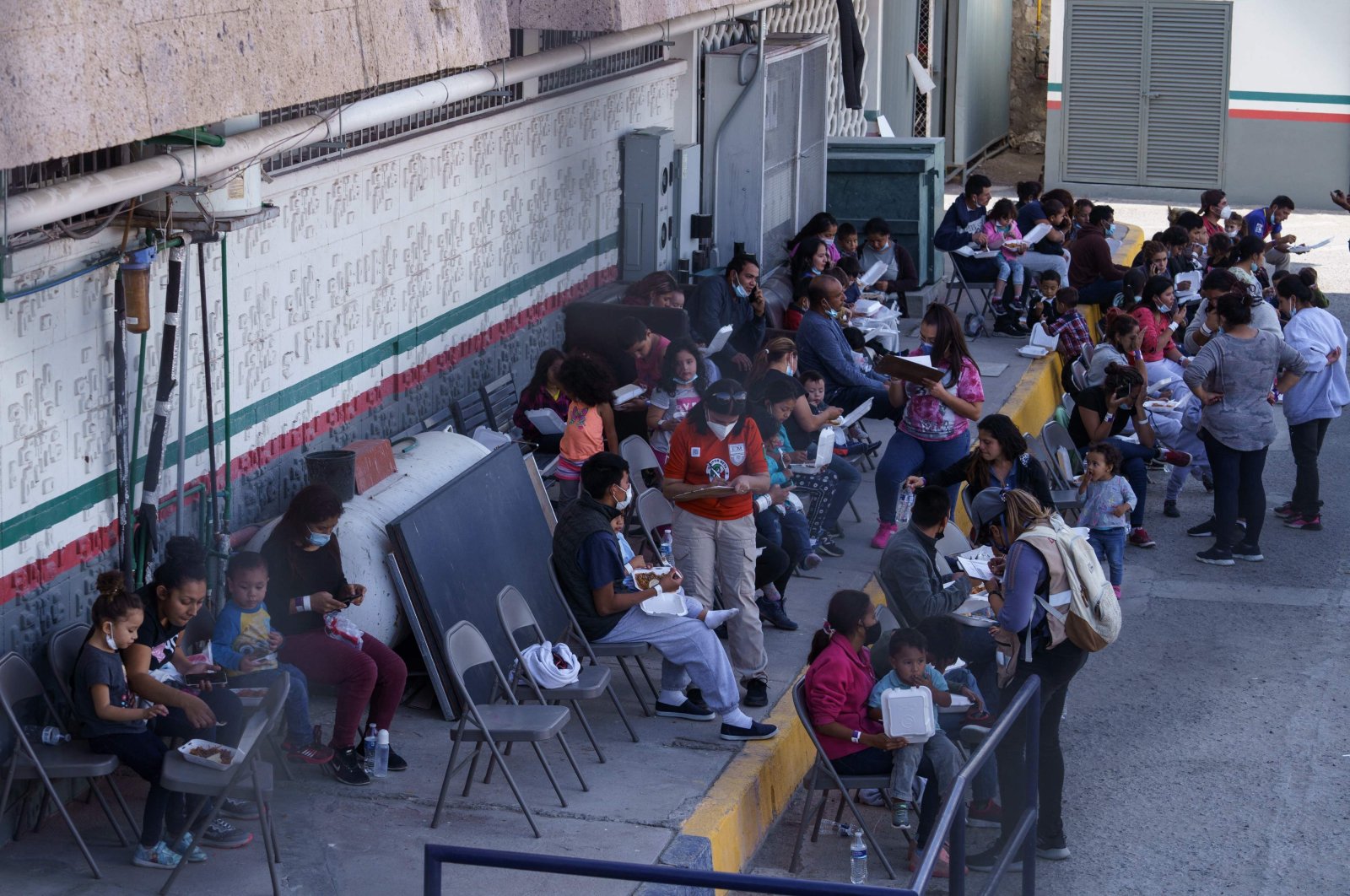 Migrants that crossed into the United States in the Rio Grande Valley and were flown to El Paso, Texas, rest at the Instituto Nacional de Migracion after being expelled to Mexico in Ciudad Juarez on April 6, 2021. (AFP Photo)
by ASSOCIATED PRESS Apr 08, 2021 11:50 am
RECOMMENDED

Texas child welfare officials for the first time announced that they will launch an investigation into three reports alleging abuse and neglect at a San Antonio coliseum that is a shelter for more than 1,600 immigrant teenagers who crossed the southern border.

A county official who also volunteers at the San Antonio site, the Freeman Coliseum, said the nature of the allegations does not align with what she has seen in multiple visits to the facility. Child welfare officials would not reveal details about who made the allegations, but Republican Gov. Greg Abbott said his understanding was that they came from someone who had been inside the facility.

One of the allegations include sexual abuse, but no further details were provided. Other allegations include insufficient staffing, children not eating and those who tested positive for COVID-19 not being separated, Abbott said at a news conference that he quickly arranged outside the facility Wednesday evening. For weeks, Abbott has joined Republicans in criticizing the Biden administration for the handling of the migration challenges at the U.S. southern border.

"This facility should shut down immediately. The children should be moved to better-staffed and better-secured locations,” Abbott said.

Bexar County Commissioner Rebeca Clay-Flores, who has been inside the facility as both an elected official and volunteer, said the teenagers are offered three meals and two snacks a day and anyone who tests positive for COVID-19 is put in a separate area far from other children.

She toured the facility with Abbott after his press conference and said he asked staff questions that included COVID-19 testing protocols. "I wish the governor had done his tour before the press conference when he politicized children,” said Clay-Flores, an elected Democrat.

The U.S. Department of Health and Human Services said in a statement that it could not comment on specific cases but "has a zero-tolerance policy for all forms of sexual abuse, sexual harassment and inappropriate sexual behavior.”

The allegations were received by the Texas Department of Family and Protective Services. Spokesperson Patrick Crimmins said he did not immediately know if the state had received other abuse or neglect allegations at emergency sites for migrant youths in Texas.

HHS has rushed to open large sites to house migrant children across the Southwest amid a sharp increase in crossings of unaccompanied youths at the southern border.

The agency’s lack of capacity as border crossings were rising at the start of the Biden administration has led to children sometimes waiting for weeks in overcrowded and unsuitable Border Patrol facilities. Just in March and April, HHS has added more than 17,000 beds at convention centers, camps for oil field workers and military bases – more than doubling the capacity of its longstanding system of permanent facilities that took years to open.

The U.S. government last month had stopped taking immigrant teenagers to one site in Midland as it faced questions about the safety of the emergency sites. Midland County District Attorney Laura Nodolf said Wednesday that they have been "faced with allegations that have resulted in an ongoing criminal investigation” but offered no further details. She said the allegations were also reported to federal officials.

To staff its emergency sites, HHS waived regulations that normally apply to its permanent facilities, including bypassing FBI fingerprint background checks for all caregivers. It has hired a mix of contractors and nonprofits to staff the sites, with job postings going up in several cities seeking people to start work immediately. There is no information to suggest any staff member is accused of assaulting a child.