Thousands march in US cities to safeguard minority voting rights 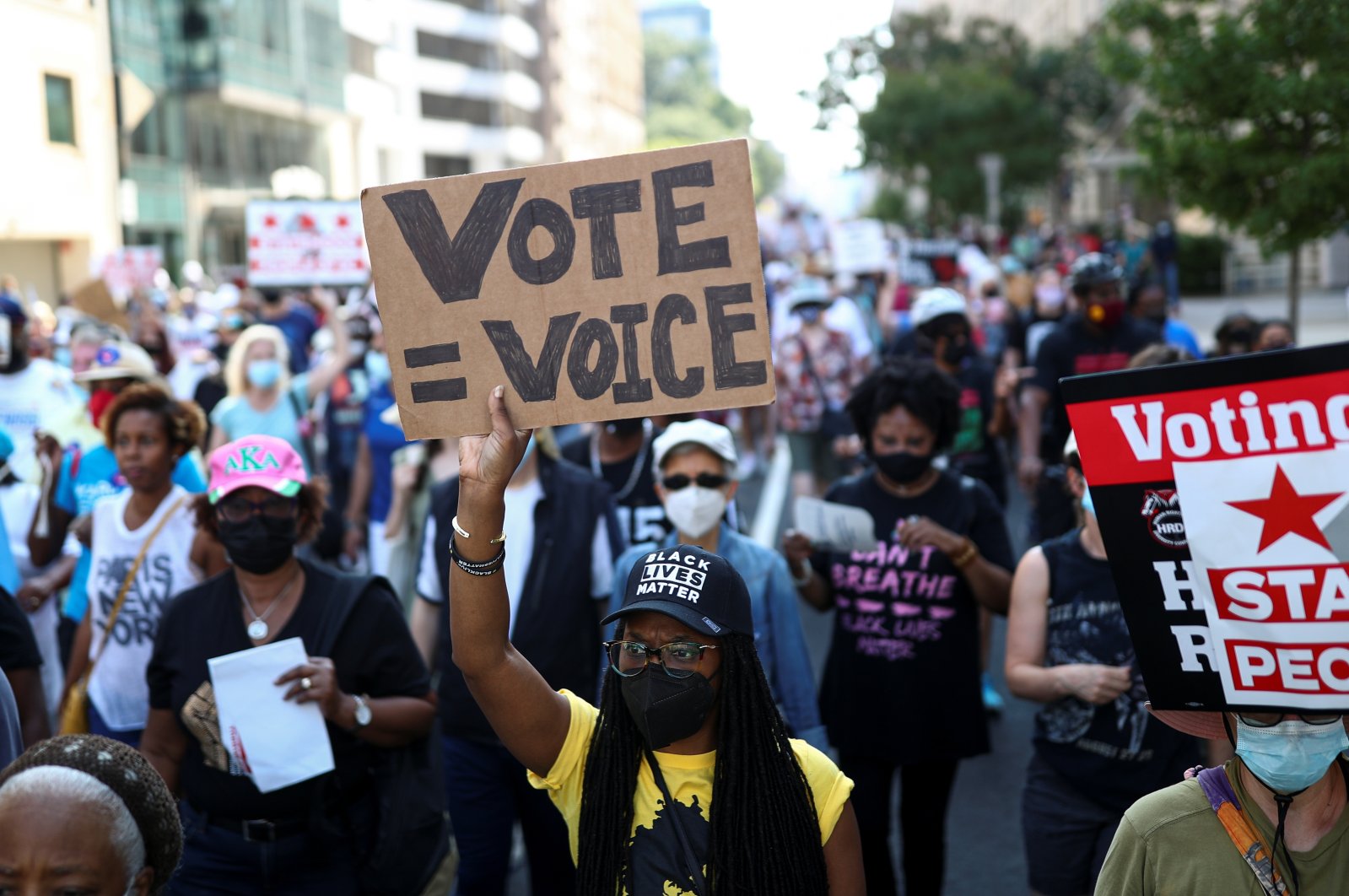 Tens of thousands of people took to the streets in Washington, Houston, Atlanta and other U.S. cities to protest against laws in several Republican-led states that critics say will make it harder for minorities to vote.

The date selected for the rallies was not picked at random: It was on August 28, 1963, that a quarter-million people descended on Washington for a massive civil rights rally highlighted by the Reverend Martin Luther King Jr.'s famous "I have a dream" speech.

Addressing a much smaller crowd on Saturday, his son Martin Luther King III spoke of the need to safeguard American democracy and to guarantee voting rights for everyone.

"You are the dream, and this is our moment to make it true," he said.

Since January, at least 18 states have adopted a total of 30 restrictive election laws, with dozens of others under consideration, according to the Brennan Center for Justice, a nonprofit public policy institute.

Those laws range from a requirement to have a fixed address in order to register to vote to a ban on the drive-through voting that was popular in some states last year amid the COVID-19 pandemic.

Carrying signs that read "Voting rights for all" and "Your vote matters," the protesters marched in Washington's humid heat from the White House to the Capitol, the seat of the U.S. Congress.

About 20,000 people were in attendance, according to organizers. "I just feel like we just kind of went backwards," said Rikkea Harris, 25, a university student who had traveled from Colorado.

Her father, Rickey Harris, 65, said that protesting was key to "trying to knock down all these voting suppression laws that they're putting in across the country." In 1965 the U.S. Congress adopted the Voting Rights Act, meant to ban discriminatory election measures.

But some states, mainly in the South, have passed often technical changes that make it harder for minorities – who tend to be Democrat voters – to cast a ballot. That process accelerated sharply as Donald Trump pushed false claims that massive fraud had cost him victory in the November 2020 presidential election.

The organizers of Saturday's protests denounced the legislation as "racist, anti-democratic voter suppression laws," and demanded that the U.S. Congress pass legislation to block such voting restrictions.

The Democratic-controlled House of Representatives has passed two draft laws to limit the restrictions, but they are unlikely to pass the closely divided Senate. On this day last year, thousands of people gathered in Washington to mark the anniversary of the 1963 speech and to demand – only months after the killing of George Floyd in Minneapolis – an end to police violence against blacks.

"I'm disappointed one year later because it seems like we are going in the wrong direction," said Rickey Harris.