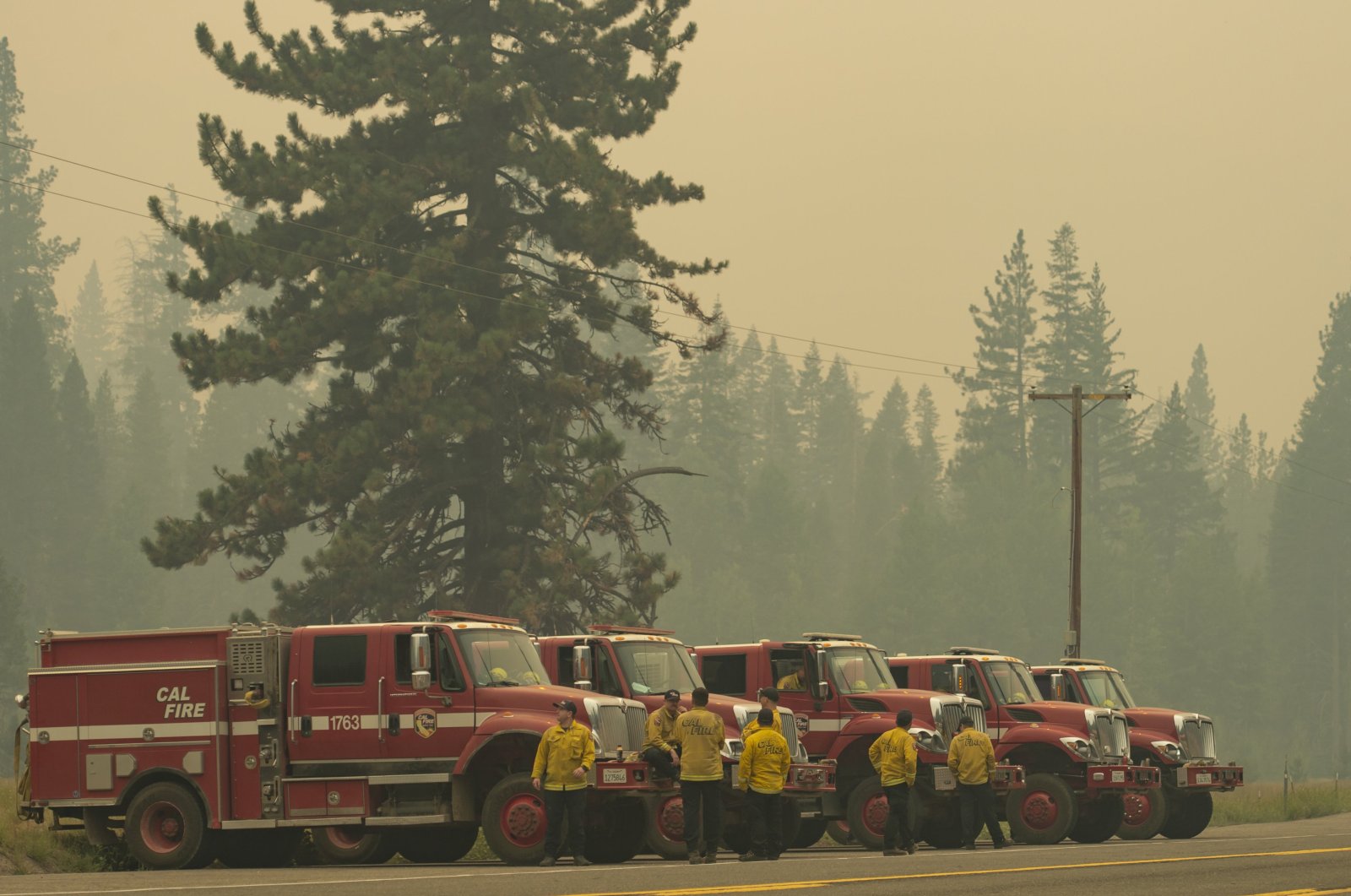 Cal Fire vehicles line up along Highway 50 in Strawberry, California, as smoke from the Caldor Fire burning on both sides of the route fills the air, Calif, U.S., Sunday, Aug. 22, 2021. (Sara Nevis / The Sacramento Bee via AP)
by ASSOCIATED PRESS Aug 24, 2021 12:09 am
RECOMMENDED

Over 13,500 firefighters were Monday fighting to contain a dozen large California wildfires that have destroyed hundreds of homes and forced thousands of people to leave their homes.

In Northern California, where most of the blazes are burning, there were no red flag warnings for critical conditions but the California Department of Forestry and Fire Protection said fire danger was expected to remain elevated through midweek.

Cal Fire said the potential for large wildfires will continue to be low in Southern California. The intrusion of moist ocean air inland has been keeping skies cloudy and temperatures cooler than normal well into each day.

While Southern California has so far escaped large-scale wildfires this year, Los Angeles officials Monday urged residents to be aware of what’s going on in the north because the region’s high fire season is typically late in the year when dry, gusty Santa Ana winds blast out of the interior and flow toward the coast.

“That awareness is going to help us when it happens here in Southern California,” Los Angeles Fire Chief Ralph Terrazas said during a briefing to display the city’s fleet of firefighting helicopters at Van Nuys Airport.

The mix of spring growth dried out by summer heat and high winds creates “a dangerous condition that could lead to large, fast-moving brush fires,” he said.

California’s fires were among more than 90 large, active blazes in the United States Monday, according to the National Interagency Fire Center in Boise, Idaho.

Climate change has made the West warmer and drier in the past 30 years and will continue to make the weather more extreme and wildfires more destructive, according to scientists.